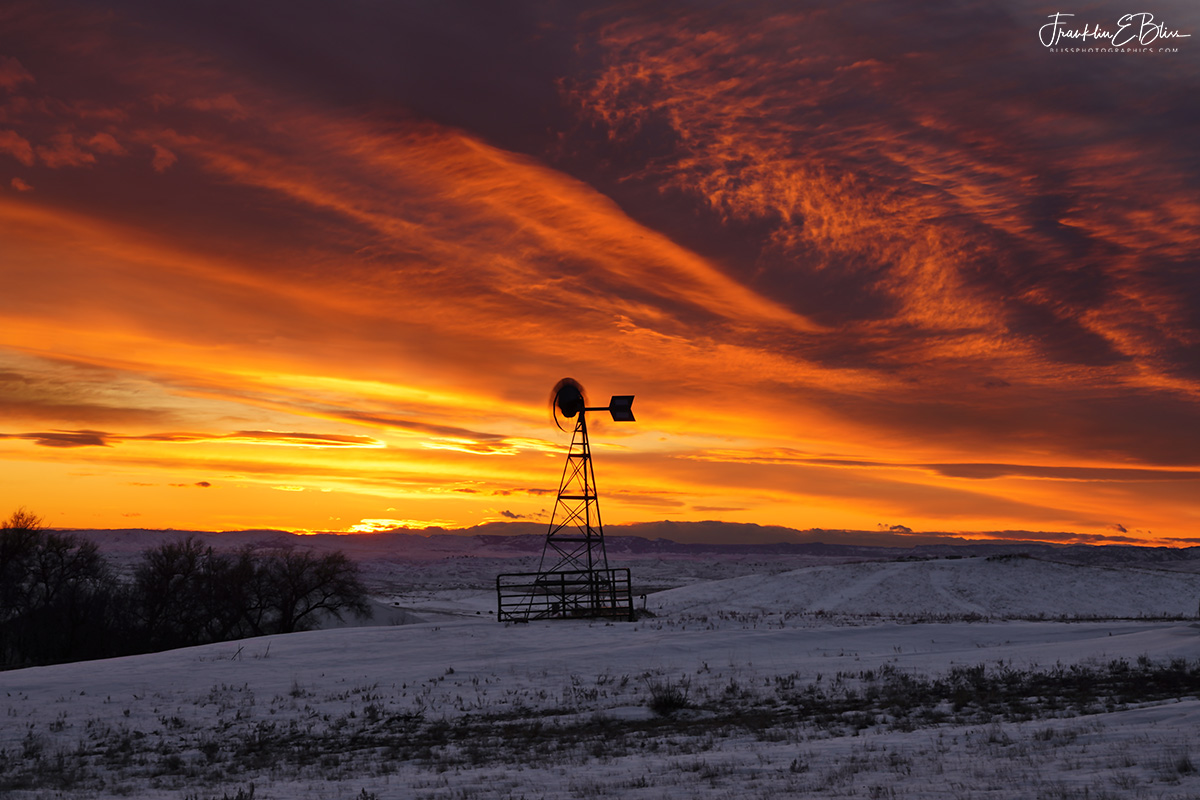 “Sneaky Pete” the Windmill has positioned himself dead center of this BIG twilight borderlands twilight sky show. Habitual Photo-bombers like Sneaky are incorrigible. I have no control over their actions.

I never know for sure how a twilight show is going to turn out. Overcast skies tend to be the best shows but there has to be a window from the sun to the under deck of the cloud layers. No window due to clouds blocking light equals no color.

The reds and oranges you see here are the result of only those long wavelengths making it through the hundreds of miles of atmosphere. Smoke or moisture in the air can increase the effect. I’ve seen these skies so red that the color cast from the sky makes the snow purple. I have several photographic timelines of even more intense skies. This one ranks right up there with the some of the best full coverage skies. This is a pretty wide and tall image out of a 24mm lens.

Commentary on the weather:

We have way more snow than this at the moment. Winter has been very early this year. There is a lot of snow in the backcountry now and it’s not Christmas yet. IT has been a very moist year with every season being a month off. Spring was late and fall was REALLY EARLY on a Tuesday. Oct 1 Winter began this year. In the past I’ve driven down empty roads through Yellowstone in October before. I’ve never seen as cool/moist as year as this in my 30 years of living in Wyoming. It’s going to be a very long winter I’m afraid.. Starting winter early is bad.😫 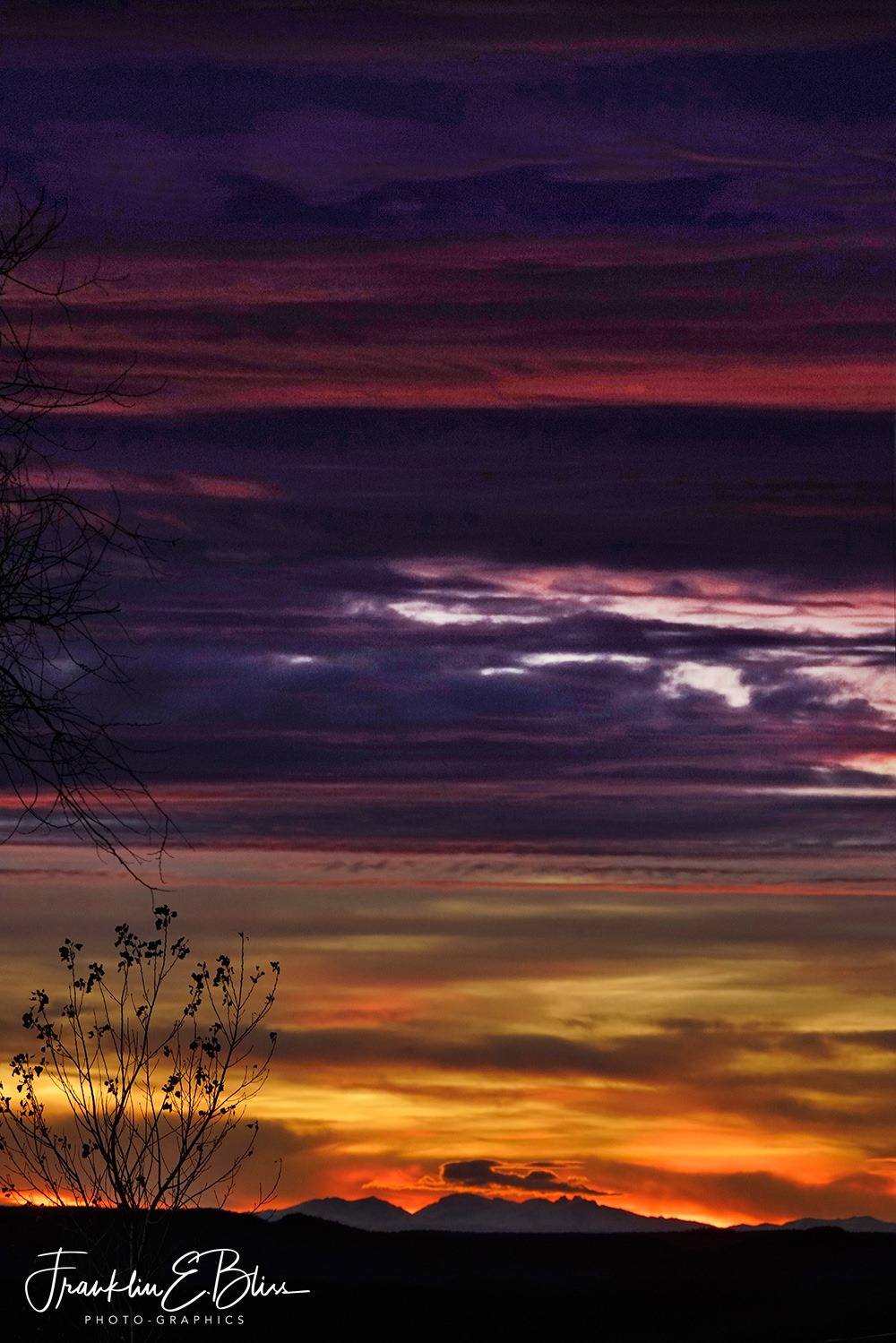 Off the rear deck….. (Seriously). Those are the Bighorn Mountains… 130 miles out……On The Rear Deck