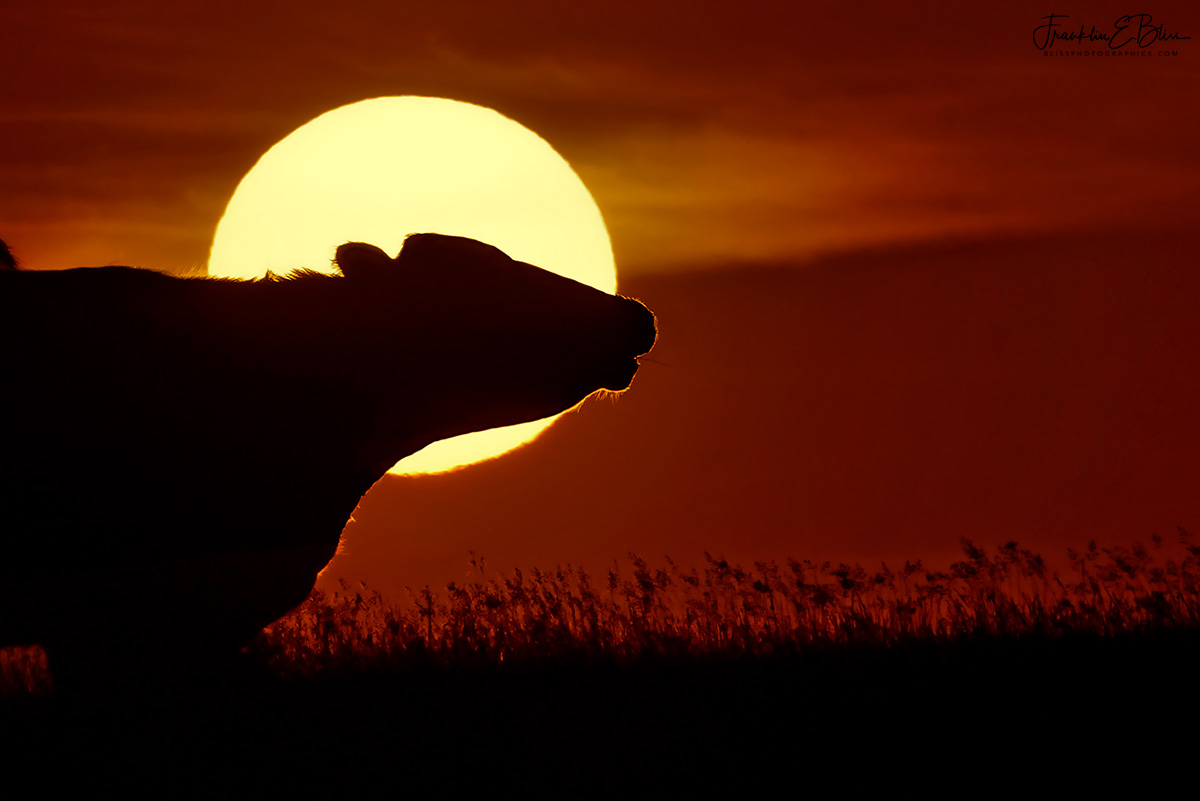 As I drive around our ranch. I check water tanks and fix fences that don’t need to be down. It’s good to keep cattle out of the hay bales for instance. I also keep a good pile of cameras with me. Each is a specialty tool with a lens on it that does a particular task. Short lenses, long lenses and many in between. Usually when an alignment of planets occurs, a long lens at a good distance is a nice application.

This cow filter worked very well to reduce the over all light reaching my camera. Not quite 1/2 of the suns disk was blocked and thus this image was possible. I really don’t like glass filters in front of my lens when pointing at the sun. (I use mirrorless cameras only please so I don’t blind myself). Calling this scene bright would be an understatement. You certainly couldn’t look at it bare eyed. The mirrorless removable lens camera displays the image on a video screen in the eyepiece or the LCD on the back of the camera. All live real time. Your settings change the image live. You know what your going to get (more or less) what you see in the eyepiece. Working a good camera on Manual takes on a whole different style.

Disclaimer: Don’t try this with your DSLR camera as the direct path of light to your eye will probably blind you. Also, some mirrorless cameras are not rated for this kind of telephoto sun shot. Don’t assume a smaller sensor camera (I use full frame Sony Alpha 7’s) will take this without burning a hole in the sensor. 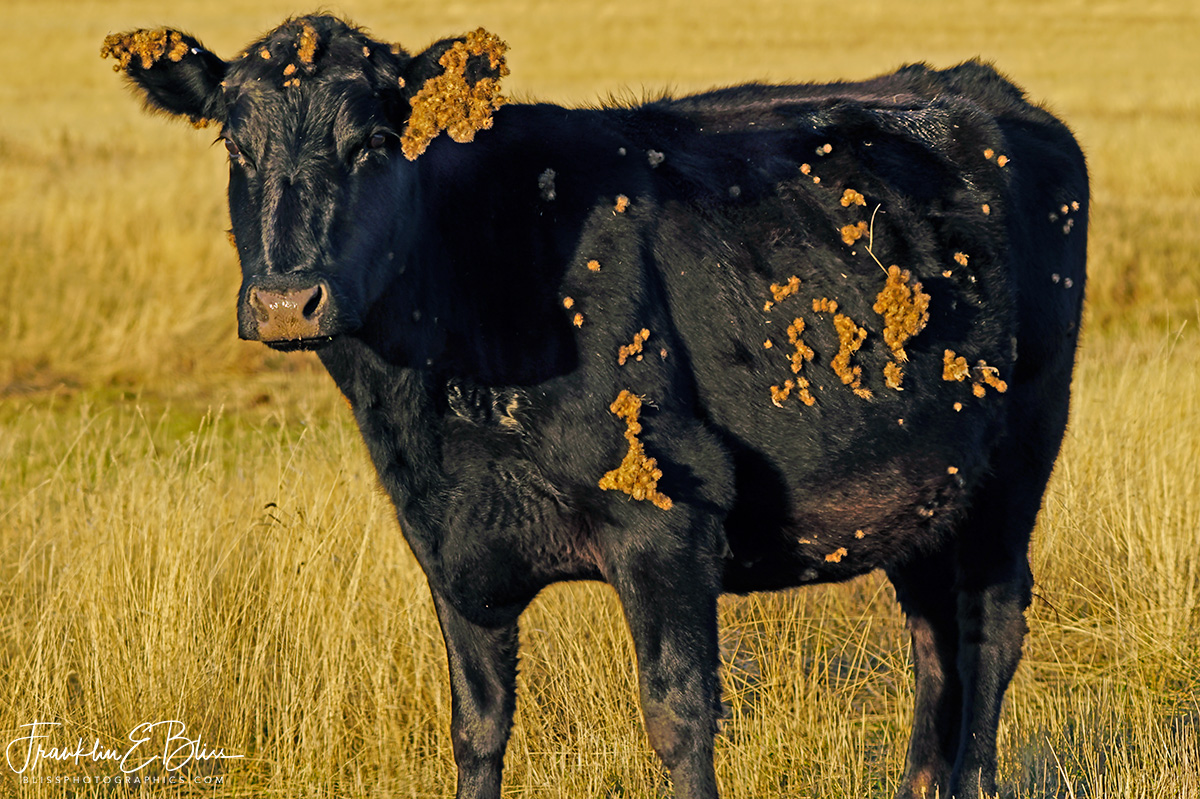 Cow’s Bad Hair Day is one of those captures that just makes me roll my eyes lol. I’m pretty sure she was miserable about this 😔

The inventor claims Velcro was conceived from observing the seeds “hook” like design combined with it’s “adhesive” qualities. The hook’s at the perimeter of the seed cluster attaches to hair, clothing and even feathers. Some birds getting into Burdocks, totally covered in burrs.

It “Symbolizes” Abundance I understand.

Burdock has world wide distribution (not surprising). It’s a great dispersal strategy which lends seeds to travel lol. It is however, a VERY good plant to know about. It is a common food in the orient utilizing the tap root of young plants as a vegetable. Soak the shreaded roots for 10 minutes. This will cause it to loose a slight muddy taste. Known at ‘gobo” in Japan, I have eaten it before in several different pork dishes and soups. The tap roots resemble a carrot in shape. It has lots of fiber also a good source of calcium, potassium and various amino acids.

Burdock beer was common back in the middle ages. Known as hedgerow mead it is still a flavor. In the United Kingdom, “Dandilion and Burdock” is a popular soft drink even today.. Historically used as a “bittering agent in beer prior to the introduction of hops in beer for this purpose.

Medicinal Uses. Pregnant women might want to avoid Burdock. Believed to increase lactation, so…. Careful too as it can cause contact dermititus in some and in more sensitive individuals, allergic reactions .

Traditional Herbalists, who consider the dried roots and seeds useful. (Chinese traditional medicine) both of which are used as treatments for many Ailments. Often used as a diurietic (makes you pee/loose water), and a diaphoretic (makes you sweat). I’m pretty sure there are volumes written about this plant on line. Googling this might be a good thing. 😃