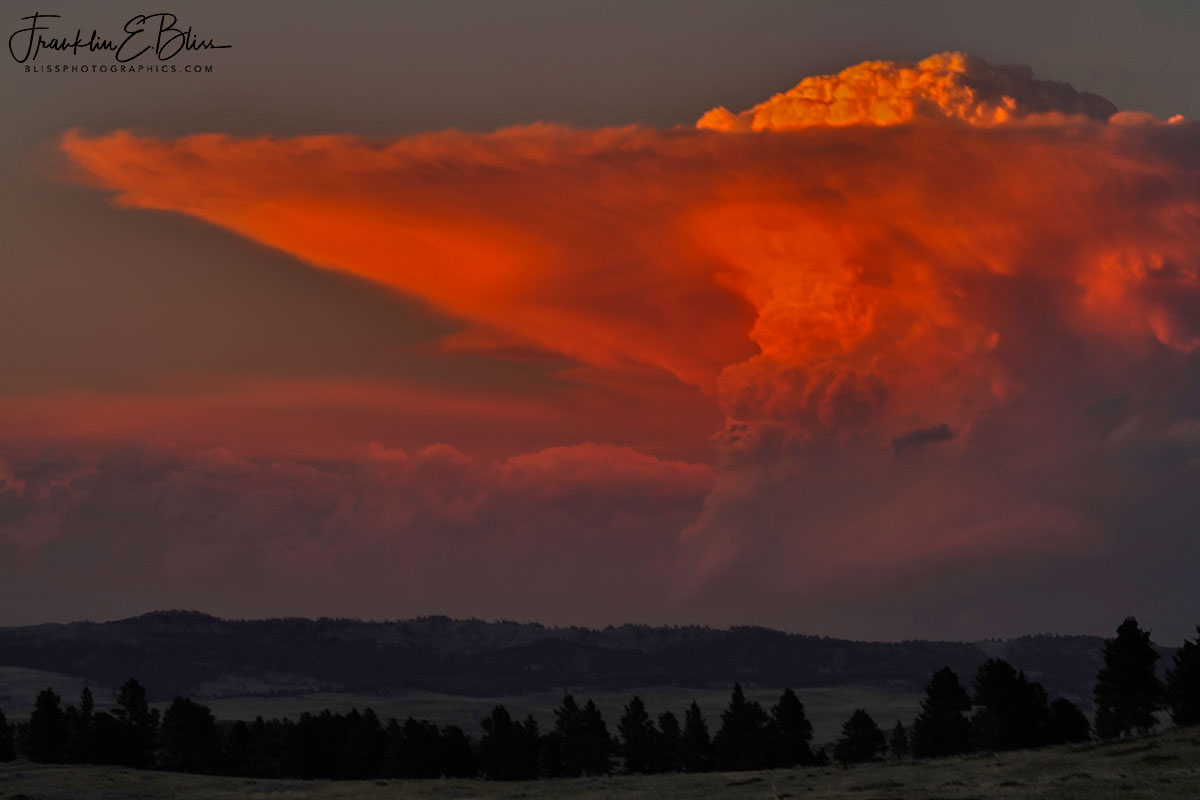 Late in the timeline of that day, into civil twilight at Dusk. The Landscape was barely visible to me so the exposure times elongated further than that storms anvil. The rising column of air going up over 30K feet at least. Only the red rays survive the atmospheric gauntlet to reflect back at my lenses. The storm is 80 miles to the north east and is classified as a Mesocyclone. A big lumbering spinning top of a weather system, they are massively powerful. The higher, the more powerful. Anybody under these things are certainly aware of it. You’d have to be several stories under ground to ignore the presence of this kind of hail storm.

How badly your effected by the passing of these as they move across the prairie, depends on your location. If it randomly moves over where you are, there is usually heavy rain, hail up to softball (we had such sized hail hit us back in 2008) sized, lightning with possible tornadic activity. Strong down drafts also can cause massive damage as those hit in Iowa in early August 2020. These are were we get most of our precipitation during the summer months.

Heaven forbid they stall directly over you below a down draft. We got 4 inches or hard rain over 45 minutes about a decade ago. Sheet wash ankle deep was running down the hill and around my house during that event. They are not a daily event but we do see these every other week during the late green and early brown season. Life on the high plains has it’s exciting moments.. 😜 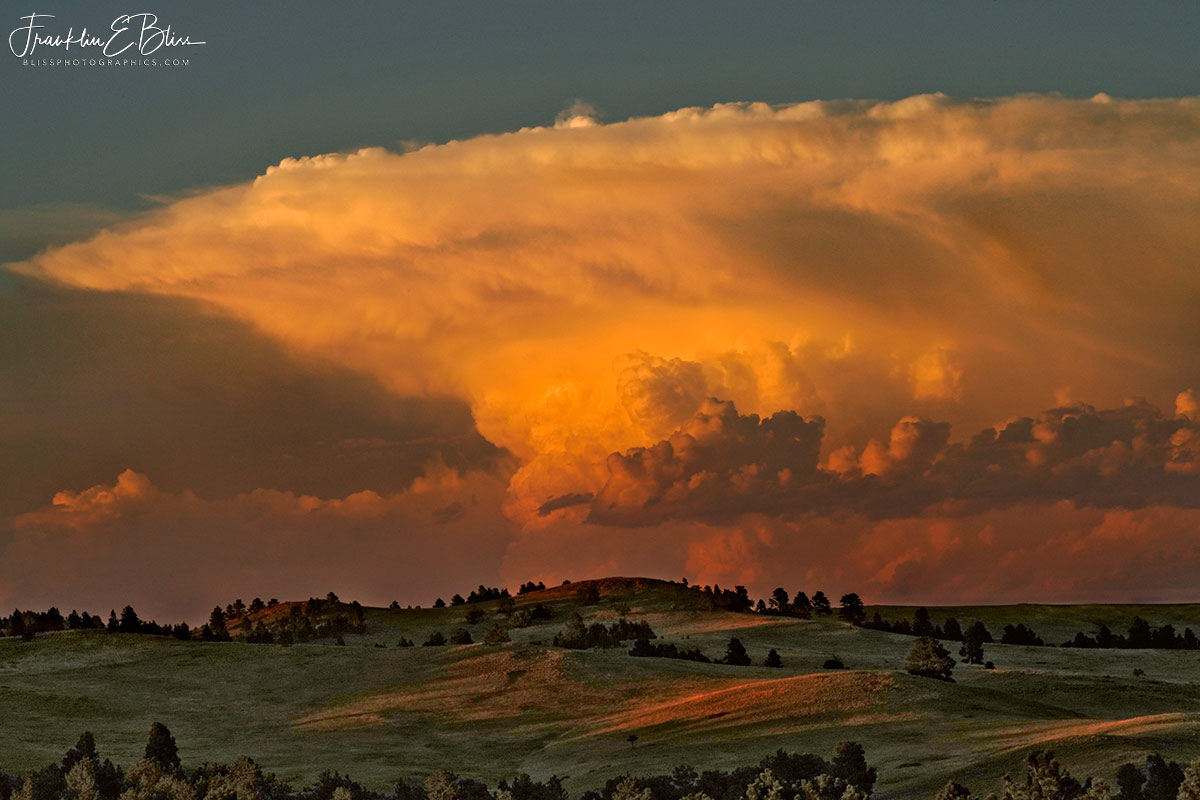 Landscape After the Storm

When one of these Mesocylcones moves over you, the understanding of how insignificant our concerns are compared to the scale of a storm such as this. This storm was 80 miles to our north and certainly covered parts of 3 states. I’m taking the photo from Wyoming looking northeast toward Ekalaka Montana not far from the triple border area of Montana/South Dakota/North Dakota.. That is very close to the exact geographic center of the North American Continent coincidentally.🤔 (Factoid out of the blue).

I had followed this storm around a while working the light here just as the last gasps of the light of day skiffs off the hill tops. A complex cloud system 360 degrees surrounding me made for an interesting evening. Focusing here on the “backshow” of the main show over my left shoulder. Looking here to the northeast near Rockypoint Wyoming. I’m pretty sure a lot of people saw this show about 10 days before this posts. My current time from click to publishing is around that interval this summer.

I photograph a lot of weather systems these days. I couldn’t ask for a better time of day with the lighting that night. Note the top of the storm is white with blue sky. That is unfiltered light. The lower part of the storm is illuminated by the same red light skiffing off the hilltops. The late “Golden Hour” red colorcast is related to the “Belt of Venus” alpenglow colors but the cloud is the projecting screen. In true “Belt of Venus” colorcast the projector screen is ice in the atmosphere not clouds. It’s the same type of light though, all filtered of it’s shorter wavelengths of indio blue and green. Only orange through red survive to be reflected to my lenses. The colors here are true to the scene I saw. It got a LOT redder later in this timeline. The lower in the cloud, the longer through the atmosphere the light had to travel. Stay tuned for those later images. Brilliant orange stuff… 📷

Title: Landscape After the Storm

Landscape After the Storm