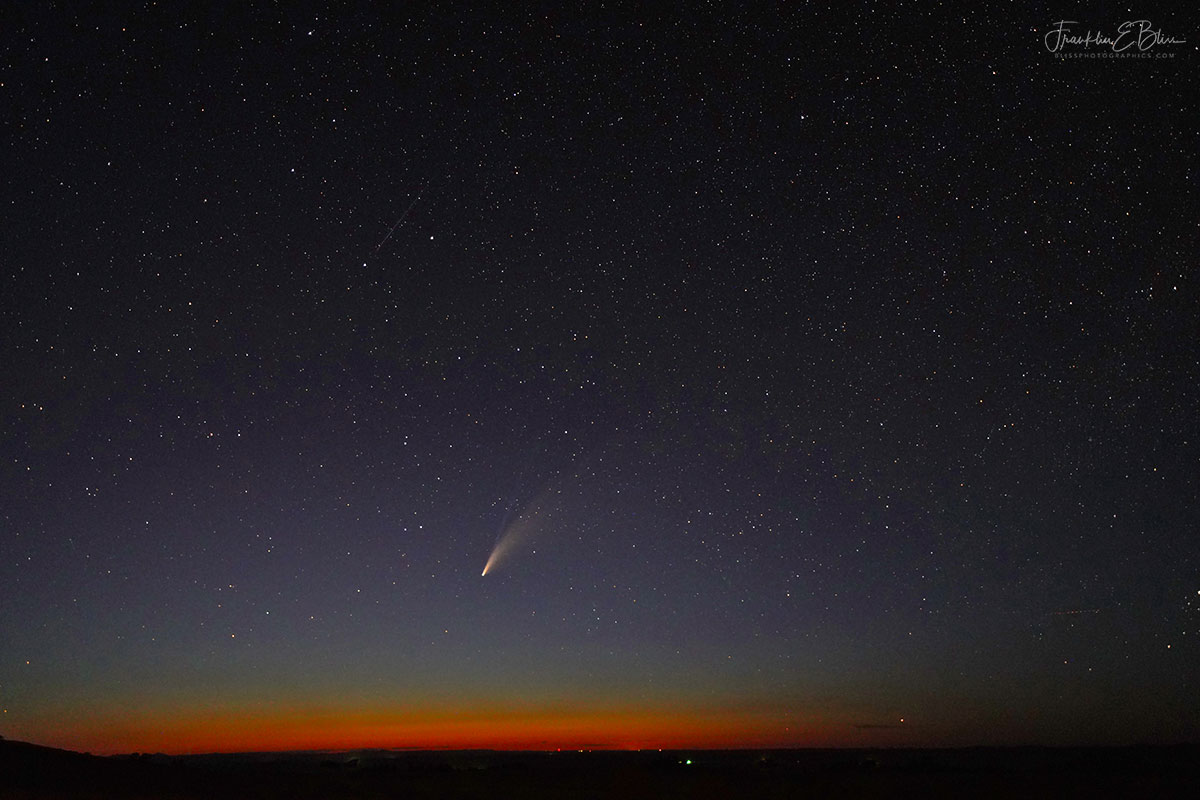 NASA’s Near-Earth Object Wide-field Infrared Survey Explorer (NEOWISE) mission first discovered this icy visitor on March 27, 2020. So Neowise the Comet was Named after the space craft that discovered it. It used its two infrared cameras, which are sensitive to the heat signatures given off by the icy core of the eventual comet as the Sun started to turn up the heat.. Many come as close as 62,000,000 (62 Million) close to the earth this pass around the sun for it. The NEOWISE space Craft is going to re-enter our atmosphere as it’s mission ends and will be replaced by the next generation machinery.

This Comet is a surprise visitor at our door. It’s orbit actually brings it inside the orbit of Mercury. That is a very rough ride for a chunk of ice and rock about 3 miles in diameter. It was super-heated (as it were versus deep space) causing a very good display of our celestial wheel turning.

This is a once in a lifetime opportunity. It’s a naked eye comet and the brightest in over 20 years. Comet Hale-Bopp in 1995 – 1996 which I worked extensively with a film camera from a dark sky location near Jackson Hole. By the time this posts on the 24th of July, Neowise (the comet) will be pointing it’s tail(s) to the left. Look under Ursa Major in the north Sky around the top of Leo Minor. It will be getting dimmer quickly. I’ve only had 2 opportunities to work it. About 5 hours total work under the night sky around here is a change as I tend to sleep between the evening sunset and morning sunrise. What I’m saying is I don’t do a lot of night photography any more with my current schedule.