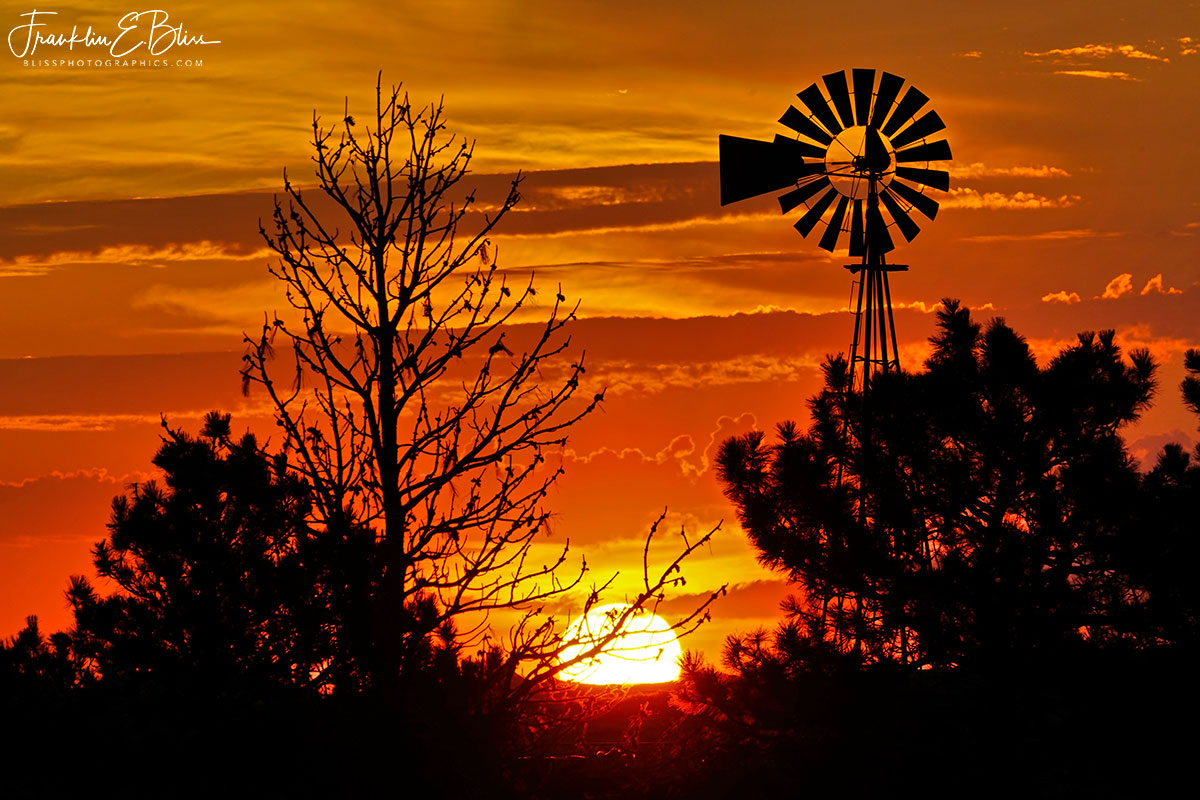 Sunset with Observers and Complications

The hundred year old trees and the nearly 100 year old windmill share the scene with us here. There was a time when I would take a light level reading spin some dials, maybe look up a setting on a chart using the film speed I chose for the event. It was the wild wild west and very expensive to take a photo. Then you could have to either print them yourself or on film. I got exposed to digital image processing/ printing seriously in 1989. Photoshop version 1 and Quark Express. I had opened a full prepress service bureau serving other graphic artists in Jackson Hole by 1993. It was film first then a laser drum scanner to

Complications: Translated through my lens to your computer by a host of technological innovations. Converting light photons to electrons in the camera. Those electrons recorded as a series of 1’s and 0’s. Those series are carefully manipulated inside the camera to start into something resembling a really huge number. Properly interpreted and modified by a host of algorithms under my control, that number is changes slightly to suit my sense of finish. From there, the computer file (image) is converted by a lossy compression scheme to .jpg. Then Facebook messes with it further resizing it to suit themselves.

Then and only then does the computer file that was generated by the photons from the sun hit your monitor. Your screen converts that big number from the electron stream back to photons for your eyes to receive.

So see! It’s a really simple process to go from my lens to your eyes.. 😜 😜