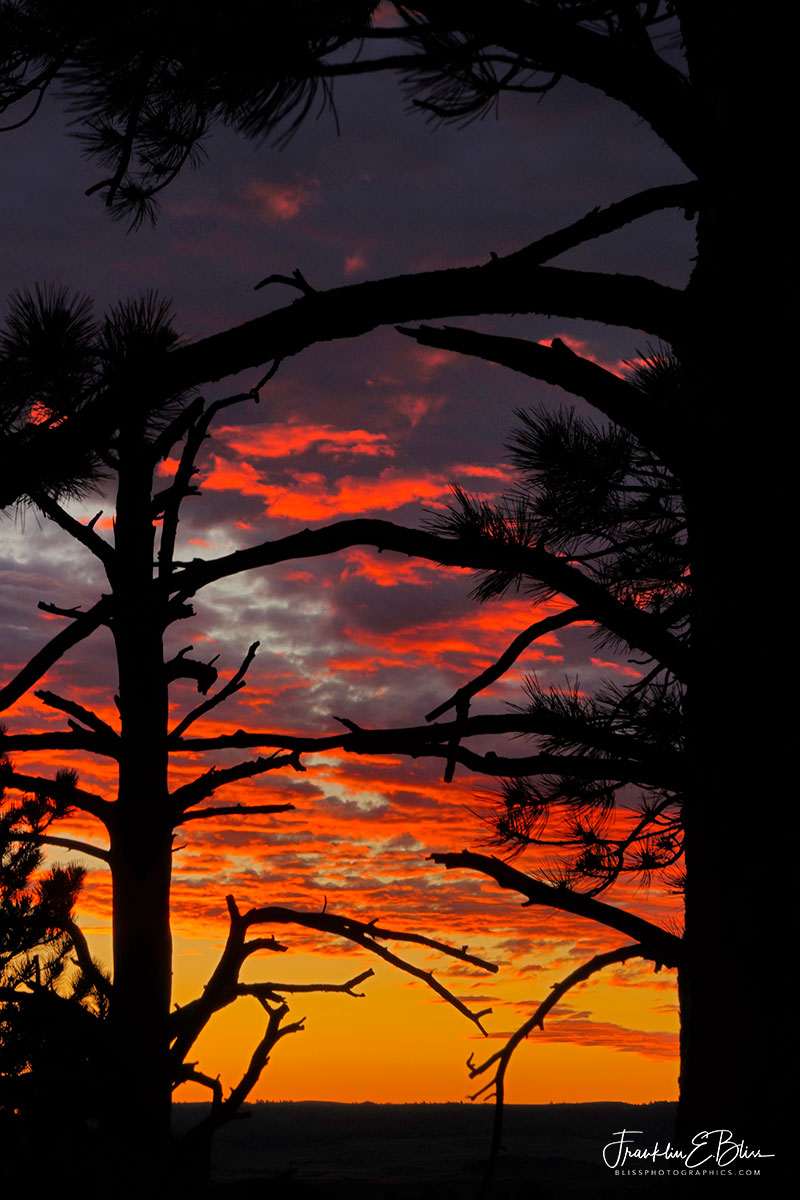 I call this backcountry ridge “Sunset Ridge” for it’s awe inspiring views of the eastern horizon covering the Big Skies of BOTH Montana and Wyoming. There is even a little South AND North Dakota there in the lower Golden Alpenglow. A classic Alpenglow Gradient with a fully involved complex cloud deck. I watched this Saturday the 20th’s morning with 3PM Mountain time roughly being the actual solstice. That is when the sun is over directly head of the Tropic of Cancer at 23.5 degrees north Latitude. This location is for all intents and purposes exactly at 45 degrees North Latitude. This will be the longest day of the year. It was a beautiful morning.

Left early mid-nautical twilight as it takes a while to get to this spot. It’s a civilized drive with a little over a mile of fairly smooth two track trail. A few miles of county gravel to start. It was cool this am in the 40’s with a stiff breeze. This kind of capture is handheld walking a ridge line I could park “Clever Girl” within walking distance of. I am NOT used to 40 degree windy weather. There is this thing called windchill that works it’s way into the “hoodie” I had on. Just for your minds eye, I am usually in full camo dress as if I was hunting wildlife. As technically I am with the cameras lol. I would rather blend in than not.