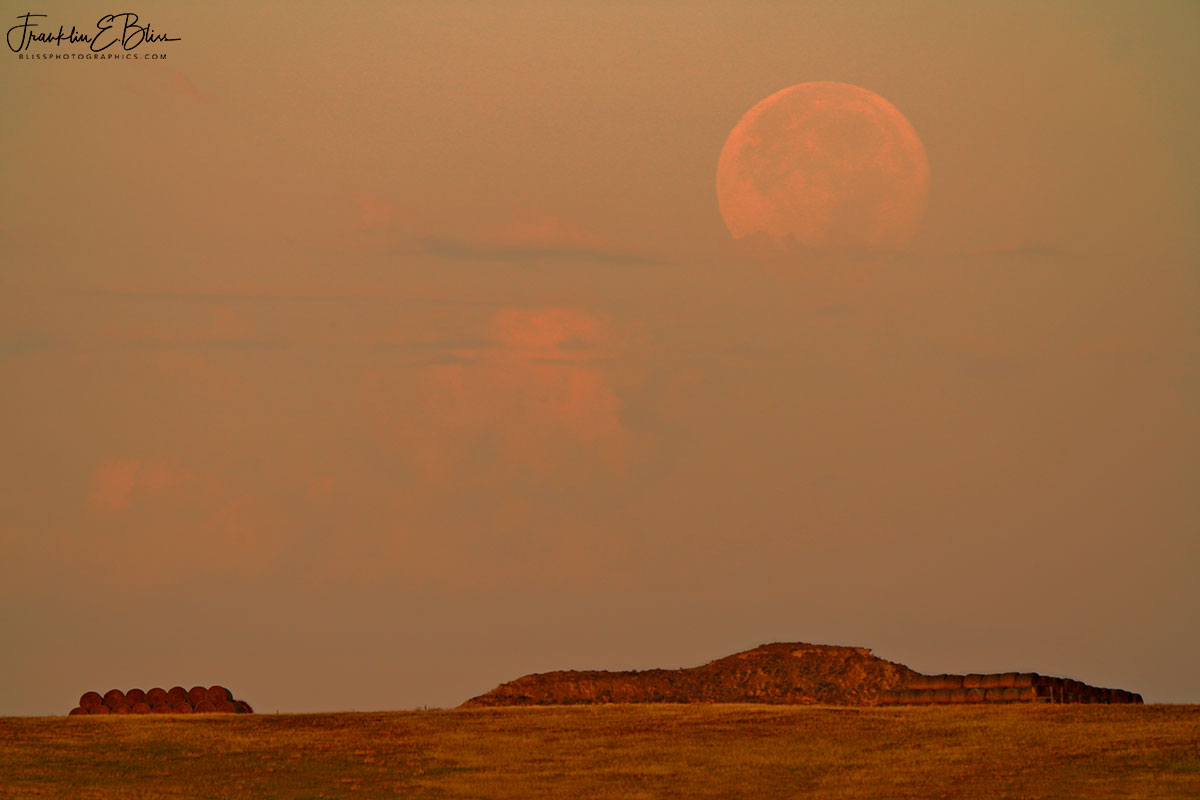 The August Full Moon Setting over two ridges and a cloud band. I’m low down in the drainage looking upward over parallel ridges. The first a mile out. The second ridge is about 7 miles out with the cloud bank further down range. The moon is a bit further out there past that. So thus a 4 layers landscape. That cloud bank was rising rapidly to cover the moons face.

The very early daylight or late twilight depending on which second this was taken. Very close to sunrise. This was the last image from this timeline. As soon as the clouds rose to cover the moons face, I was done. IT was a very subdued color with an obvious bias toward a red colorcast. All of the color on the clouds also hitting the light parts of the landscapes in the foreground. To the best of my ability, this is exactly as I saw it. Such subtle tones are rare at sunrise or sunset where intensity is usually the result. Only during twilight or smokey days do I see such lighting.

This one was a tough one to get right. As an avowed photorealist, I try REALLY hard to reproduce here the scene I saw there. The scene was somewhat dark as the sun was Just being exposed by the falling horizon. A slight ridge to the east blocks out the earliest light, I was in shadow taking the photos being a LOT lower than that far butte.