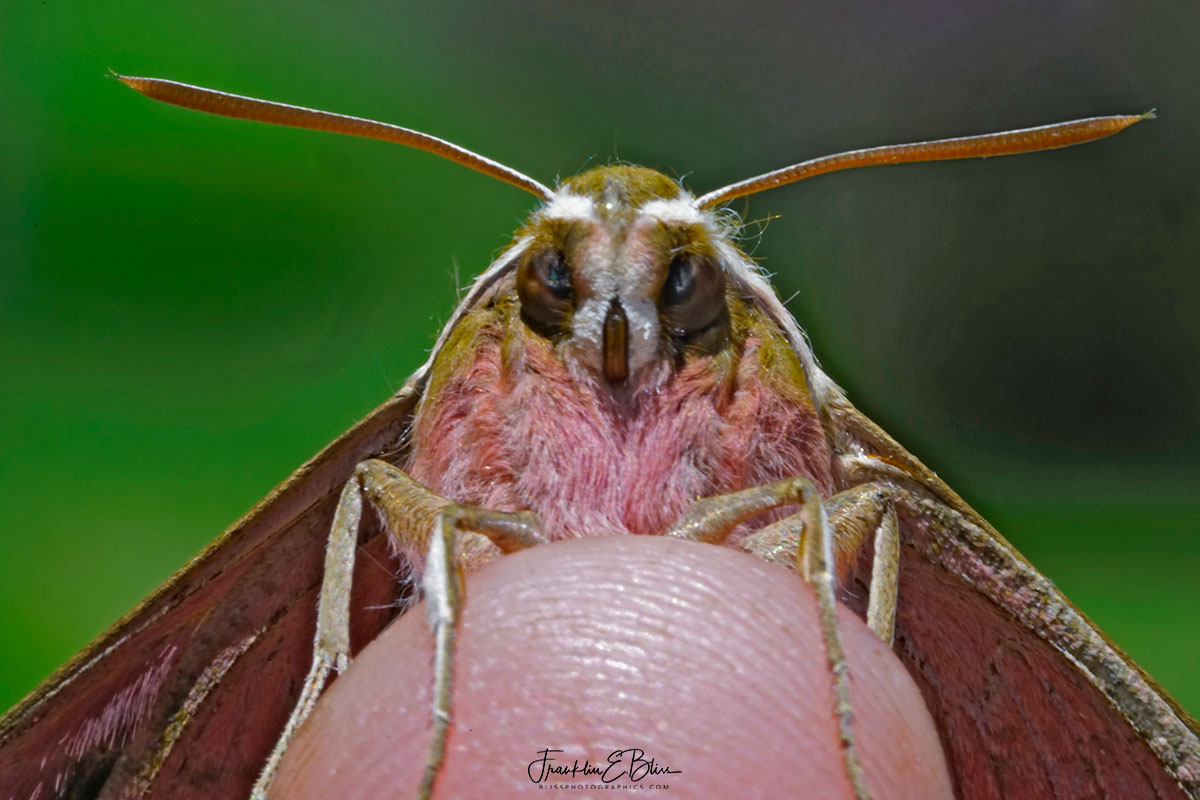 From my perspective there were about 300 simultaneous activities that were necessary to catch this image. It’s sort of a long list but if you start considering what is involved just in the camera. You know, stand on one foot, rub your belly and pat your head….. Oh wait, that’s a sobriety test….

90mm Micros in bright sunlight, F-22 (maximum), set camera at closest focus, bring critter who conveniently perched on one’s finger into sharp focus by adjusting your finger not the camera. The physics of the moment, while a long discussion in an of itself, was complex. The consideration of which was indeed one of those “simultaneous activities” I spoke of above. How close will the lens focus, how deep is the depth of field. How still can I hold my camera with one hand. . (I could have used a tripod but timing is what timing is). List continues ad-nausium to complete the chore lol. Panic Sets in…..how fast is he warming up but to fly fly away. So much stress……😜

Simultaneously add finding the right colors for the background before the click. I considered a Blue Sky, but thought the green bokeh of vegetation would be best. Of course I was navigating the 3-D world around me with tunnel vision through a 10 inch tube one handed spinning dials with every available finger. Except the finger that was the eventual launching pad for the repatriation of this fellow into his environment. He spent a night in my refrigerator after all. So many things to trip over in this process 🤔 📸 .

This moth is beautiful underneath on it’s wings. Brown on top and pink below. They eat nothing but sap/nectar after they hatch while looking for a mate. They they find a Leafy Spurge Plant to lay their larva on. They eat the noxious weed as a larva. Good for biologic control. Canada brought them in and they flew across the border to the Pacific Northwest to here.

We don’t know what other effects they are going to have on the biome here until those show up in the data. Unintended consequences are the big problem with foreign species introduction into naive populations. Just as in genuine exotic novel species introduced into a naive population causing problems, This is true of genetically modified species (of ANY kind) as well as similar ones from say….. “China”..

This is the 5th in a series of 9 of this fellow.