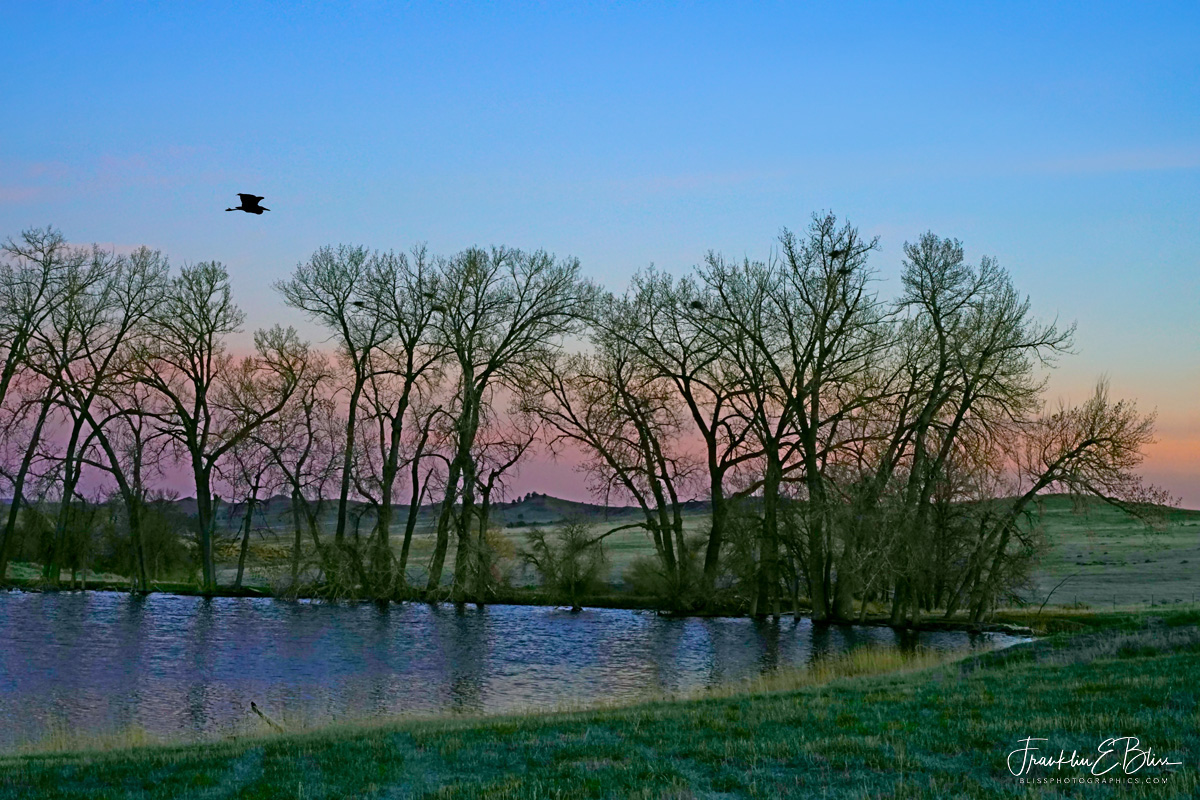 Spring Time Heron Rookery is a capture from Late Spring (May) of this year. I know it’s a little out of season but I think a little green is good now and then.

There are 6 Great Blue Heron Nests are 50 feet high up those Cottonwood Trees. (Can you find them?). There were sitting birds in all the nests this eventing this was the only parent returning in light I could catch him in. Later was too dark to catch any action. This was a sunset looking north. Early in the year the sun is still way to the left and has just set. There is NO blue shadow under the pink that would represent the earth’s horizon’s shadow. If the sun had been down for 15 minutes, there would be a large wedge shaped blue shadow low over the distant hills. The pink band moves above as the red light is reflected by the ice in the atmosphere becomes blocked by the horizon.

As I said, any darker and the bird would have blurred. This is right on the edge of catchable in the camera. I would love to see green grass sooner than May. That isn’t happening up here lol. These 6 nests have been productive this year. The species as a whole haven’t been seen here for months now. They move south as the lakes they feed on freeze over.

This is a spring (and runoff of course) fed lake from an aquifer 500 feet below by a crack in the ground. (a fault). This crack allows water to seep up to the surface because the “hydraulic head” is higher than 500 feet at this place. The sandstone that provides this lakes source is literally a water tank full 500 feet higher than the sandstone is at this location..