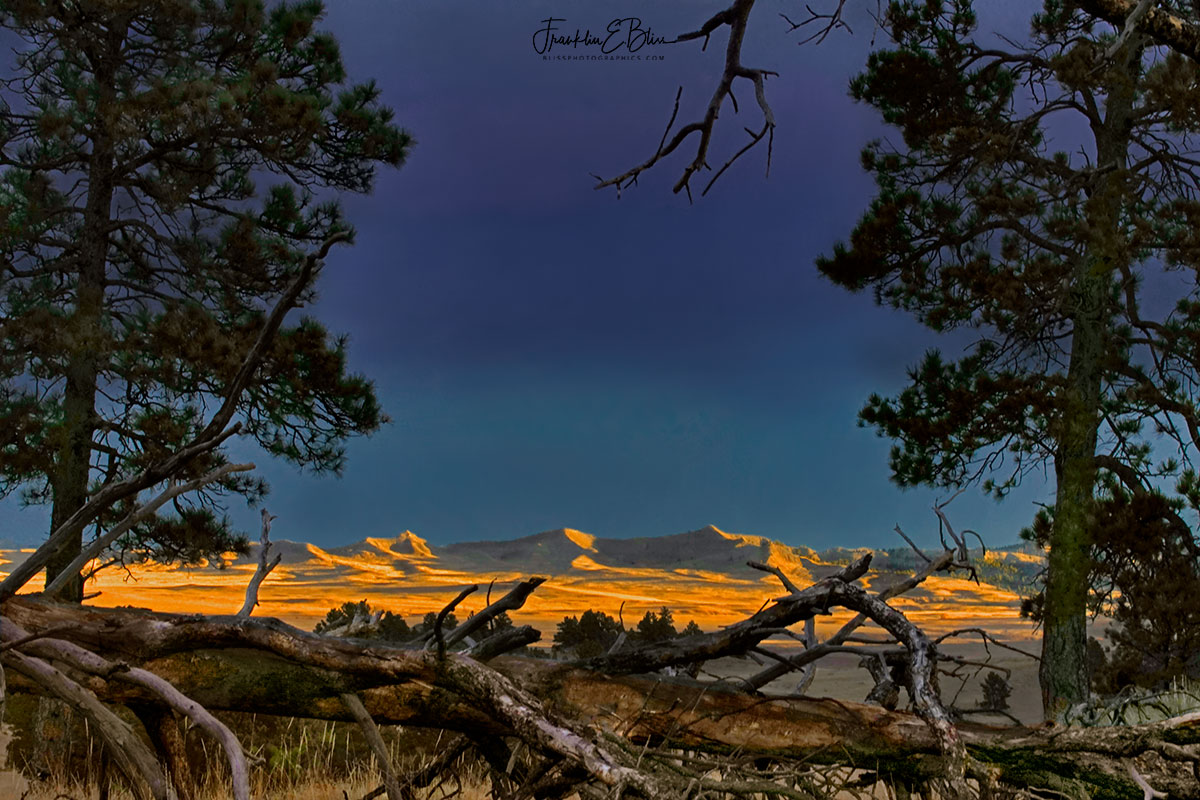 Spotlighting Across the Border

This a view from my position just inside of Wyoming at the border line with Montana. The far ridges name, 10 miles distant, dubbed the Mud Hills. Those reside inside Montana. The Hill in between is rIght directly on the Montana/Wyoming border. I’m standing in Wyoming with my cameras. Currently as I type this, sustained 30mph winds are howling at 20 degrees. 20/30 days are chilly.

High Contrast Landscapes lens themselves to a wide treatment as this. The peaks are about 10 miles distant. Looking over the “Ranch Creek” Drainage. Montana 544 follows the valley going over the pass on the right side of the frame. The Montana/Wyoming border area remains a beautiful unspoiled area. Wyotana is way bigger than most states. Eastern Montana/Wyoming are highly under appreciated in the drive through tourist trade lol. Everybody stays on the interstate highways at 80mph. As a photographer I would way prefer to drive backcountry roads at 45 mph through an area I haven’t been to before.

The Mud Hills sediments composed of the Tullock/Fort Union Tertiary rock formations are younger than where I stand. They COULD contain fossils like crocs, mammals, trees, leaves, amphibians but NO dinosaurs. The ground I’m standing on however is highly likely to have dinosaur fossils within feet of where I stand. This ground is eroded Hell Creek/Lance formation and it is dinosaur bearing. Older than the rocks higher on the hills. Humm.🤔⚒📷

Title: Spotlighting Across the Border