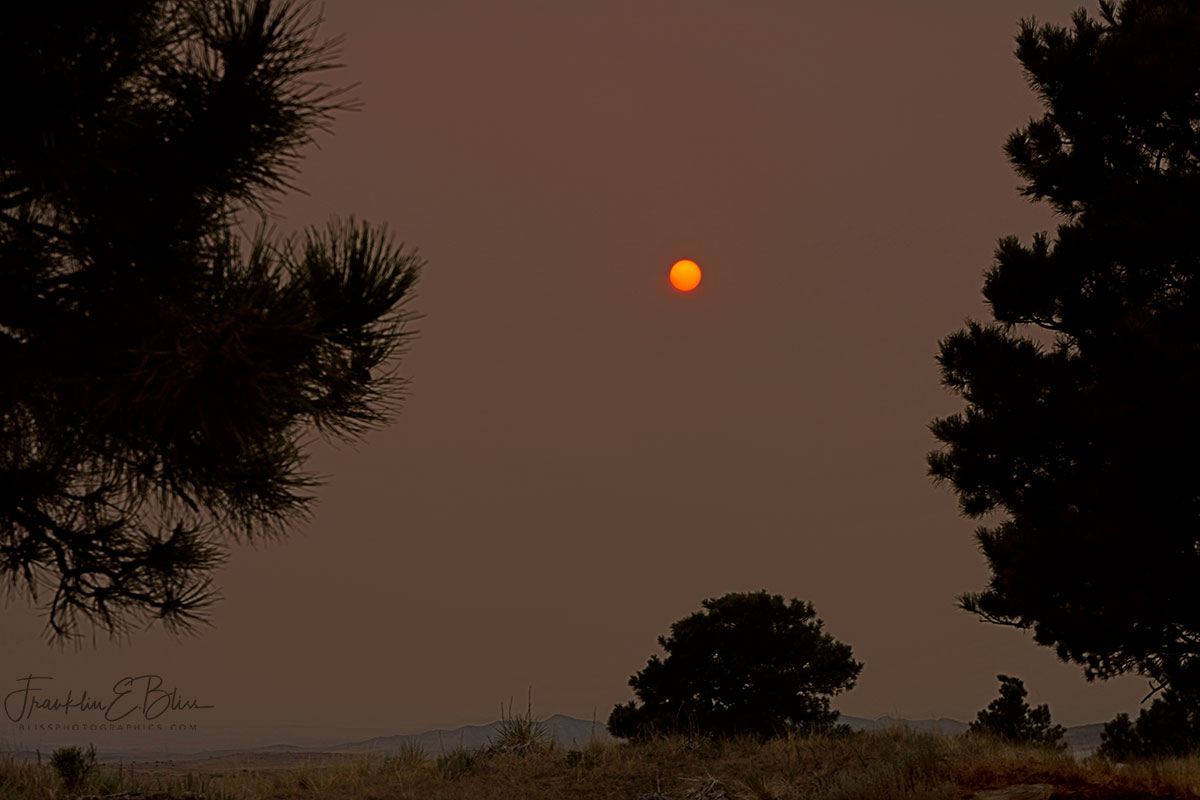 I really didn’t like going out into this. It’s nothing I haven’t been exposed to much worse fighting fires but…. That ridge is 40 miles out visible last night. The visibility this AM (7 days ago when this posts) was less than 3 miles. 10 times this bad. The sun literally set in just a few minutes as the pall ascended to cover it’s face.

This has been a very dry year west of here. As bad as it is up here, it’s worse over by Sheridan and surrounding areas. Of course we are not nearly as bad as the poster child of rough years… California. Gotta love 100 degrees and rolling brown outs. This image represents a Wyoming/Montana Brown out so to speak. The grass here now is considered “hour fuel”. Hour fuels are combustibles that can be soaking wet but within an hour will readily ignite. Red Flag warnings are wide spread through out the south west. They occasionally work their way up into this country too.

We had lightning later around midnight that day. Fortunately it rained well enough to keep any lightning strike from taking off. Of course struck trees can smolder for days…. I go up on ridges often this time of year. Looking for that tell tale smoke plume. I’m carrying 50 gallons of water on “Clever Girl” and a portable water filled back pack. It does a good job on small hot spots. IF you can knock something out quickly, it’s better than letting it get big I assure you lolol. I’m not a tough as I used to be though but I’m often looking. Being there is everything.