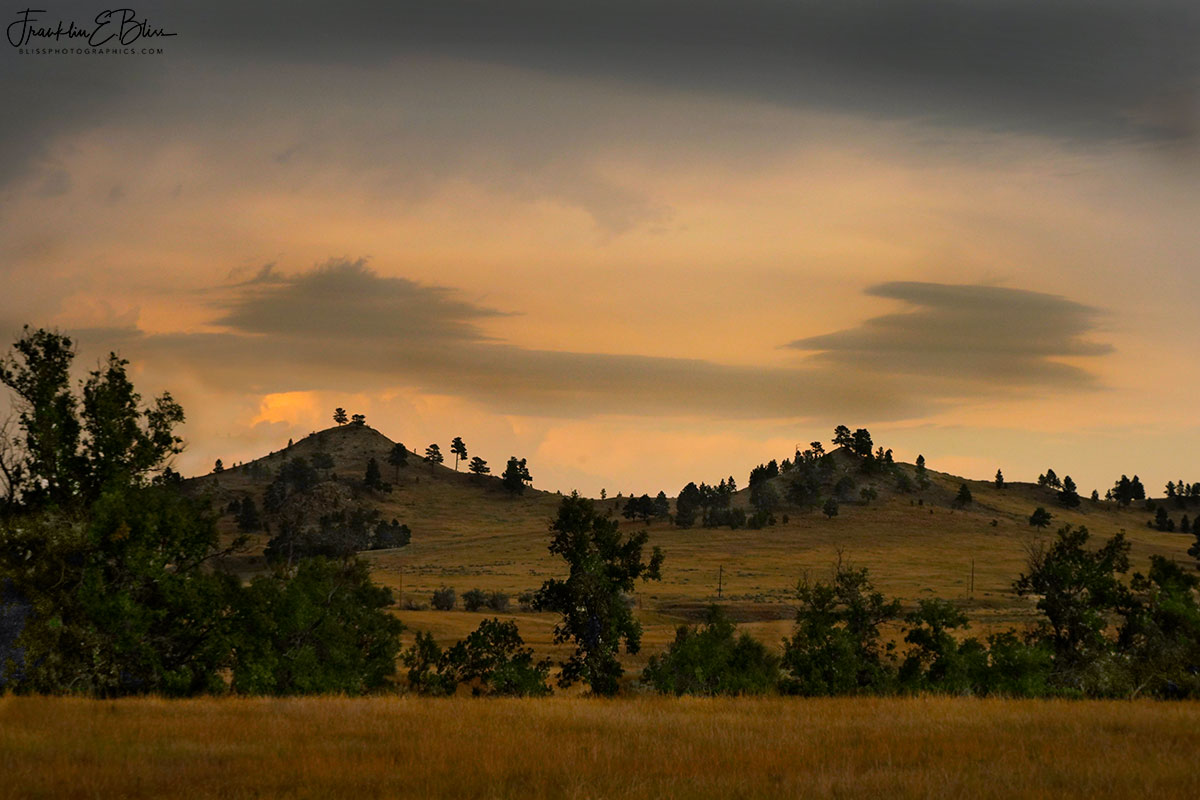 Those with Pareidolia (seeing faces in random scenes / patterns ish), will have a big smile from this one. I saw this cloud band and moved a mile to line this up just with this saddle lol. The outcome was as expected. The big smile above has a guys face on the right side too. It reminds me of the T-shirt “Forrest Gump” gave to the guy while running. He got splattered with Shi* running and wiped off with a t-shirt handing it to the soon to be seller of the “Shi* Happens” emoticon eventually lol. Epic movie…

The weather system that donated this to me was quite a doozy. This was early in that timeline and we were this dark around 6pm. Well before sunset. Having said that it was dark as heck where I was. A big down draft and associated hail shaft was incoming. I was trying to get out of the way. Pausing a few seconds to line this up and take the image, I moved out. “Clever Girl” purrs when the turbo’s kick in. 45 mph speed limit on the backcountry gravel. You definitely take your life in your hands exceeding the speed limit much up here. I’ve seen Deer and Pronghorn appear out of nowhere right in front of your rig. Never had a speeding ticket or a moving violation in my life. But I’ve smacked into few animals against my will.

So the storm chased me for a change and eventually caught me on the edge of the hail shaft. I was definitely dumped on by marble sized hail shortly after this capture. Probably 2 inches of rain resulting in all the drainages to earn their ephemeral ranking.