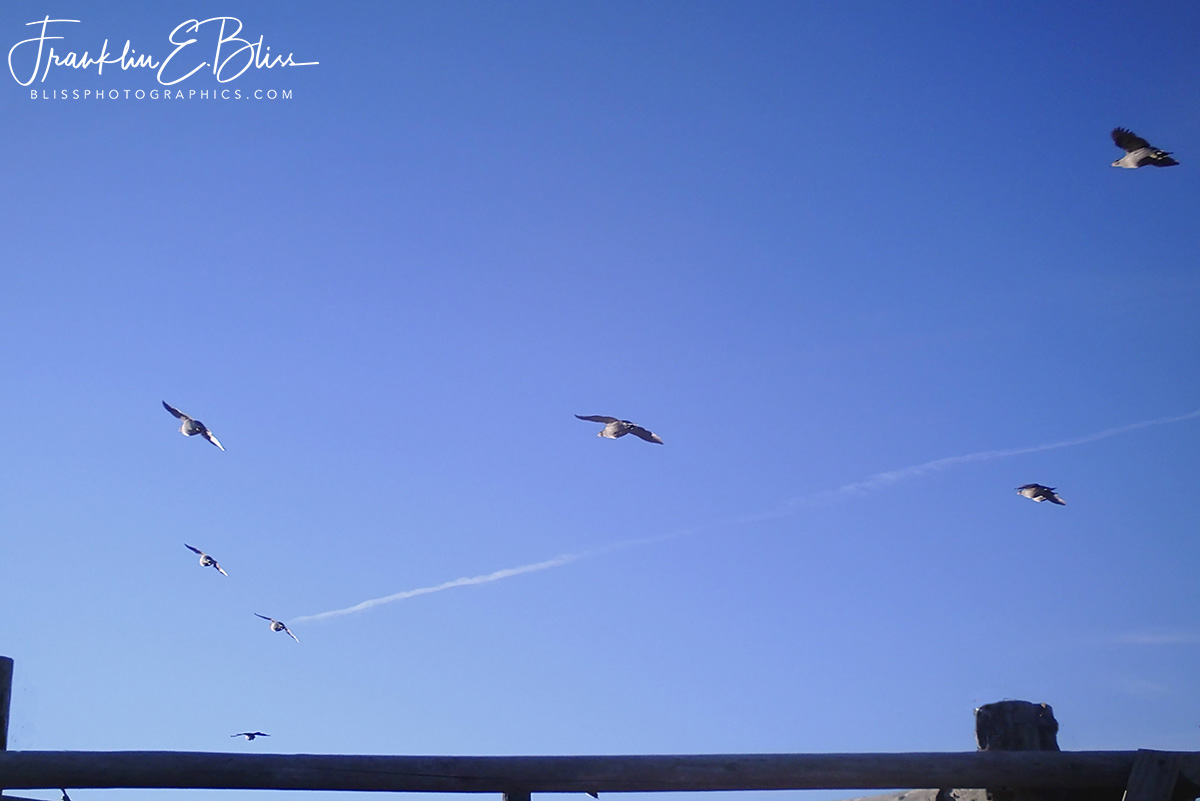 This is a Game Trail Camera capture. (Satire) It appears that’s a Sharpie Trailing Smoke. Anti-Sharp Tailed Grouse Shotgun fire is pretty rare around here. I doubt that could be the cause. It must be that the “Pete” Brothers (the local windmill pair) have been skimping on their scheduled repair. That is NO way to run an airport. I expect too much as they are just Windmills.

Back to my normal programming.

Holy Crap!. These game trail cameras never fail to amuse and amaze me. Catching 7 flying Sharp Tailed Grouse automatically shows you how many are up here currently. There MUST be more lolol. I’m thinking I have a flock of about 100 birds based on what I’ve seen to date. I watched a HUGE flock fly an escape and evasion routine. I intruded into their area by accident and it was quite a commotion.

The trick of Game Trail Camera Photogray is WHERE

The other day I was in a grove of thorn trees that Wildlife use for cover regularly. I was planing game trail cameras down there for the winter. A large flock of perhaps 20 of these birds landed just over my head maybe 10 feet up. I had not conventional camera, just a hand full of game trail cameras. Marked up as a missed opportunity. I don’t think I’ve ever been closer. I slowly walked around doing my “planting” of several cameras. A few flew, then a few more each time I moved.