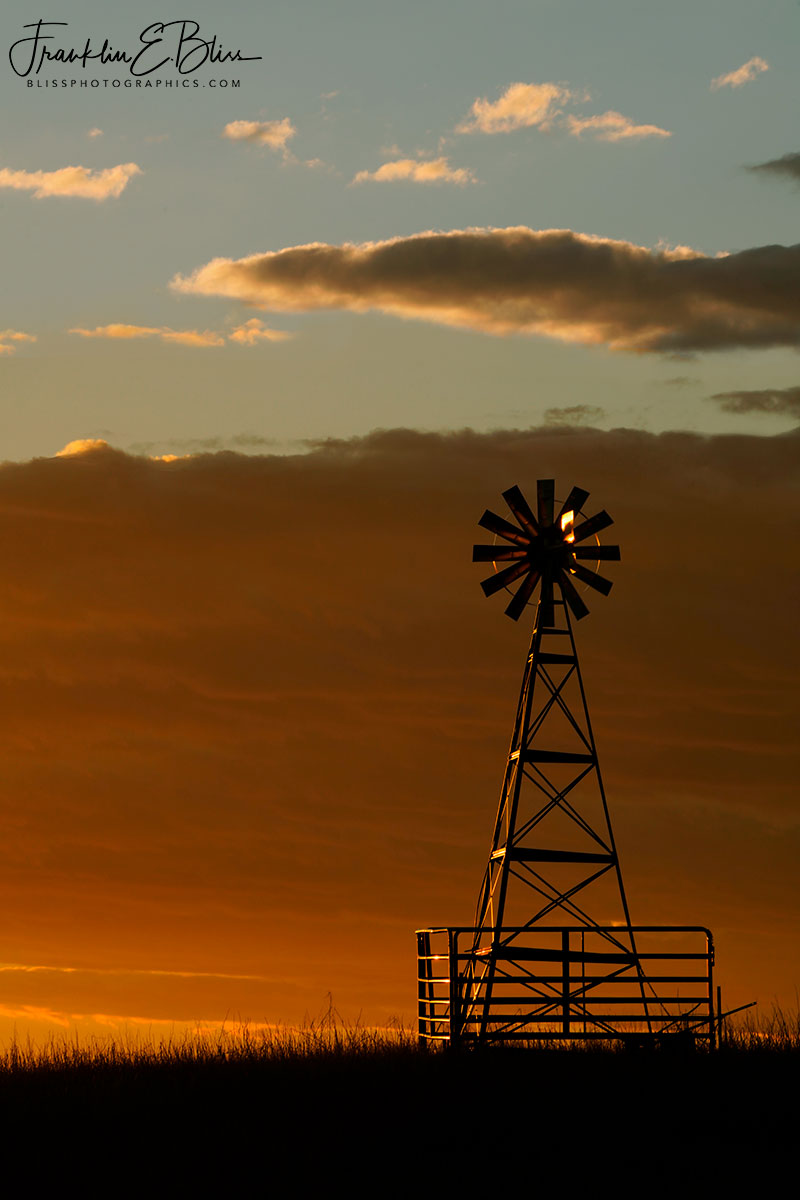 Reflections Off the Windmill

The Blue Sky of up high fame is positionally just right to be in relatively unfiltered light. All the clouds below are SATURATED with the reddish / brown color I call “Burnt Umber”. A filtered window to the sun off frame to the left let in enough light to reflect off “Sneaky Pete” the Windmill who appropriately was showing off his shiny surfaces. A matter of pride in a windmill. His older brother “Re Pete” lives about 3 miles further into the backcountry. Not as shiny, the 80 year old wind engine is. It was DEAD CALM or I would have captured that sail a spinning.

This night’s air quality wasn’t as bad as some lately. The cloud deck was a good projector screen for the smoke filtered light that night. This is of course a close / far perspective with the sky being the far part. Both in focus. Easy with a cell phone, tough with a manual camera. I was moving along the trail by this veritable legend in his own mind wind engine. I have no control over his actions but I saw the glint(s) off the side, stopped, backed up and composed the shot. Click. He was so becalmed, I think it was sort of a windmill nap. So I finally snuck up on “Sneaky Pete”… It has taken years….. Proof there are periods of no wind up here ……

Title: Reflections Off the Windmill