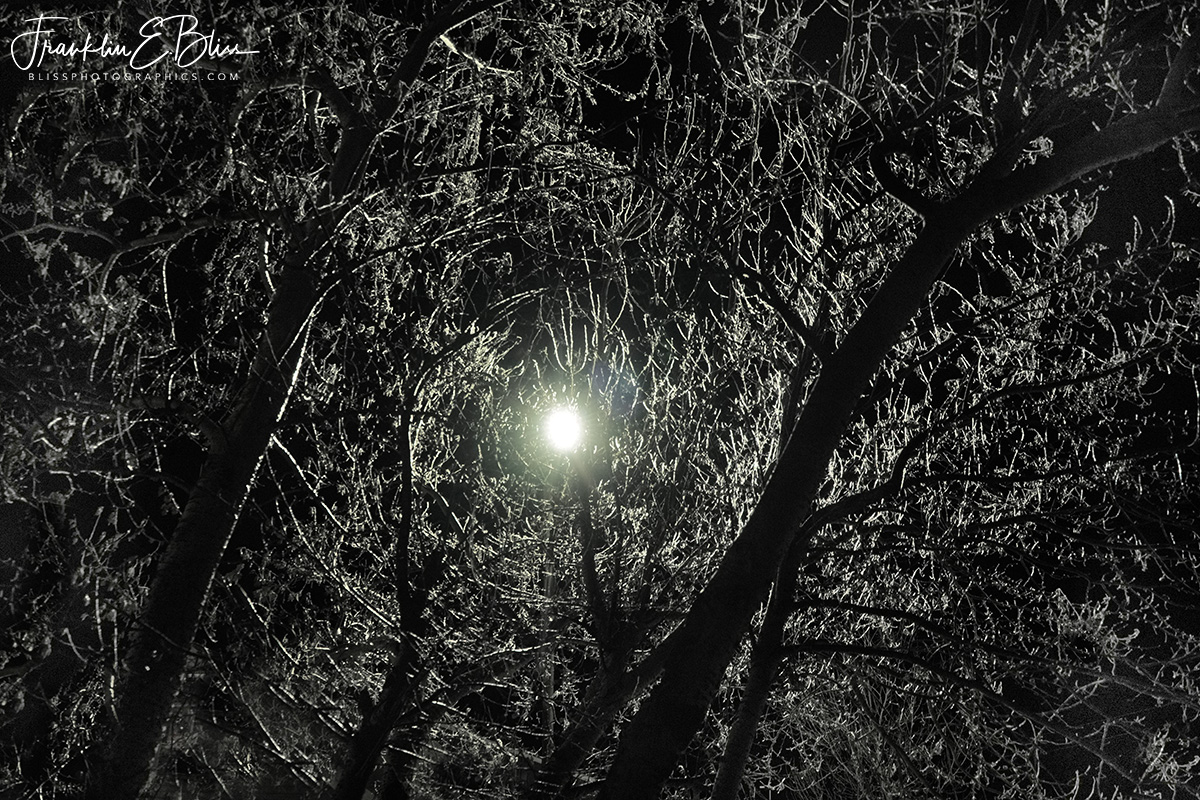 It was around 11pm and my Mastiff’s wanted out. It was the beginning of a 24 hour snow but it was still rain at this point. The drizzle covered anything exposed. That is a 400 watt LED stadium light. It is as bright as the sun versus the total black here in the backcountry. According to nasa, when it’s dark here, it’s as dark as the north Atlantic Ocean. I can see lights effecting the sky from towns hundreds of miles away. Particularly if I go up high and look around. (Billings, Gillette, Sheridan for starters). You can’t see the actual city lights but you do see the glow in the sky on the horizon. The cities light pollute the local “seeing” and not at all here, 70 miles from the nearest town.

I don’t do much dark night photography these days. I’m not sure why but I do need some sleep sometimes.

I did this without a tripod as I was only hunting for the highlights in this image.. Negative space here is as important in the composition. I wanted to razor edge the settings. So you need light in the camera AND a fairly deep focus. Compromise. ISO 1000 for sure. (or a tripod) and minimum handheld shutter speed of 1/50th. That only leaves f-stop to set. . If your far enough away, you’ll have some leeway in f-stop. F-stop primarily going to be set low numbers here to gather light, damn the reduced focus depth of field as a result of the low f-stop setting.