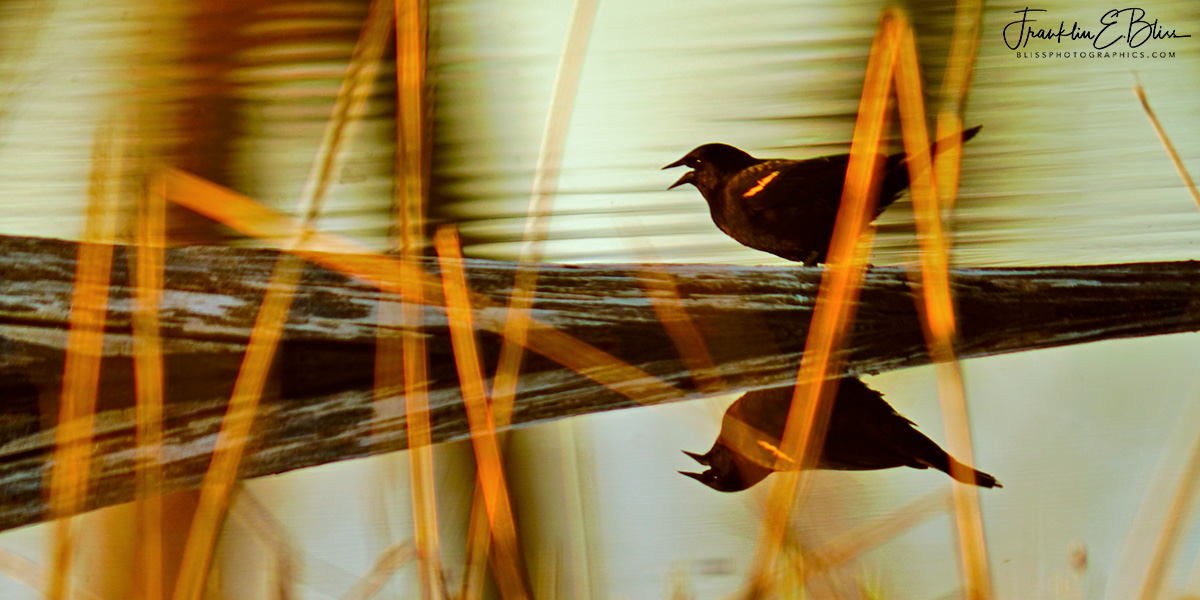 This male looks nothings like the female (sexually dimorphic). The female looks like a long billed sparrow. This male was down on the waters edge hoping along this piece of driftwood. Eye for insects and small critters. They are Polygynous with the male floating among several females and the females have been known to “roam” as well. The Males are aggressive toward any intruders to their nest. Every male I’ve ever seen was the dictionary definition of brash.

They are WIDELY distributed with around 20 subspecies. Their primary diet is bugs and berries. In my barnyard pond, they seem to be mostly waiting for pickings left over by the ducks and chickens. Known to go right through normal chainlink. This to get access to the inside of my chicken coup. Another section of finer chicken wire took control of that invasion route. Nuking them from orbit might be the only option. They seem to really want to get into the grain in the chicken roost for some reason.

These guys are in the same family (Icteridae) which includes the Baltimore Oriole and the Eastern Meadowlark. Our birds have no doubt migrated to southern climates. October 1st was the first day of winter (early) . I did not notice large flocks this year but I saw some last years. Random distribution I suspect.

)rotected under the Mgratratory Bird Treaty Act, Red Wings are in trouble . Populations of Red Wings are currently in decline. Standard stuff..habitat distruction, miccro plastics normal climate variations or what ever is causeing the decline.

Just so long as we all know the bird needs to be helped not destroyed.