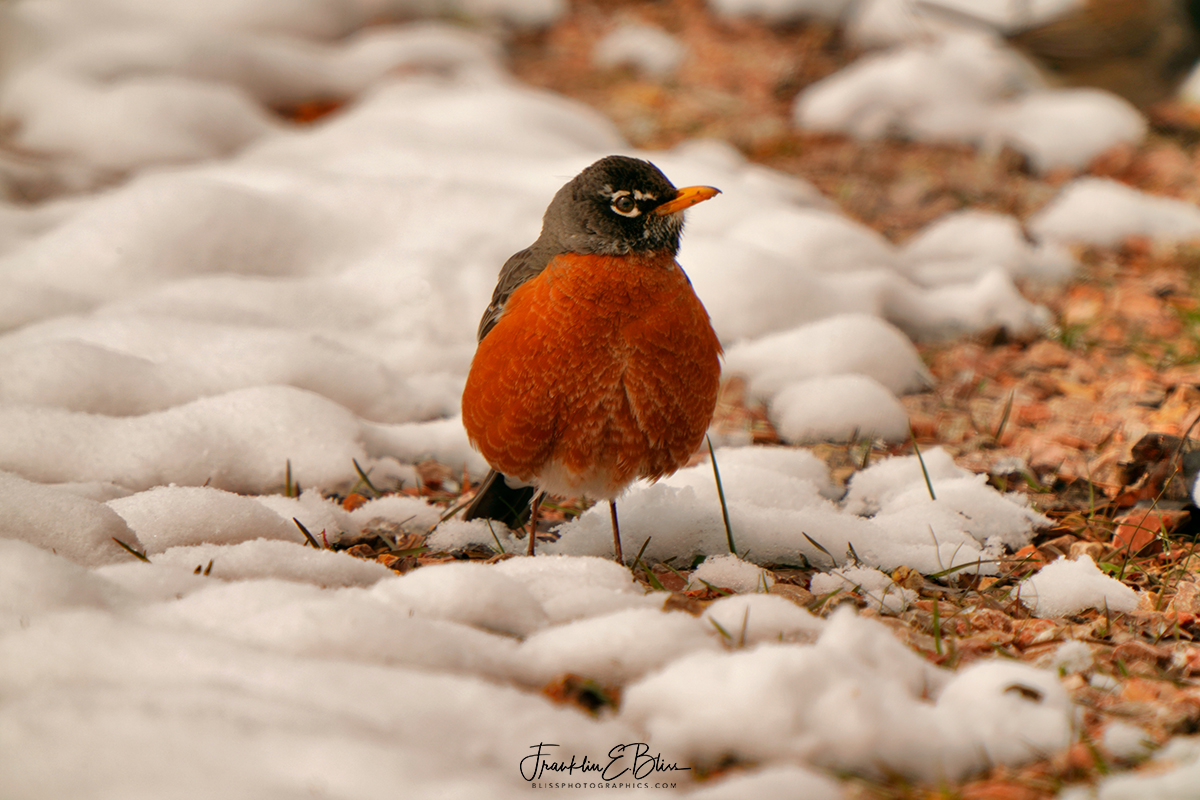 Red Robin in the Snow

Robins that arrive too early in the spring have a tough time of it. They are usually insect and “fruit” eaters and a good friend in the yard. They do occasionally dive bomb me during nesting season a few weeks away. But in the mean time, this guy would settle for 38 degrees and a clear ground to hunt on. This little area of driveway free of snow under a large tree in the midst of a deep 4 inch crisis for this traveler. Puffed up against the cold, it will struggle for the next few days against the harsh high country spring weather. (taken a 10 days before this posts)

There are of course American Robins that Winter north of here in Canada. Generally the 36 degree isotherm contour on the map is their northern boundary. Of course any particular Robin might just be nuts and go too far north every now and then. They migrate in response to food presence / absence not temperature however. I understand they can move about 40 miles a day or night) when on the move. If earthworms or fruits are not available, the Robins will “Spread Out” in response to the diminishing food supply.

You might notice that Robins DO NOT SING out of their breeding territory. If your local neighbor hood Robins are singing, there are going to be some peepers being hatched in the not far distant future. Rarely they may produce their first songs on their wintering grounds but the majority will not until they reach their breeding grounds. . The singing is part of the way the male defends it’s territory. . Male Robins don’t particularly like other males Songs…. this breaks up the winter migratory flocks. I have another image of a half dozen Robins in a tree during this storm. All within about a 2 feet diameter circle. Still flocking and no songs…

Title: Red Robin in the Snow