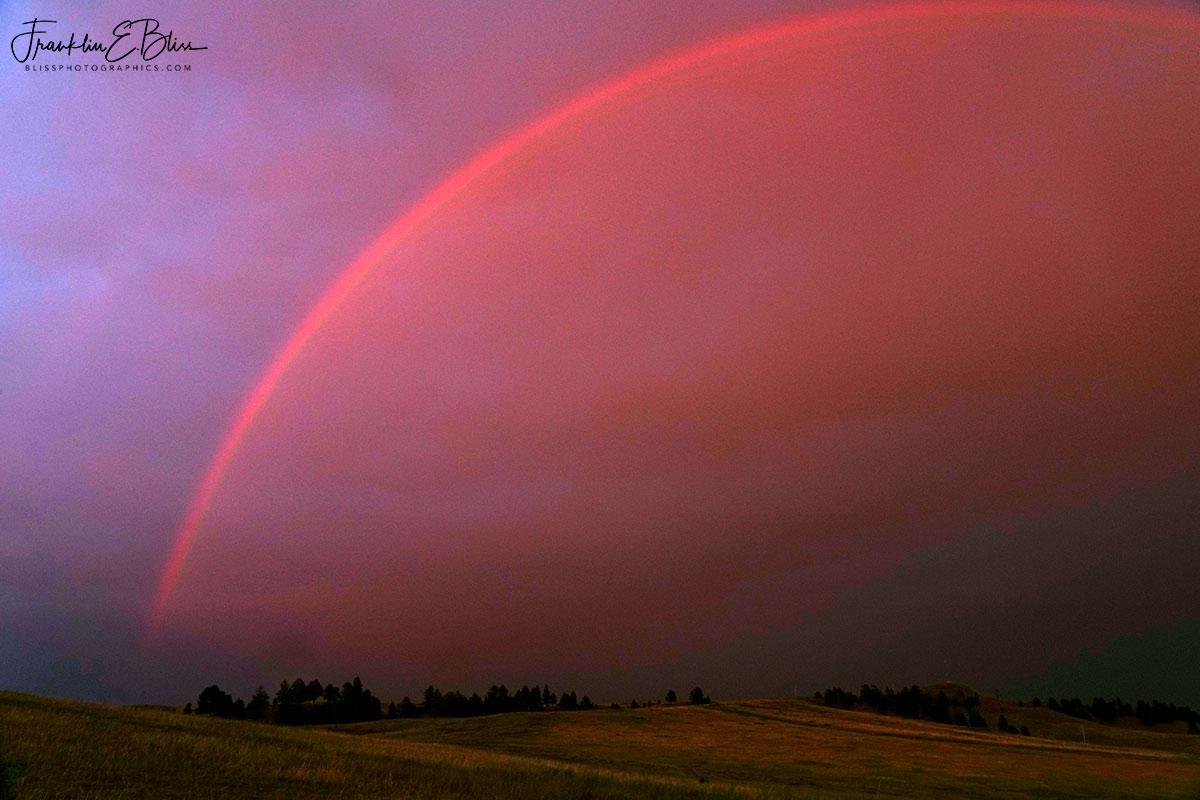 Technically this is a backshow of a spotlighting veiled sunset passing Belt of Venus Pink light. Such being refracted back as a red rainbow. The lower dark blue shadow through the curtain of precipitation, is the shadow of the horizon. I am in that shadow as is the ground going up the hill. (The sun had set and the only light was from other twilight lit clouds) . So this 2 second time exposure shows the dark landscape as you would suspect after sunset. Photorealist photographers are like that lol . The pink light spotlighting is above the horizon line on this east view. The rain curtain acts as a projector screen with the rainbow aligning with the 22 degree arc from the center of the rainbow.

Of course you know all rainbows could be complete circles if viewed from the air…. I’ve never seen one except by others. I don’t fly very well with an overactive inner ear.

SO, a very specific sequence of event have to occur for a red rainbow to form. A regular rainbow with a standard ROYGBIV light color spread. Therefore the water droplets there have a full spectrum of light to refract back at you. Each light color bending a little differently than the one adjacent on the chart. This spreads out the white light into it’s individual hues into the rainbow.

At this late point of the night, only pink light survives the long gauntlet through the atmosphere at the earths surface. The low angle light being without most of its GVIB portion of the spectrum. With only red light to refract, you get a red rainbow. The timing of the precipitation falling has to coincide with the exact timing of the sunset to get these. This is by far the best red rainbow I’ve ever seen even in others photos. I’m sure they are out there.