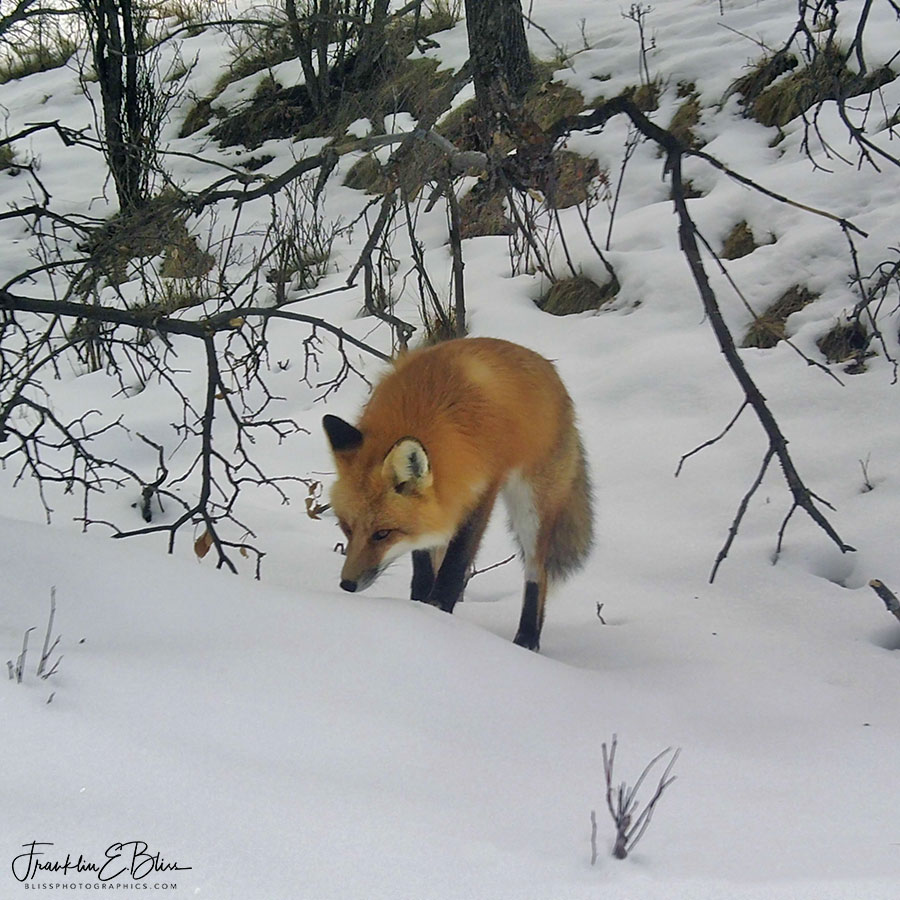 I run a network of 29 game trail cameras. About 8 of them were inaccessible to me from December 2019 until mid-April 2020. In other words I have thousands of images to go through. This is one such image of a thickly Winter Coated Red Fox. Vulpes vulpes is the scientific genus and species to this largest of the true foxes. The species is not unique to Wyotana occurring across the entire Northern Hemisphere. It is not endangered with a stable population. Looks about 30 pounds to me at 18 inches tall. Beautiful Animal that I’ve only seen a few times in the wild. They tend to be elusive and wary of humans.

Foxes are known for their intelligence with a smattering of cunning in their reputation. Loners and solitary hunters all feeing on small game. They are omnivorous however not being above fruit and vegi’s with a side of fish, and an earth worm garnish.

I place Game Trail Cameras in locations where I believe the wildlings wander and congregate. The only control of these cameras I have besides some general settings are where I put them. This particular spot is more or less of a natural wildlife funnel. I’ve seen this foxes prey walk on this same trail too. Raccoons and probably skunks are on the dinner list though the latter is questionable I suppose lolol. Porcupines are a tough sell but I’m sure the mouse population is a target. Pickings are slim in the last half of the winter up here in the high country of the Montana/Wyoming borderlands. Competition is fierce and unrelenting.