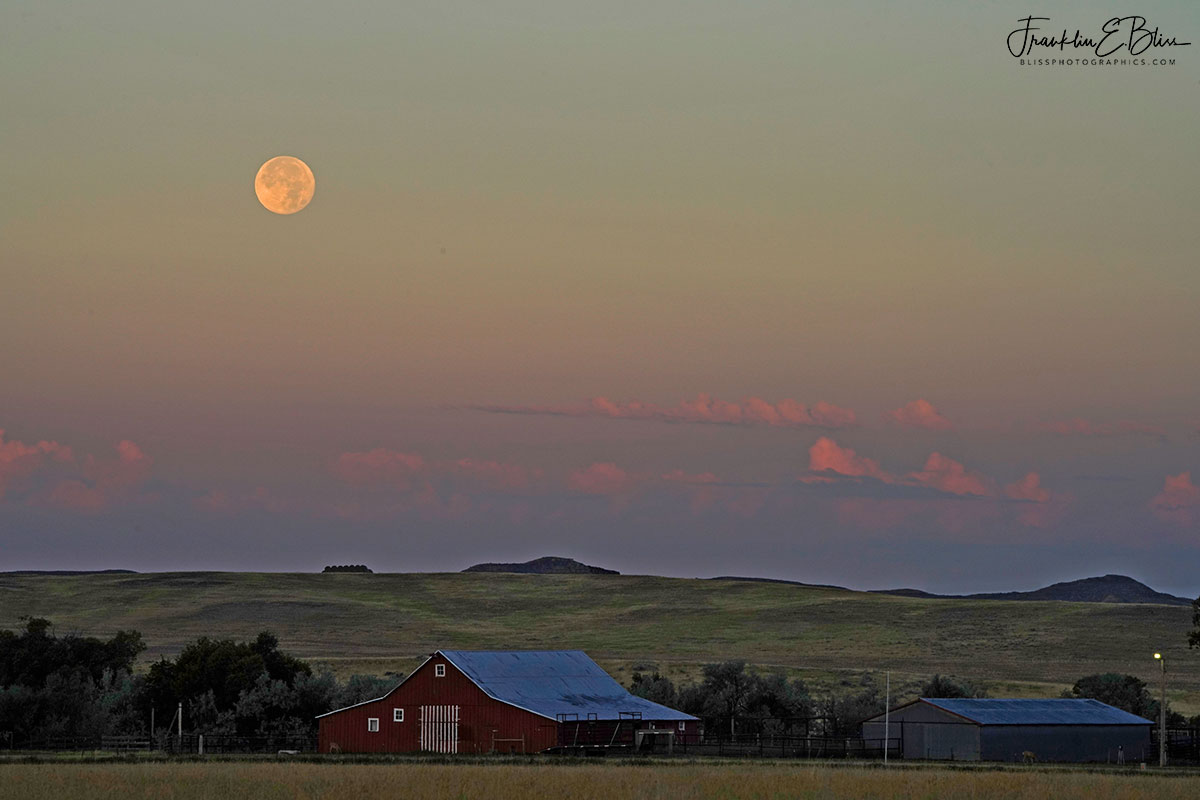 Still early before sunrise. The pink clouds in the distance distract from the briefness of the moons remaining time aloft this morning. Going down….. My intent was to photograph this wonderful scene with the moon much lower. I decided to take this image as that misty ground haze would totally obscure the lunar disk before it touches down. (it did). The horizon rising to meet it’s apparent descent. As the earth rotates inexorably in harmony with the cosmic clockwork of the universe.

This old working ranch barn is well maintained and fairly original to it’s early design (in this country). Ranches here were settled around 1900. There were cattle drives though this country earlier than that. This area opened up when various land grant programs from the government. Dozens of families moved up into sod houses in the area. They made the paths, figured out how to get water, did some fencing with posts they cut. This area was opened up by horses pulling wagons for decades. It’s a long way to town from here. (Gillette). Probably a 4 or 5 day round trip for supplies at first. Camping on the trail was the rule of the day.

This structure is on the historic Parks Ranch to which we are a neighbor. The Parks were a class act around 1900 (and later). Taken around 5:30 AM that morning. Getting light but still twilight “Belt of Venus pink back lighting.