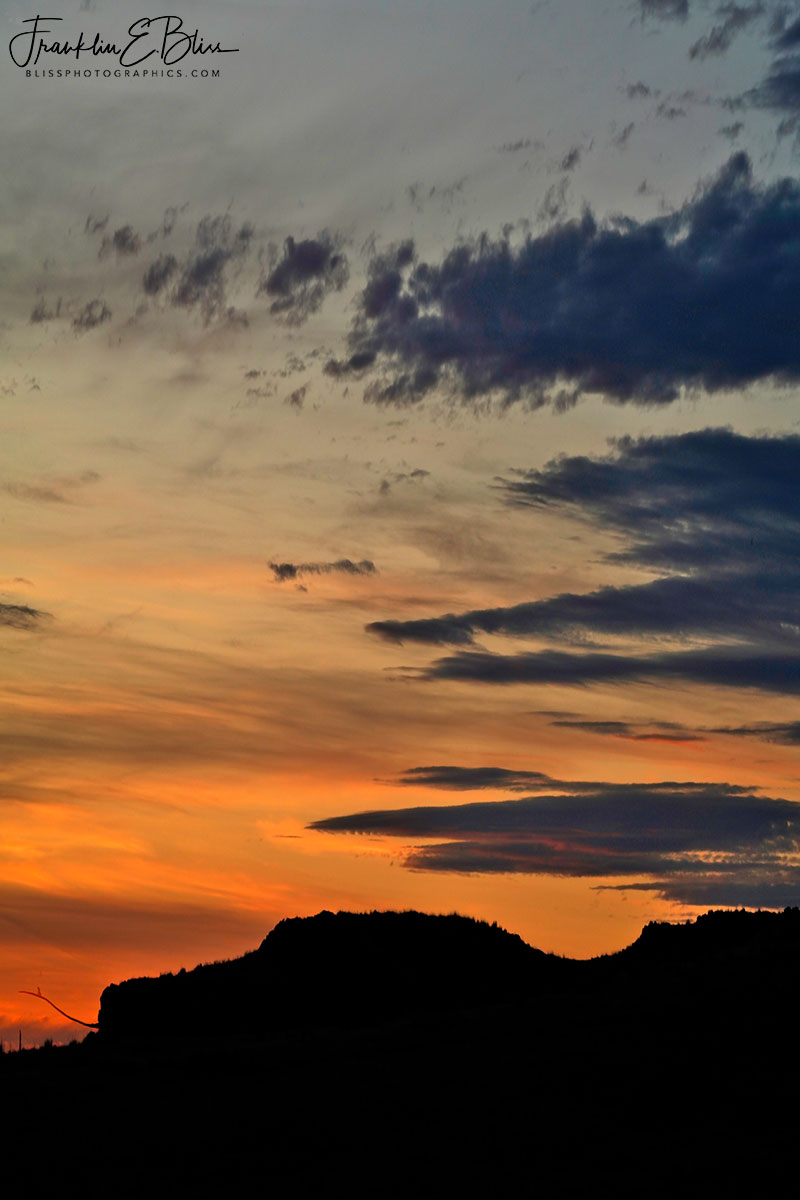 With the addition of a single brush stroke thusly a forked tongue. The silhouette comes to life as the original namers of this landform imagines. I See that rattle snake certainly. Now the story is that a rattle snake den was blown up there in the 1970’s by the owner of our ranch that apparently enjoyed the use of dynamite. In the 1970’s if you owned land in Wyoming/Montana you could easily obtain dynamite for moving stumps, breaking rocks or any other legal purpose. I’m pretty sure it’s fairly difficult to obtain. Just the storage requirements would cost 6 grand (educated estimate).

The problem with Pareidolia (seeing shapes from random data) is that it is often multif-acted and complex. The snake head silhouette could also be a sedan doing a “burn out” spinning it’s tires smoke trailing behind. So many perceived shapes in random silhouettes. The shark above the snake’s head in the clouds actually has teeth under it’s snout. I can also imagine several variations of the upper dark clouds too but I’ll leave the rest for you to sort out in your own anthromorphizing moments.

The twilight that night from a veiled cloud was just adding layers of makeup to an already golden/orange alpenglow evening. We get alpenglow every month of the year as frozen ice in the atmosphere is fairly common in this region. There are BIG sunsets/Sunrises in Wyotana sharing both Montana AND Wyoming skies.