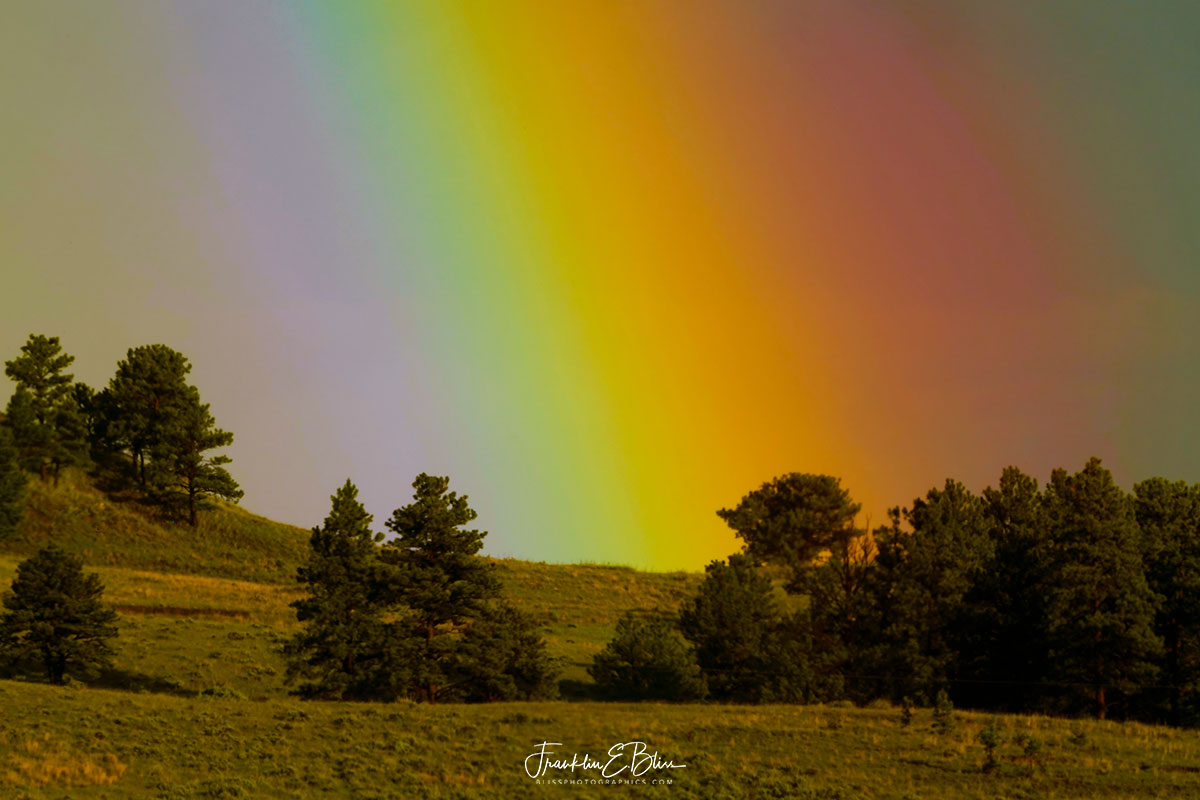 Well it’s time to start the gold mine because I know there’s more that one “pot o’ gold there’. I’ve seen numerous rainbows on that ridge…. Just saying… I’ve got the entrance all engineered out and ready to get the timber for. I figure if this isn’t a pretty durn close location for that gold mine, I don’t know where is. I wonder if Amazon delivers timber for mines? I’m sure the UPS driver wouldn’t mind.

Microscopic gold is actually mixed in with the Hell Creek Sand. Tons of it on my ranch. You’d go broke mining it but it’s there. The term “Diffuse” applies to the tiny particles of gold. After all, all things end up in the sea. This ground is built of sediment temporarily paused. Stopped between stutter steps to the ocean. Now gone mountains west of us provided the sand, transported eventually to be laid down here now hardened to bedrock. (Mountains eroded long before the Big Horns rose. Those eroded mountains spread as sand across the continents surface as Hell Creek/Lance. Those ancestral mountains are long since history. But their substance remains in transit to the sea along with all the “Whiskey” I’ve ever swallowed.😜 As I say, all things end up there. w

What I’ve done here is take a very long lens and zoom up on the right leg of a particularly well lit rainbow. It was a ways out anyway as this is a 1200mm lens about about a mile distant from the lens. Rainbows WAY out there are a requirement for this kind of image. Rainbows are infinitely movable as you change your position to the sun. All rainbows are on the other side of the sky from the sun since they are a refracted light phenomena.