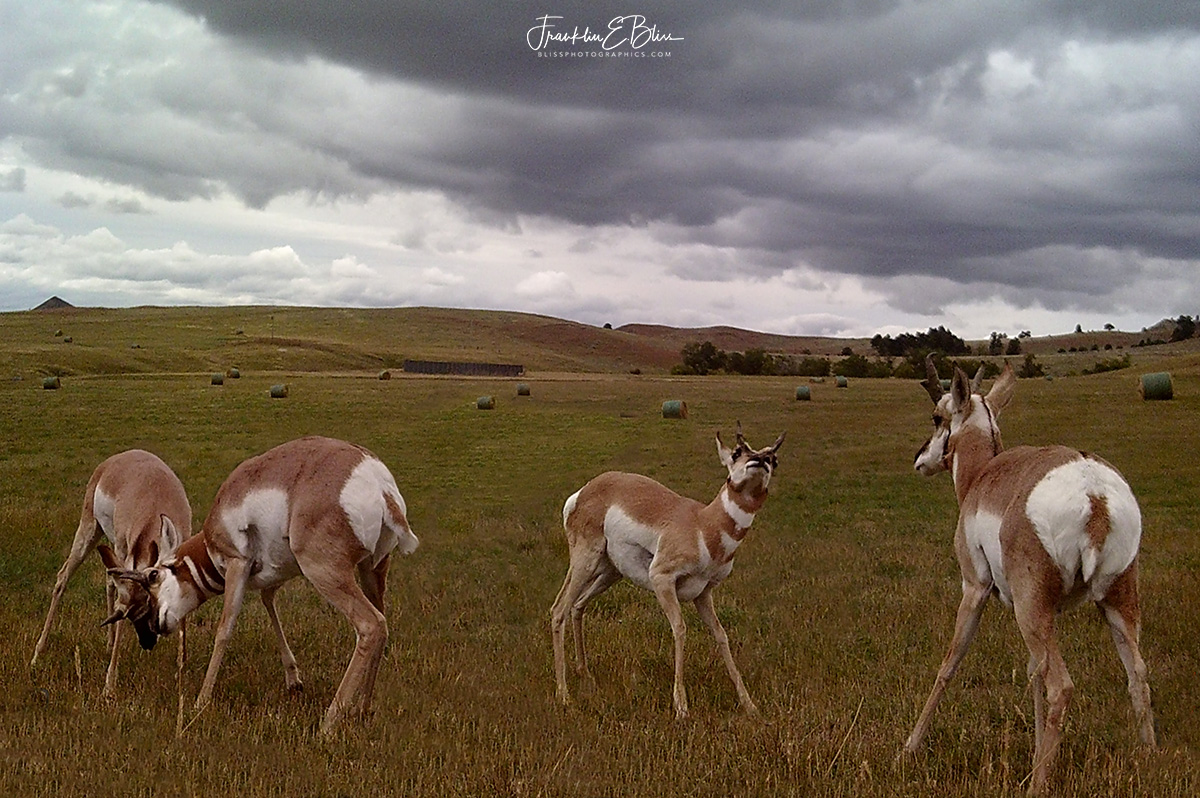 These younger bucks got caught working out for the Bliss Dinosaur Ranch Fall Pronghorn Rut. It’s a single elimination tournament with winner take all. These bucks get along most of the year. They may even hang out “down on the corner” together. But this is as close to a full blown organized

So on an overcast Monday afternoon “Down Yonder by the fence line” was a small dojo formed for the purpose of working out and getting “tuned” for the battles to come. These guys were not not yet playing for keeps. The bigger bucks usually take it easy on the smaller males training/ramping up to the rut .It can really be violent when Pronghorn Bucks go at it. This appears more casual for the camera I suspect. This of course is a game trail camera capture from late in the fall (Fall was on a Tuesday this year). From this location in the past, dozens of various wonderful candid captures of both deer and Pronghorn occurred.

All the Pronghorn are off ranch at the moment. They all migrated about 30 miles south to the THunderbasin National Grassland. Pronghorn herds numbering in the hundreds. I had a Old Pronghorn Buck I named “Grunt” that stayed over winter several years but he’s not here this year. He either migrated with the others or in in much higher and greener pastures by his passing. I miss him as I could get very close to him as he was tolerant of me as an antelope can be tolerant.