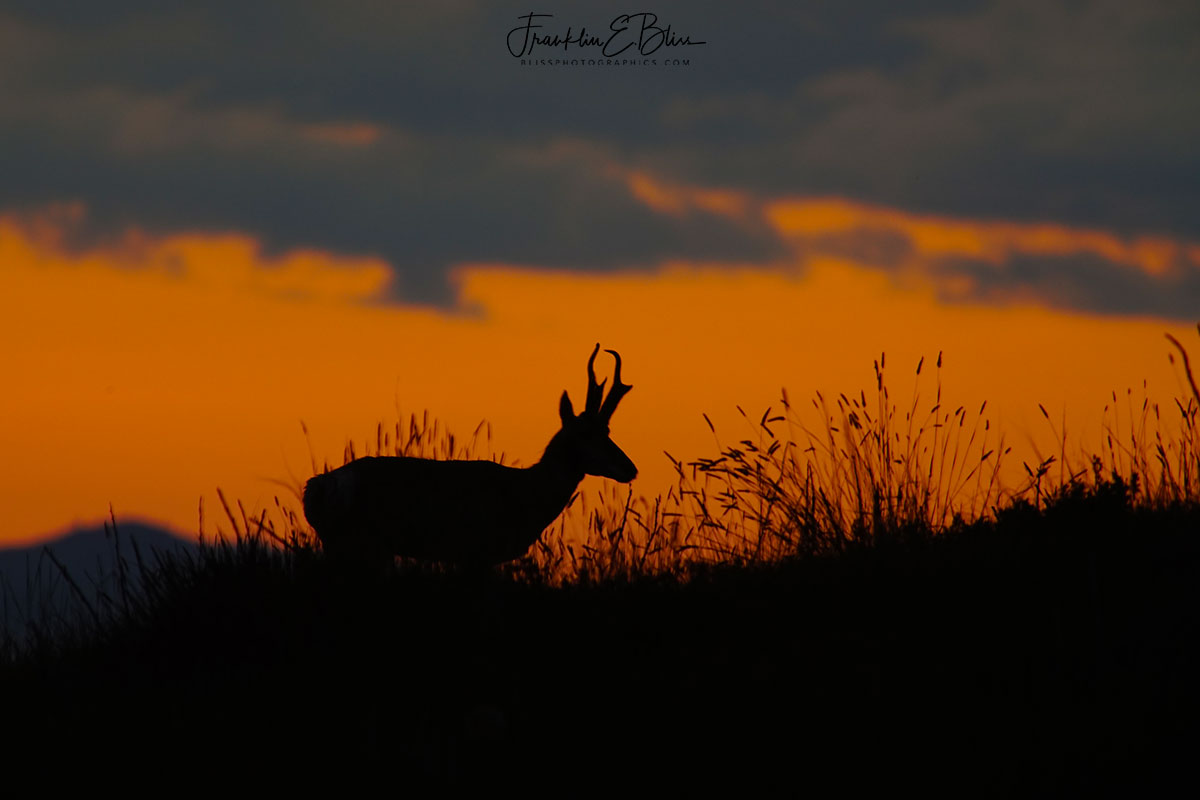 This is 10 minutes before sunrise this early spring morning when i ran across this fellow. He was actually heading my way as I was setting up to shoot the sunrise soon to occur over my shoulder. I’m in my vehicle and pretty much in a “blind” as far as the local critters are concerned. They usually don’t mind if the vehicle moves either as long as it isn’t a fast movement or more than 20 or 30 yards moving slowly. Approach is very important lolol. Pronghorn are way more tolerant before Civil Twilight that after.

This country is big. I drove about 2 miles out into the backcountry to have this guy cooperate while I composed the capture. It’s always good when animals sit for me… The Orange Alpenglow was just a foretelling of the sunrise minutes away. This capture was dead center of civil twilight that morning. The Orange is the surviving Light that has traveled hundreds of miles through atmosphere. Th ere is was reflected from atmospheric ice acting like a projector screen.

There is no snow here at the moment as this posts. . ….for late April. We have had BIG snows in early May…… It has been a very long winter as it started October 1 this year. It’s been not terribly severe but it’s been cold enough long enough for me lol. Life up in the high Wyotana borderlands can be harsh at times lolol. Never a lack of things to take photos of though 📸