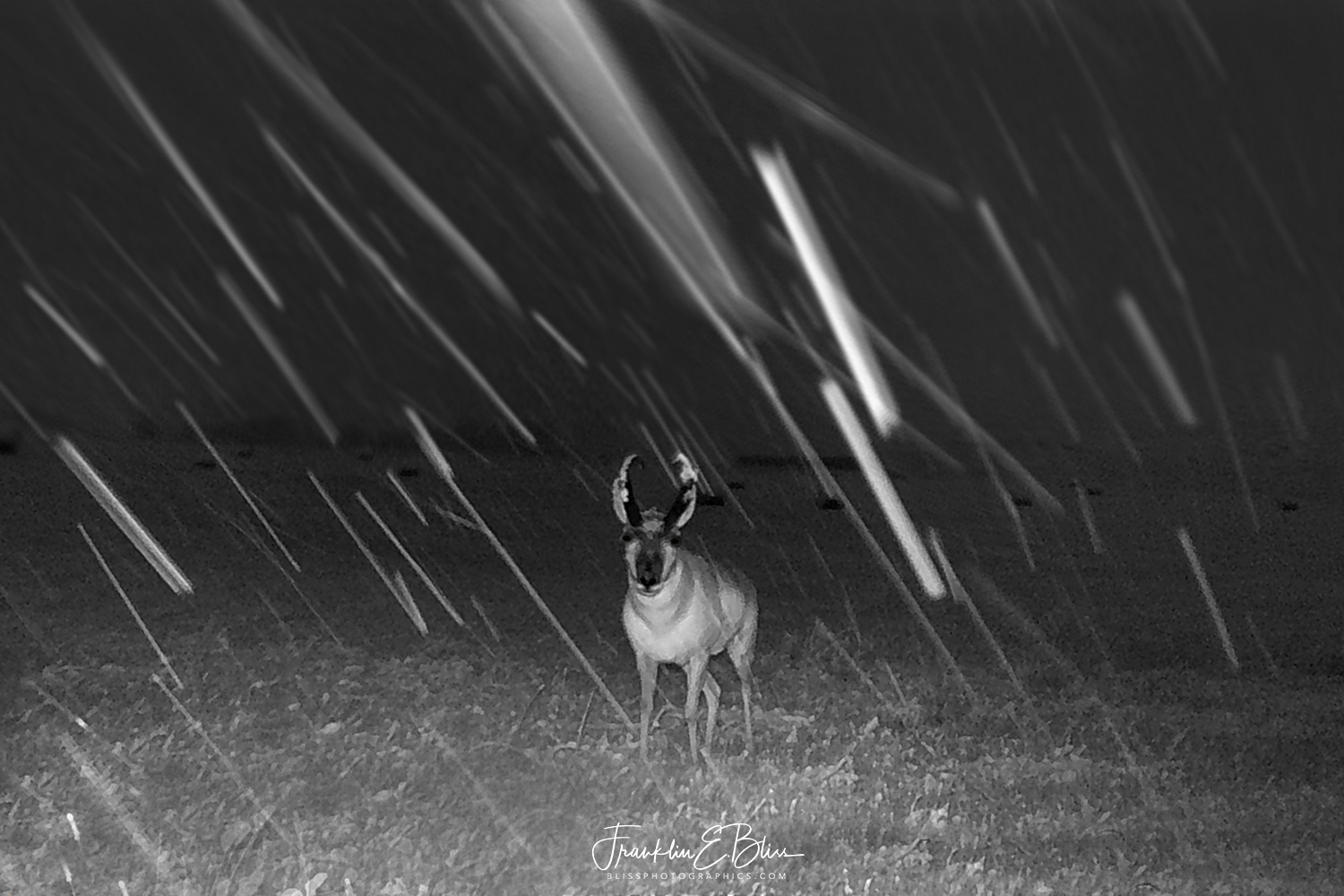 Pronghorn In a Snow Storm is a game trail camera photo. They really do a great job IF the conditions are just right. Perfect exposure for this Pronghorn Buck at Night while it’s snowing. This is of course, the exception not the rule of Game Trail Night Photos.

Of course this is entirely night vision Infra-red flash photography. The Pronghorn never saw any of the light but perhaps a faint red glow. He never knew he was captured. The snow didn’t amount to much over a few inches that night but I bet it was less than comfortable out there. Wet snow is it’s own blanket though on well insulated ungulate.

This is about a mile from my house and around midnight out in the backcountry. He’s pretty much in the open there, nothing to hide behind but an occasional hay bale for shelter. Every time I catch wildlings on film under weather I always have this empathetic impulse to invited them all in. I probably not enough room in my barn IF they would take me up on my invitation. There are quite a few critters running around here that are not cattle. It just depends on where you look. 🤓

This is a favorite gate and I will really miss it being open when the cattle come back into this pasture. It’s a fine location for catching the wildlings walking between water and feed pastures. MostlyI don’t see Pronghorn much after Early November. They migrate 30 miles south to the Thunder Basin National Grasslands to winter over. IT’s milder down there and there is some geothermal water that is always running.

Title: Pronghorn in a Snow Storm