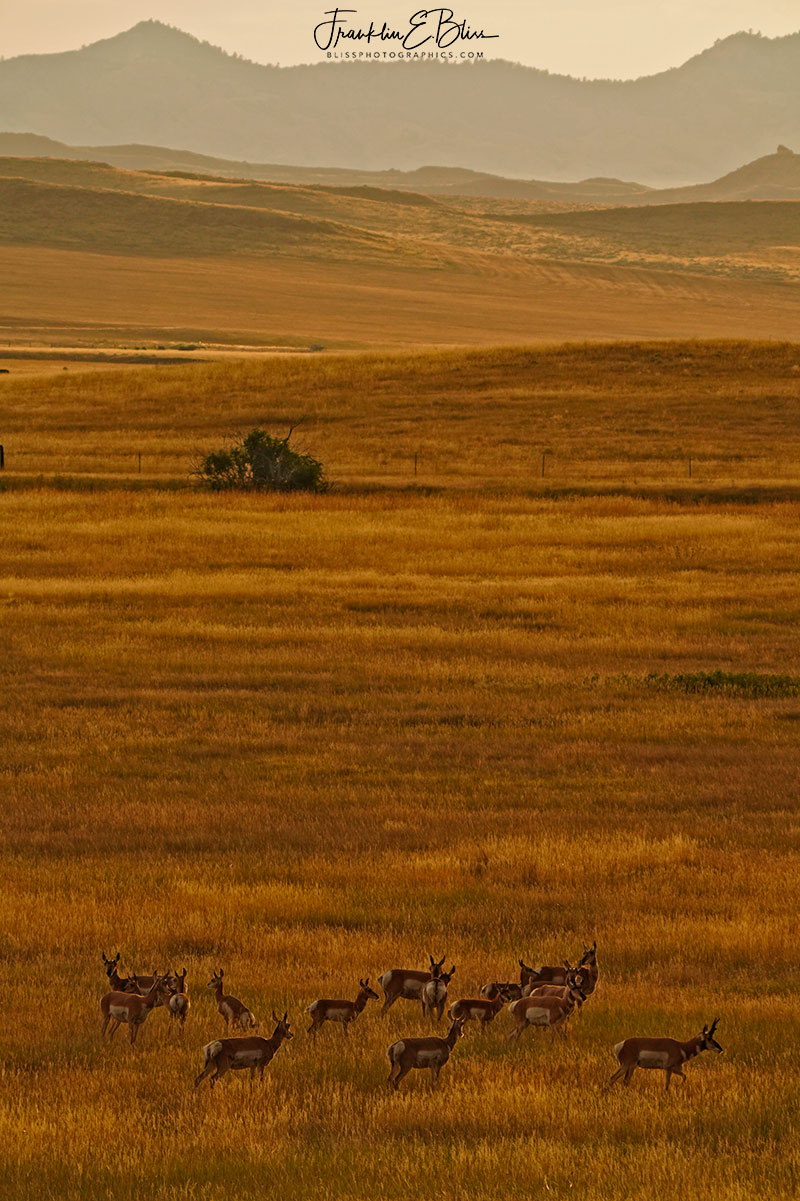 Pronghorn Herd on the Plains

Milling about, generally moving a bit to the north, the group was grazing a little. generally they were uneasy but I don’t think it was me they were upset about. I find that groups of these guys are the definition of jumpy lol. This perspective is through a long lens camera sideways. I’m well outside their “line in the sand” that get’s them nervous. I was stopped, engine off. Watching them for about 5 minutes at this point. It was more like they were waiting for something to happen. Maybe me moving on… hard to know.

That last ridge is known as “The Red Hills”. This was taken a few weeks ago as this posts. Still at the very beginning of some lighter smokey days. It got WAY worse later the next day. The normally crystal clear view to the “Red Hill’ turned to haze by the massive fires out west.

Visibility was 10 miles tonight as I worked the smokey sunset again driving ridges in the backcountry. It’s getting close to dense fog kind of visual occlusion as I type this. The air is just plain unhealthy. I’m not sure if “Clever Girl” even likes it. Might have to change the air filter sooner driving around in this forest fire soup. The sun disappeared tonight long before it hit the horizon. The surface smoke totally obscuring the solar disk. It was last seen around “Sneaky Pete” tonight.

Title: Pronghorn Herd on the Plains