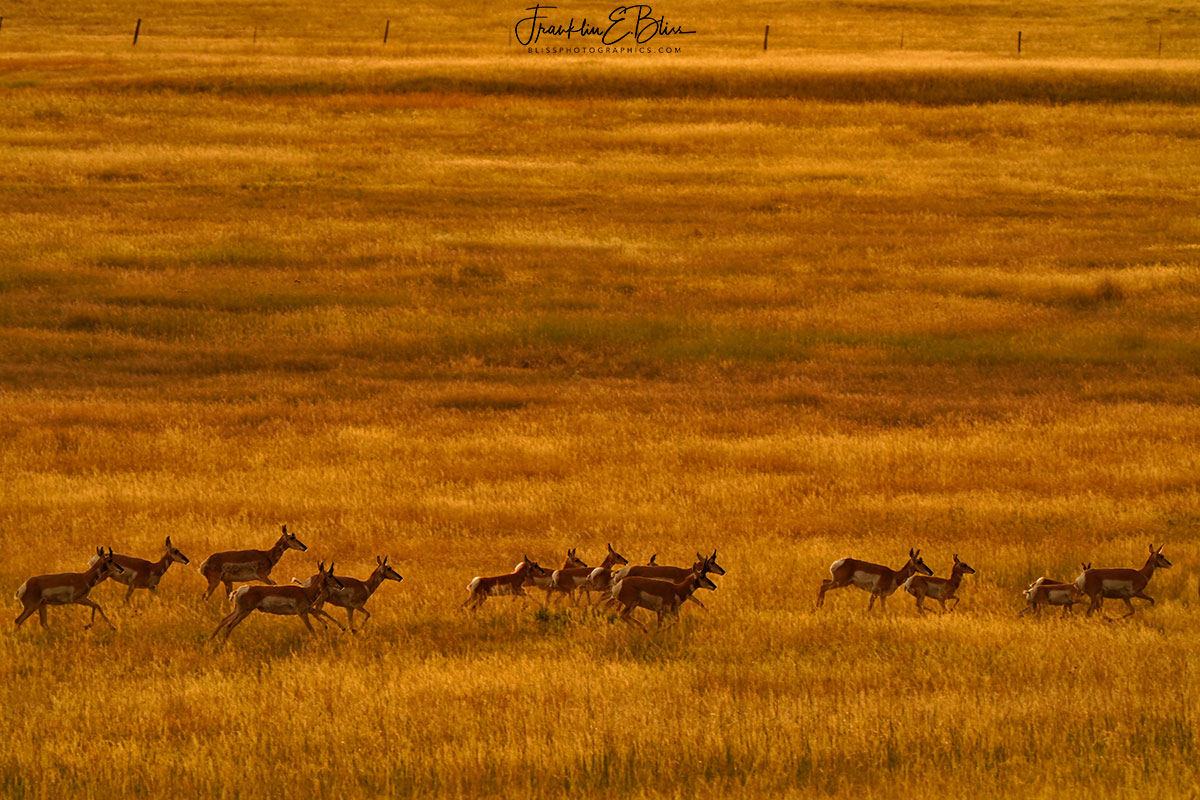 As the late summer / early fall progresses into full brown season. I still see just a stripe of green (ish) across the middle of this large field of stunted grown grass.

The Pronghorn Herd traversing the grassy field were in a moderate hurry. I find that as a group, they are synergistically more jumpy than a single animal. Even individual mothers with fawns are easier to approach than a herd. If just ONE of the animals doesn’t like what they see… One jumps and all go. Them deciding which is might as well be random. I’m assuming the presence of my truck traveling down the gravel road 400 yards out spooked them. They were running parallel to me, not the other direction. They eventually race to cross the road in front of me as I had to stop to catch this. 4 wheel disk breaks on 35 inch tires stop pretty quickly but the truck takes a few seconds to dampen down the rock back from the stop.

As soon as the truck slowed down, the Pronghorn must have perceived a sign of weakness. They instantly turned to run in front of my truck. I’m thinking they were just showing off. Nothing like being the fastest animal in North America. I’ve clocked them at close to 50 before. Hard to tell exactly. I’m sure someone got one on a radar gun. The official record is 61mph. A cheetah can max out at 80. Good things there are no cheetah’s left in North America after the Megafauna die off after the last ice age. Climate changes in the past…

Speaking of weather: (Like that segue??)😜 Locally, the warmest June or July in a long time. Very dry as well with only .6 inches of rain in June. A lot of the country is a tinderbox as those in California know all too well. Last summer was wet and lush through late August. Wyotana Bi-Polar climate…. Remember that ALL climate is local. The earth has no climate. It has all climates. Multiple personalities as it were….🤔