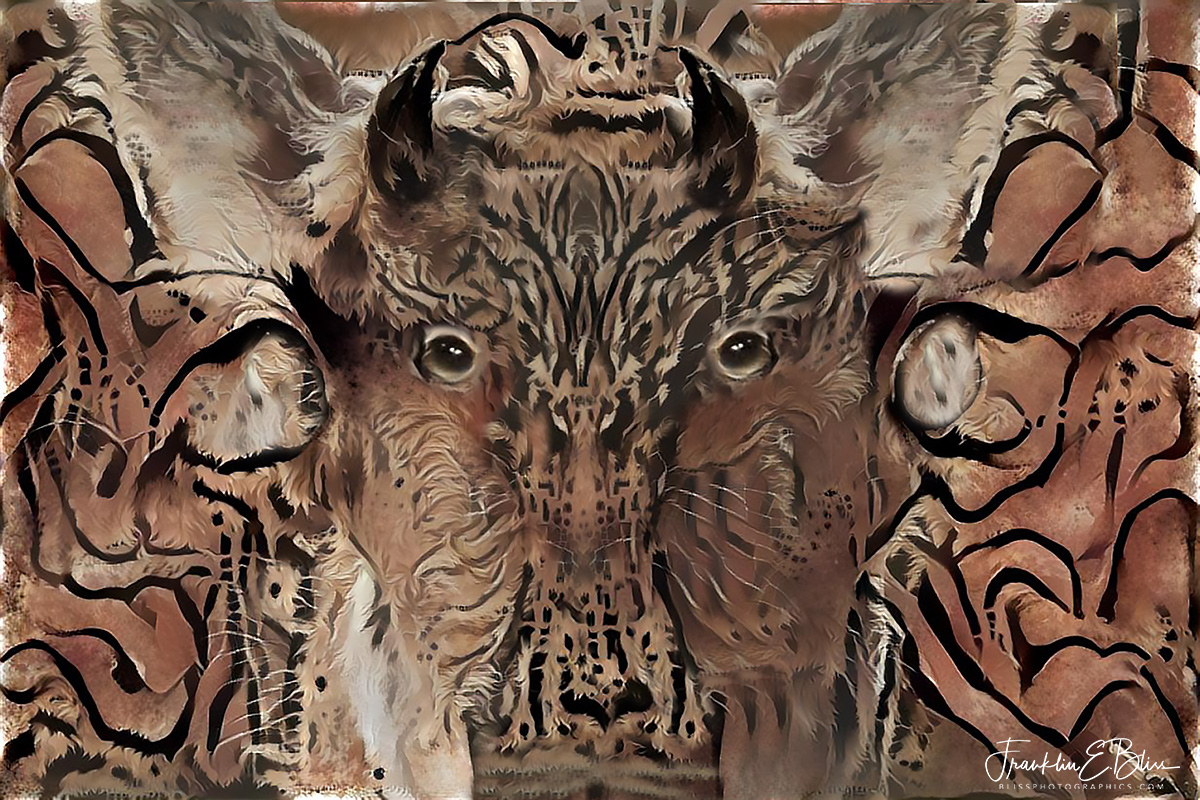 Adding years of Evolution, this image (ART) is a computer generated “future” possibility for Pronghorn . Instead of being the meek and skiddish prey, they evolve into a predator hunting the great plains for meat. Similar to the saber-tooth cats and other lions of the last Ice Age, this predator is not only fast as heck but lethal. I took it through a few million years of evolution digitally in about an hour.

Hey, it’s the future, Who’s to say it won’t happen and it really might lololol.

Did I mention this is ART? This really did start out as a Pronghorn Doe. I have to get away from photorealism now and then just to keep from going nut’s with all these ideas I have for images lol. This one is a little complicated but I hope you enjoy it here on a late Thursday night in November.

Musings of the Morning:

As I type this, sunrise calls but it’s WAYYY to muddy to go up on the ridges. I don’t like tearing up ground and at 41 degrees with all the snow melt, it’s going to be sticky and soft. We have “Gumbo” here and there which will stick a bulldozer if you drive over it wet. I spent about 1/2 an hour cleaning off my Jeep last night of hundreds of pounds of mud from driving a Montana backcountry pass working sunset last night. . I was sideways in a well proven Jeep Grand Cherokee on a county road numerous times. I’ve been in way worse but this is a “County” road that hopefully some tourists GPS doesn’t take them down lololol. We call it “Death by GPS”. I don’t ever use one unless I’m looking at land ownership data.