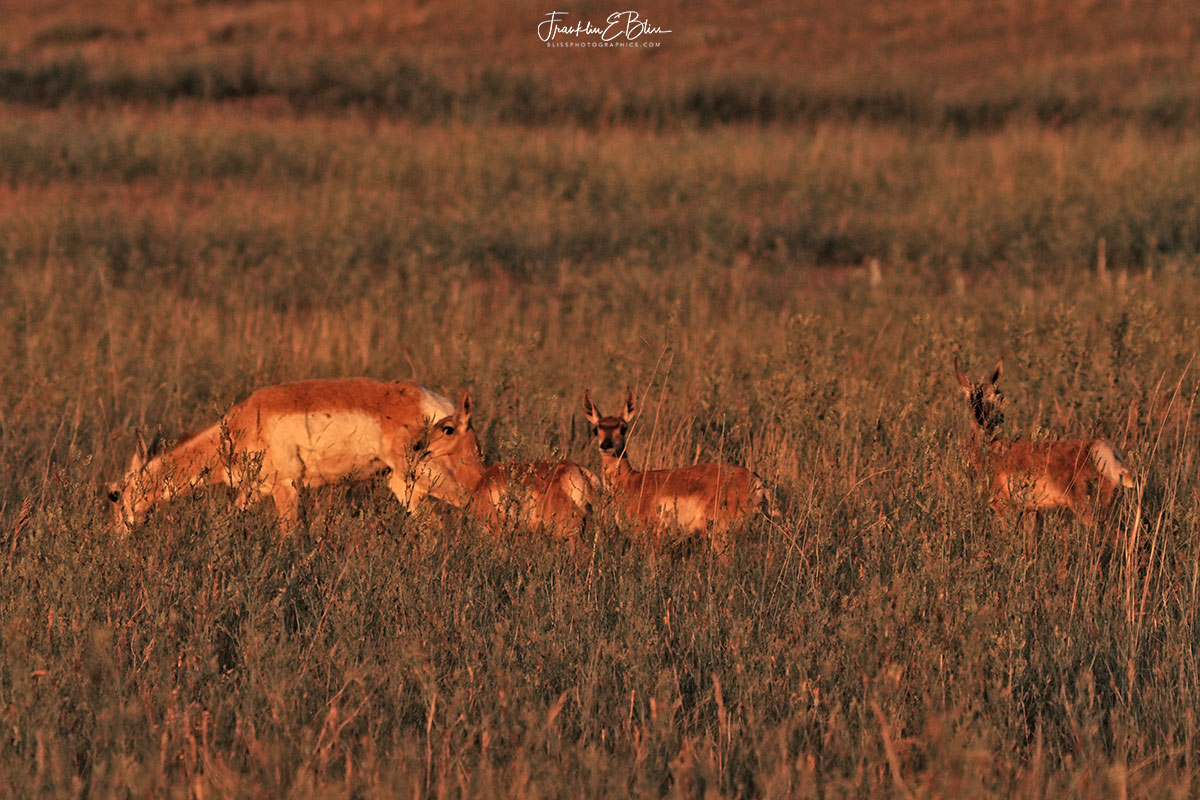 These are real triplets not a Pronghorn Nursery. Nursery duty is common among Pronghorns. A little over a month ago I noticed a VERY VERY pregnant Pronghorn Doe that was hanging close to water and food. I drove through that area a lot and got to recognize her and her me. Getting use to me in my Black Ford F-150 Raptor which to her must appear like a noisy grazing Black Angus cow. I drive toward them like a cow would graze. It takes a while but as you can see, not spooking the mother and getting the three stooges in the photo too was a lot of fun. Pretty hard to do as any of the three was off getting into mischief at any one time.

Like any baby animals, Pronghorn Fawns jump and react in unexpected ways to the little things they run into. These three were interacting with each other to a large degree over the time I spent with them. Circling a Mother Pronghorn and her babies is something I personally have never done until this encounter. I was amazed they didn’t spook off. I believe the Doe knew I was no threat. The kids apparently picked up on the attitude. Mother was certainly aware of them but tried really hard to focus on eating. I suspect she will have to gorge herself to keep up with the calorie demand from those three.

I drove off with them not even moving from the area they were grazing in when I arrived. The fawns even laid down in the grass together when I was there watching them one by one. They all laid down within a circle of just a few feet. I have a photo elsewhere of their ears in the grass lolol.