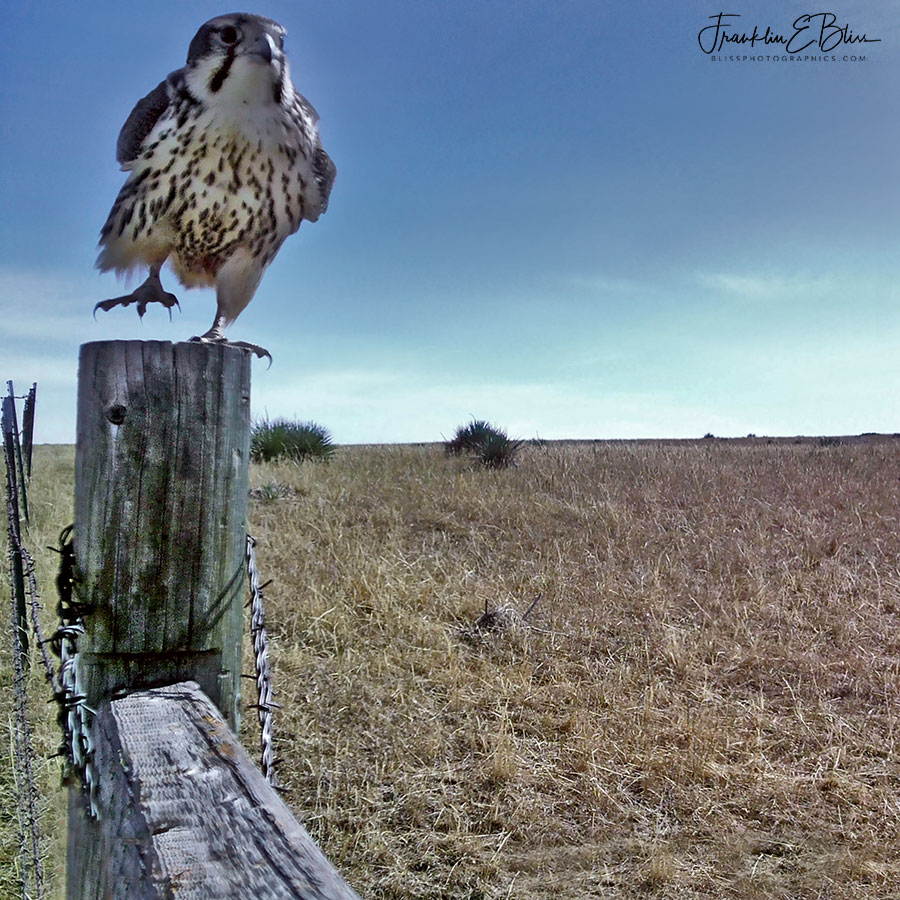 I was tickled when I got this. I’ve been planting Game Trail Cameras on certain Posts up high topographically. I figured that sooner or later I’d get a raptor of somekind dropping by for a visit. Bingo lolol.

This Prairie Falcon is about crow sized. That constitutes a largish bird for the Falcons. They do have about a 3 foot wing span if that gives you any indication of their power. Falco mexicanus is it’s scientific name and weighs not quite 2 pound. That’s a pile of guided missile with beaks and claws. Love the cheek patches. I’m not sure what he was dancing to but I’ve heard the fence wire make music before.

The trick here is to place the camera to catch the bird in focus. The lighting and his timing were totally random of course. Once I place a camera, it is autonomous in it’s actions for the next 1/2 year or so. Most game cameras don’t focus well up close and personal. Nor am I typically forunately enough to capture the bird totally in frame AND in focus. There was only one frame of this animal.

ALL of the game trail camera image I’ve dealt with have major problems for me to deal with. Most issue are related to the way they process files and the fact that they are less than a 200 dollar automatic camera. For some reason they don’t produce the image quality of a five thousand dollar camera rig. This one came out amazing to me. Got REALLY lucky with the lighting.