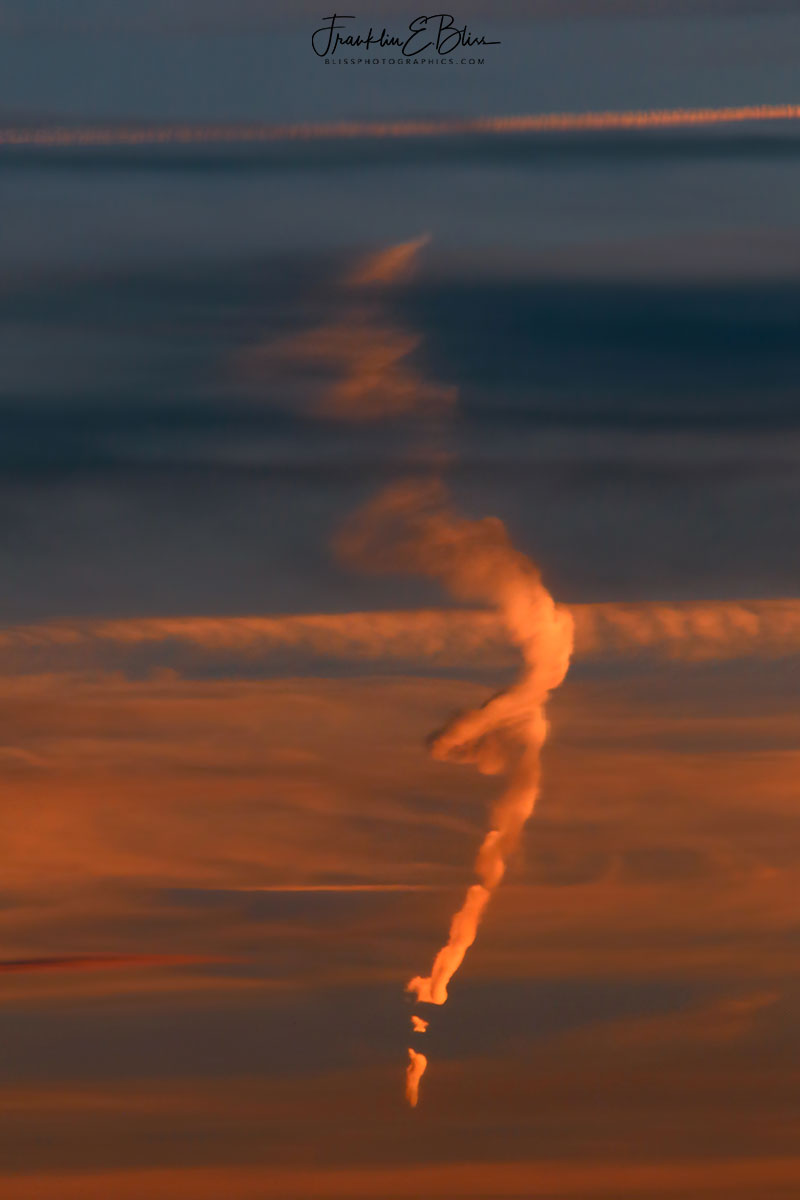 We live under the Powder River Flight Training Complex. It’s a huge area of South Dakota, Montana and Wyoming used by the U.S. Airforce to work out their rigs. A couple of times a year I see strange contrails during sunrise and sunset. Usually it’s without a long lens camera ready to rock in my hands. 🤔 (Rule one of photography is “Have a camera handy”.

These planes do a variety of maneuvers to train the crews that fly towards the sound of war… Obviously this plane (in clouds?) did a downward spiral at altitude only to recover still well about the hard deck. I’ve had a lot of encounters with the monster pieces of technology while living here. This capture is an unusual one every for living in the shadow of military activity over my place now and again. Ellsworth AFB is located just outside of Box Elder, South Dakota but think Rapid City. Without a doubt military is the largest employer in the region. Statistics show it the second largest employer in the state of South Dakota.