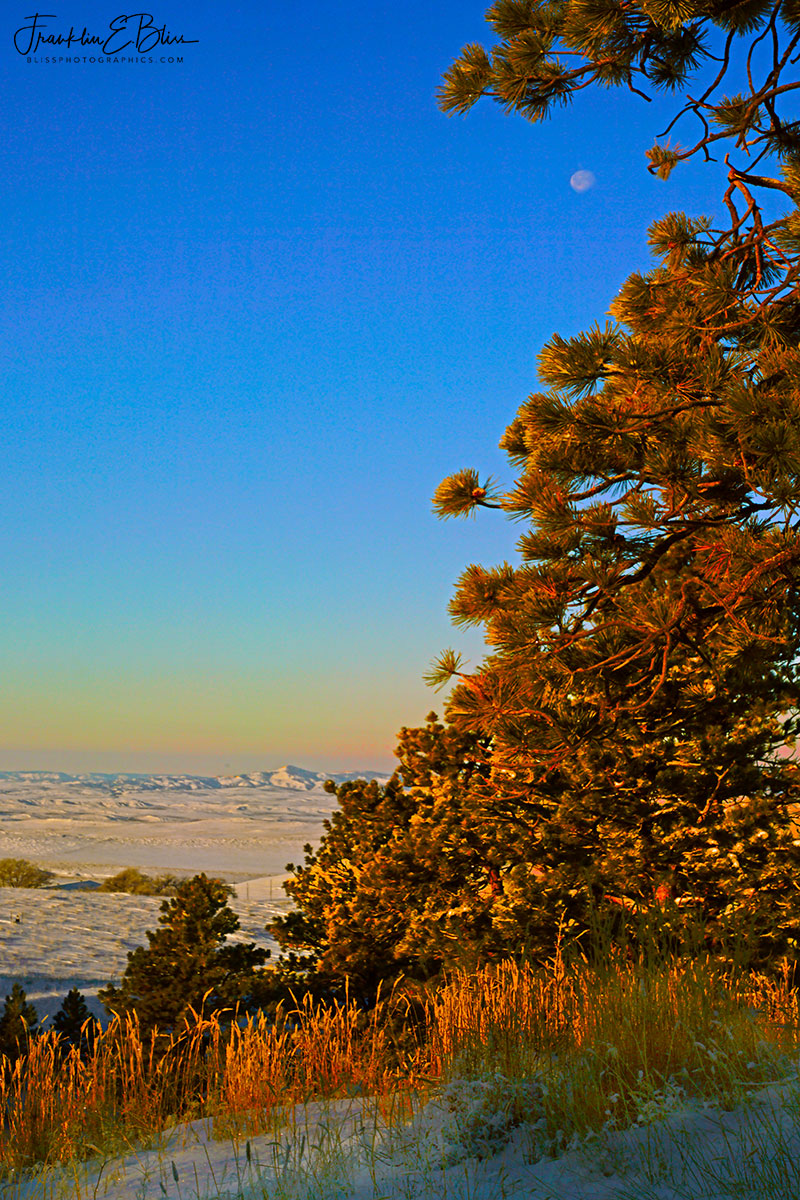 The peaks in the distance, known as the Red Hills reach 40 miles out from the camera. Most folks out east would call them Mountains. We live basically at the same elevation (4000 ft) as the ridge tops on those hills. The “Little Powder River” Basin lays between myself and the Red Hills in the distance.. Part of the right side of that ridge is in Montana while I’m standing in and looking at 1/2 a Wyoming , 1/2 a Montana scene. This Gibbous Moon captured here in the process of heading for the horizon/setting. Remember it’s not the moon that’s moving. It’s the horizon/you. I chase the moon from time to time. Sunrise over my shoulder was an amazing show that morning… Nice snow for an Early April.

The full moon that morning was too late setting that day for me to nab it’s photons while in the Belt of Venus. 😔 The “Belt of Venus has dissipated with the blue wavelengths finally making it through to the atmospheric Ice clearly suspended in the low atmosphere here. That icy haze was rich pink red 20 minutes earlier before the sunrise. that morning. The time lines from a really good sunrise/sunset might run 2 hours long for me. I might take 800 -1000 images during that two hours. Out of those, maybe 4 or 5 will make it into my work flow.