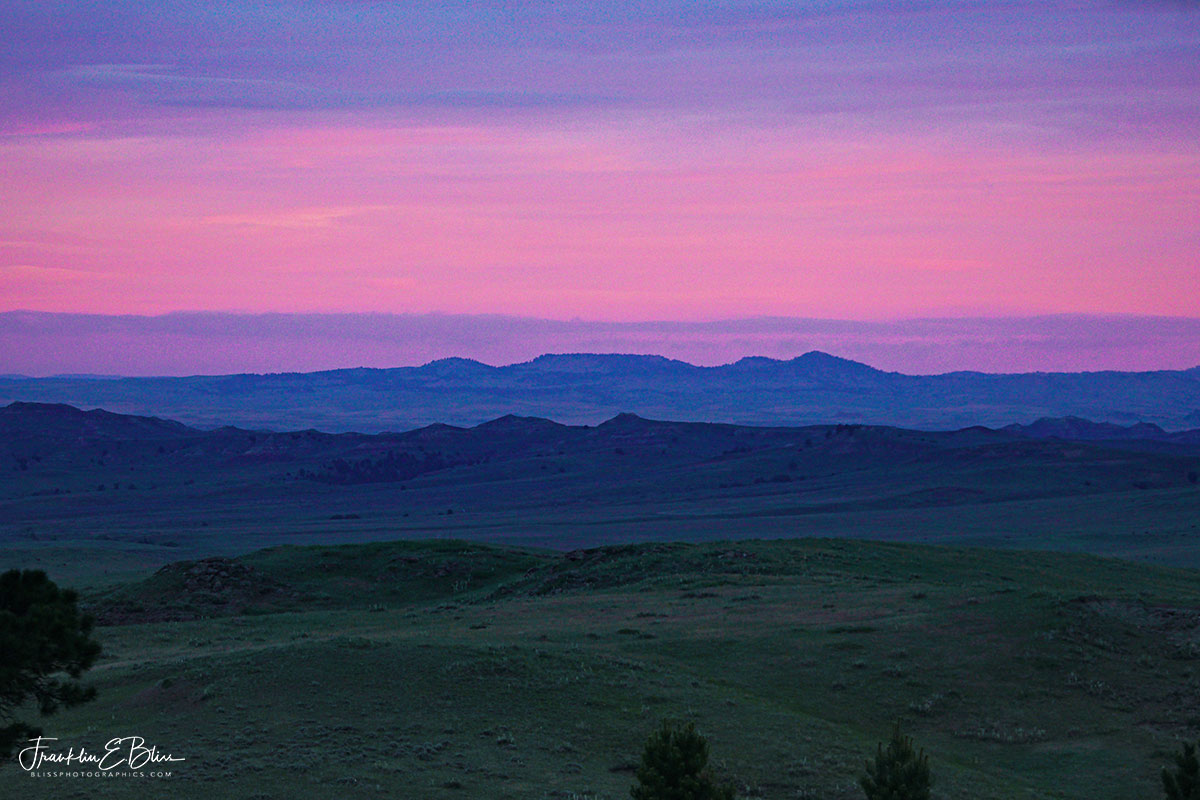 I don’t see a lot of really strong “Belt of Venus” Pink even in the winter but it’s out there if ice is in the air. At As the long traveled reddish light hits the projector screen the ice collectively makes, that ice glows the color of the light. Just before sunrise, the blue darker clouds barely above the mountains on those clouds is the shadow of the horizon on them. That shadow “zone” will turn pink as the shadow drops with the sun rising on the opposite horizon. The clouds above shadowed by the cloud deck topping the sun slit also on the opposite horizon. So just a bar of sunlight making it to cinema screen.

This is that moment in space and time when the red light of the ice filtered morning sun, touches the far mountains. As far as backshows go, this is a good example of that variety of Alpenglow. (Belt of Venus). The planet Venus is Often in the pink some mornings. The pink belt surrounds the sky behind a sunset or sunrise if there is a LOT of ice in the air. The best Alpenglow displays are early winter based on my experience. Atmospheric ice requires temps obviously below freezing and at 4000 feet in elevation, that isn’t that hard to do. I’ve seen good Alpenglow like mid-summer before. It’s off season appearance is a fairly common event but it usually isn’t this intense. Interesting year.