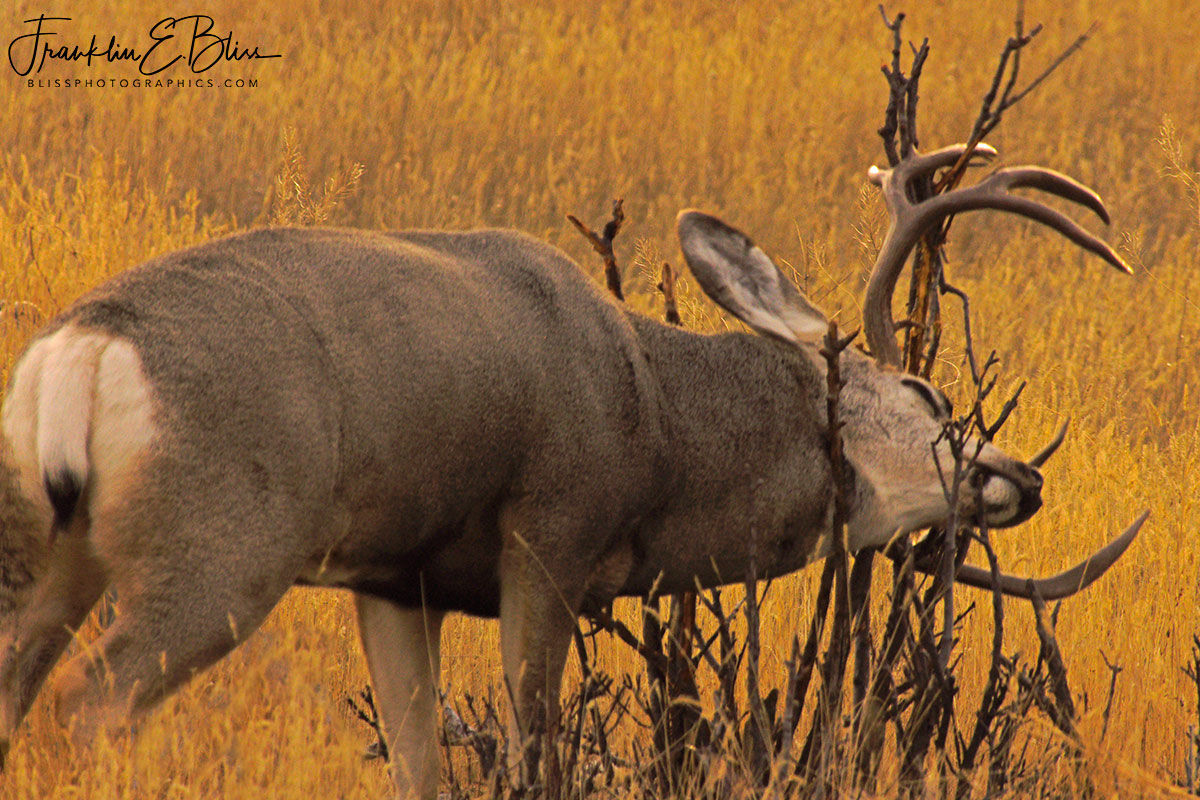 During the run up to the late fall Rut, the Bucks do anything they can to build up their necks. Itching their antlers might have something to do with it. This one has already molted it’s velvet off it’s antlers. This particular bush is a deer rub every year I’ve been here. I’m sure it’s been handed down father to son by generations of deer. Poor Bush gets a beat down yearly. It’s probably really old. Tough environment.

Big Male Mule Deer go to 330 pounds and the females go to 200 pounds. Mule Deer are actually indigenous to North America. Recognized easily by those distinctive “Mule” shaped ears. The hear extremely well with those big ears. I suspect they use their sense of smell way more though to detect danger. These guys are herbivores. They are survivors of what ever killed all the MegaFauna during the Pleistocene 11000 years ago.

Biologists say that a Bucks neck will swell up as showing the Mule Deer Buck Near Rut capture. They will swell up to 50 percent larger of a circumference adding more muscle mass. This is all related of course to the Rut which is the annual fight to breed. They live in a world of scents and hormones floating in the air from the does in the group.

Scientific data indicates that this growth is caused by a big surge in testosterone to the deer. That dose of steroids makes the neck muscles get big and also causes the deer to become more aggressive. I had a close encounter with a deer in my back yard a few Novembers ago.