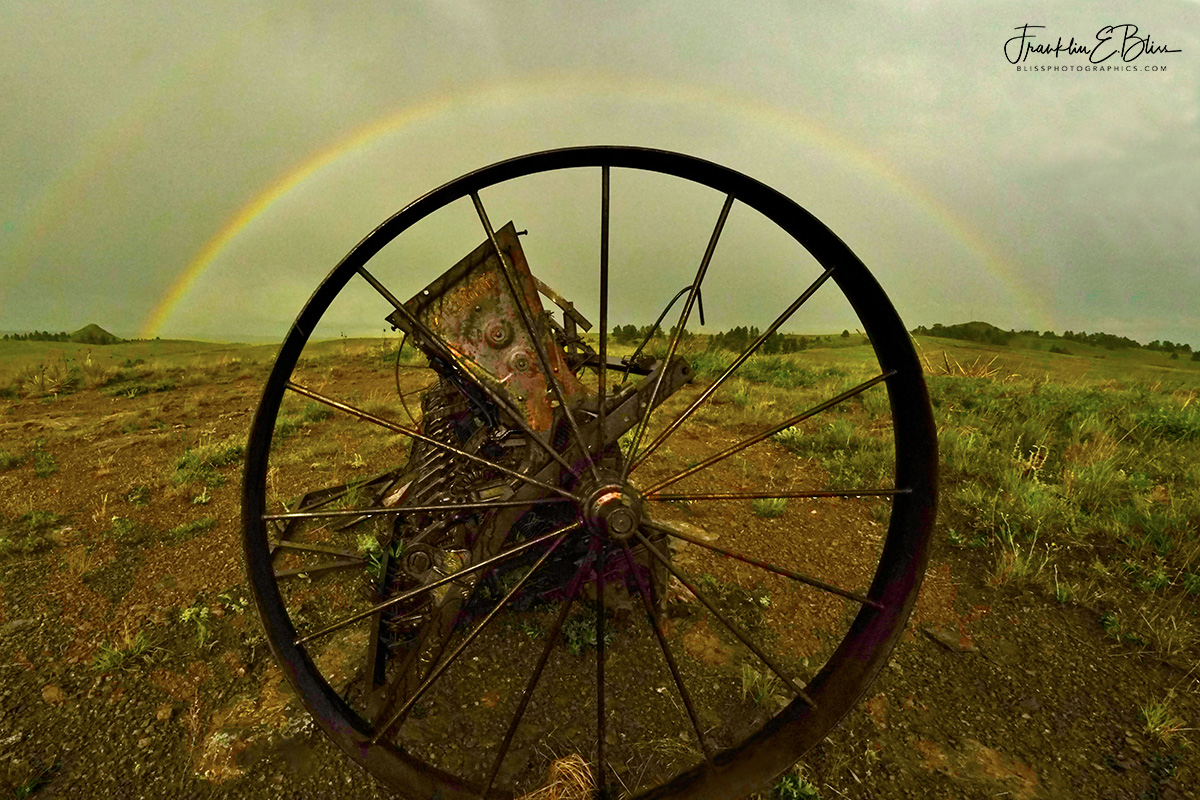 Arcs within arcs, an antique Deering Seeder under the Umbrella of a backcountry double arc of spectral refractions. There are 4 arcs here in this image but that second wheel was hard to work into this lol. I’m always on the look out for smooth curves and geometric shapes in an image and this one has a few 👀📸

IT was obviously raining at the time which is hazardous duty for me. I don’t go out in the backcountry too much in the rain. I don’t like to squish around in the mud wrecking the trails and causing ruts. The difference here is I was already deep in the backcountry when this storm came up on me. In transit to base I was until this idea popped into my head lolol.

Getting to a particular location like this requires a recognition of the opportunity of course. I was about a mile away from this spot when that rainbow lit up. The light bulb went off and yonder I went (after I got just the rainbow in the camera lol). Rule 2 of photography: “Get the photo somehow”