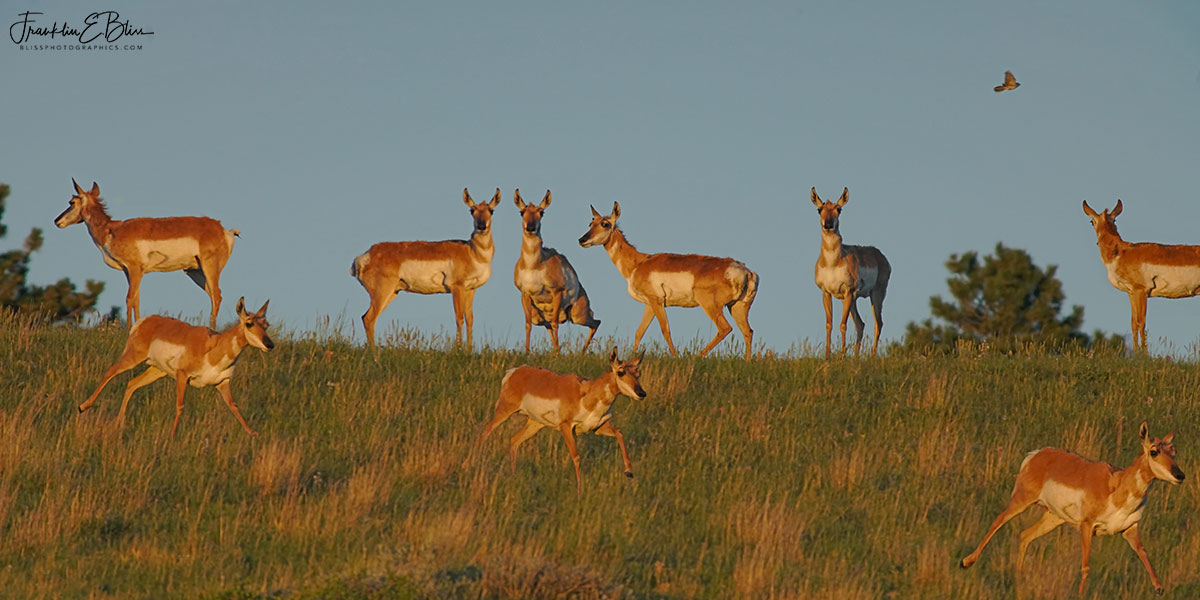 This is ART…. But it tells a story.

I was following this good looking Pronghorn Doe from below. I had a long lens on it quickly stopping in my tracks. My appearing over an adjacent ridge suddenly caused it to move. Here is the story…

Sudden appearances of scary smelly, noisy vehicles always throw a wrench into a nice day grazing in the backcountry. This is not a traditional multiple exposure. It is a digital recreation of the even placing the animal precisely on the landscape as it was recorded. The digital work alone took hours but I like the result. Thought it was worth your time as well…

SO this is ALL the SAME Pronghorn “documenting” each stop over the same patch of ground. From right to left the Pronghorn moved, stopping as the bird captured in the frame flew very close to it. The spooked doe stopped and watched it. Moved about 10 feet and watched me for a few second. From that quick glance she moved into a nervous shuffle only to stop and pee (more nervous activity). A quick circle and she was back watching me yet again. The thought settled in her mind I was a threat sitting there. Thusly she decided to head more to the left, looked over the ridge, evaluated and changed her mind. Quickly zipping back to the right where she extended and left my area.

I don’t do a lot of these….. Art, did I mention this is ART? It’s built on 9 different photographs… 😜📸 2:1 Diptych Digital Composite