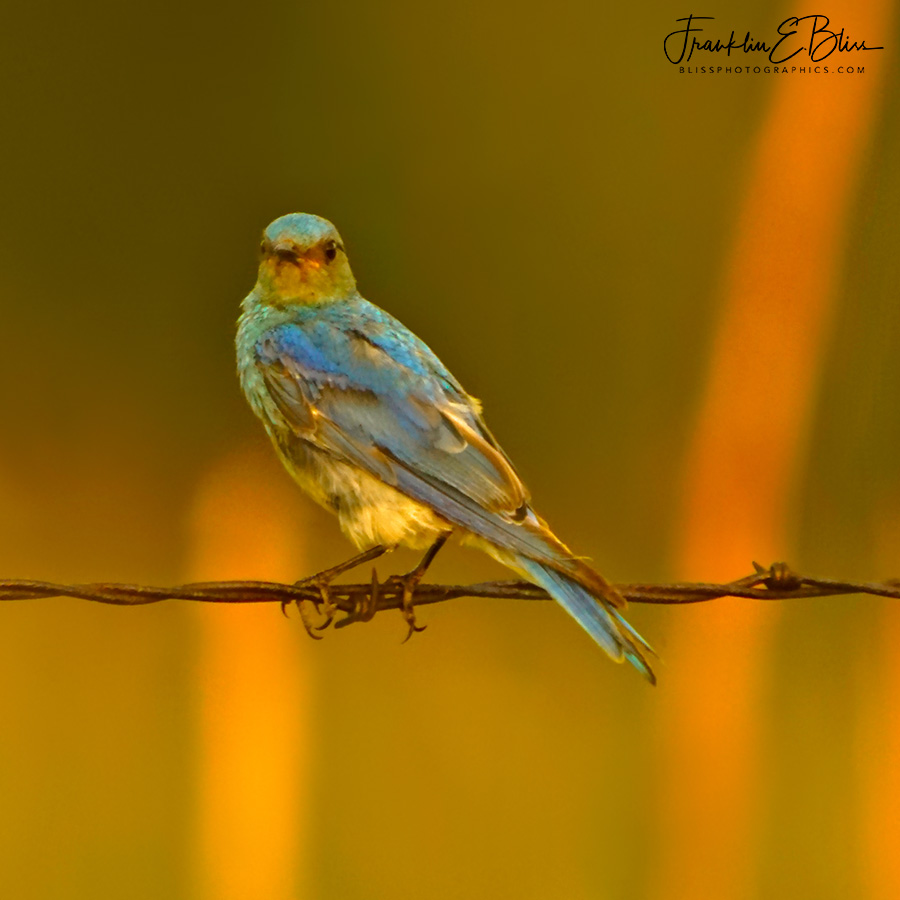 Mountain Blue Bird on a Wire (6 months out of season, remember these guys?)

These 6 inch long one ounce birds don’t make much noise in my experience but a little in the morning. Hard to describe. They are fairly small Thrushes with a round head outline and straight thin bills. Sky blue is how I describe the color but are a bit darker on the wings and tail but with a light patch under the tail and it’s stomach. These guys hoover while foraging for insects. I’ve seen it many times. This guy was jumping around this Yucca Flower frond as seen and zipping about and then back to this place.

He was putting on a considerably good show for me in my portable blind (my jeep at the time) while I had just crested a hilltop in the backcountry. He was flitting around this Yucca like it was a toddler on a sugar high. I just by happenstance had an 800mm camera set up with me that I grabbed off the seat for the fairly close encounter. Several other Males were in the area pretty much just watching the aerobatic display I think as I was … amazed at it’s abilities. They hoover to catch bugs so they have mastered their environment for sure.

We are actually a little low at 4000 feet in elevation for them as they are found to 11000 feet up in the hills. The do like our grasslands though. Lots of bugs out there for them to eat…. Good habitat for most insect eaters.