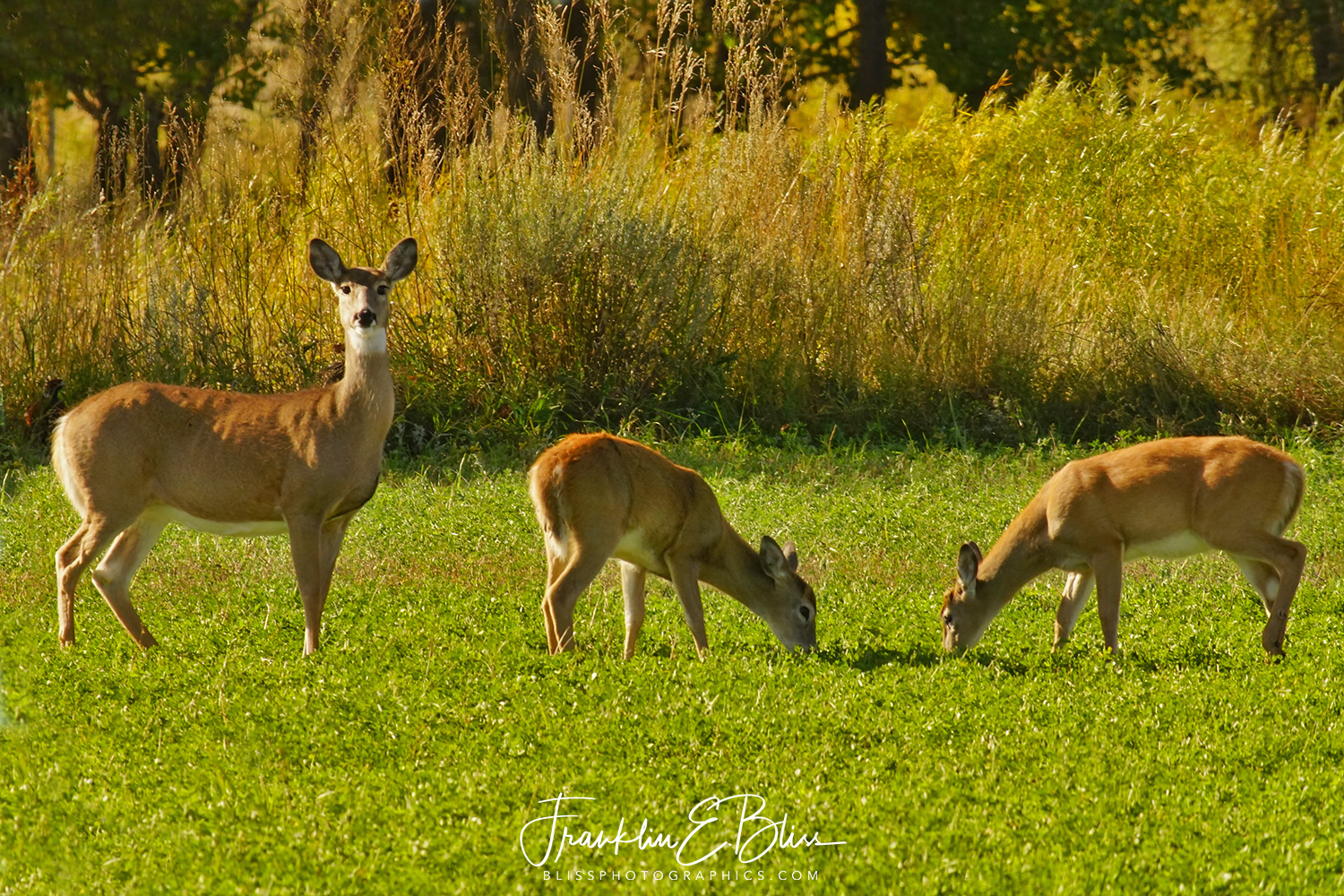 This “Mother Whitetail Deer with a pair of 6 month old Twins watches me while they are grazing. I was no threat to them and moved on without disturbing the kids…. Last I saw mom was still keeping her eye on the tail of my rig lol. I’ve seen these twins before and know where they water and tend to hang out. If I’m stealthy, I can usually get their image well enough without having to get in their face.

Both me (in what ever vehicle I’m in) and the groups of deer are usually surprised by the occasionally random encounters I have with them. For my part, They have never been pushed intentionally by me. Thusly they usually allow me to get much closer than the average photographer to my “prey” without stressing them and making them move off. Quick movements they don’t like.

This loose “tolerance” of my vehicles (which I never get out of unless it hides me). My loose relationship with many of these animals is the result of years of trying not to be a threat, them seeing me as they grow up every morning and evening. I tend to drive/act/move like a grazing animal in small movements, slowly working toward but stopping and stopping along the way to “graze” like every other animal out there. I’ve literally been able to drive out among several herds of grazing deer in the past. This year not so much but in past years it was becoming a habit of mine to “work” the deer herds. (I’ve seen herds up to 20 gather in some places near here (all private land and a huge area). Keeping my finger on the pulse of the backcountry up here has been an advantage. Dinosaur fossils, photos, 4 wheel drive daily, nature at least 3 hours a day every day that has good light….Sure, I’m “retired”….. Or is that actually “more tired” 🤣

This ground is under Snow as I type this (it posts one week later). Time Warp……I have to think a week ahead to do as I do. 🤔