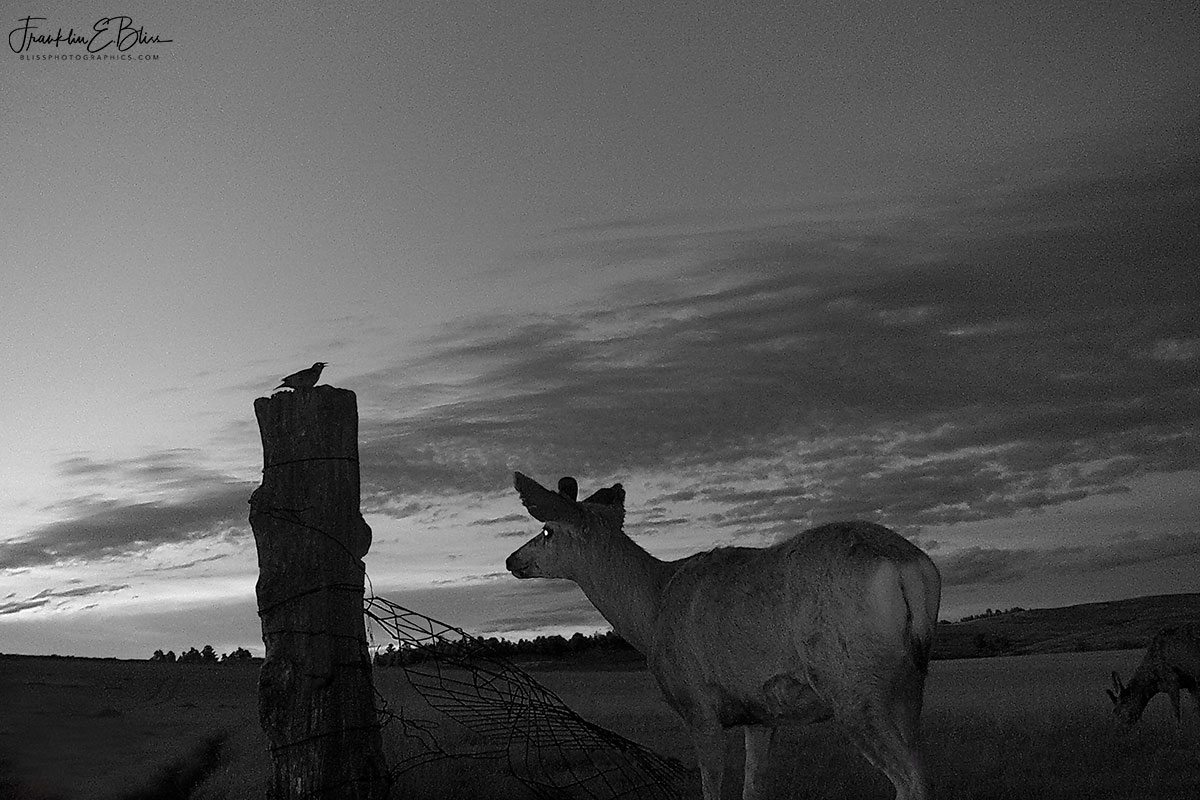 For a Black and White Game Trail Camera Night Shot, this came out pretty well lolol. 📷 Grainy as would be expected of an Infra-red camera.

Each game trail camera shot has issues. I spent some time working on in the digital darkroom this to fix them. The result was good enough to get published second today on my timeline. I love photos that tell stories. This has a wonderful obvious one.

A Mule Deer Buck Listening to a Meadowlark Sing it’s melody in the Twilight.

The bird on the post in silhouette is a Meadowlark. I know them very well, trust me it’s a Meadowlark. It’s singing it’s heart out to the Spring Velvet buck (you can only see one growing horn at this angle) . He was in antler growth mode in early June when this was taken. I have no question that buck is listening and watching that Meadowlark. Being the State Bird of 6 Western States, the Meadowlark’s are sort of hard to ignore even at 4:55 AM. What a way to start your morning 📸 . Actual sunrise that morning was around 20 minutes later. You have to look but there is a grazing buddy of the buck over on right frame.

Game trail cameras lag months behind as I only pick them up when I pass them. That might be 1/2 a year depending on the season.