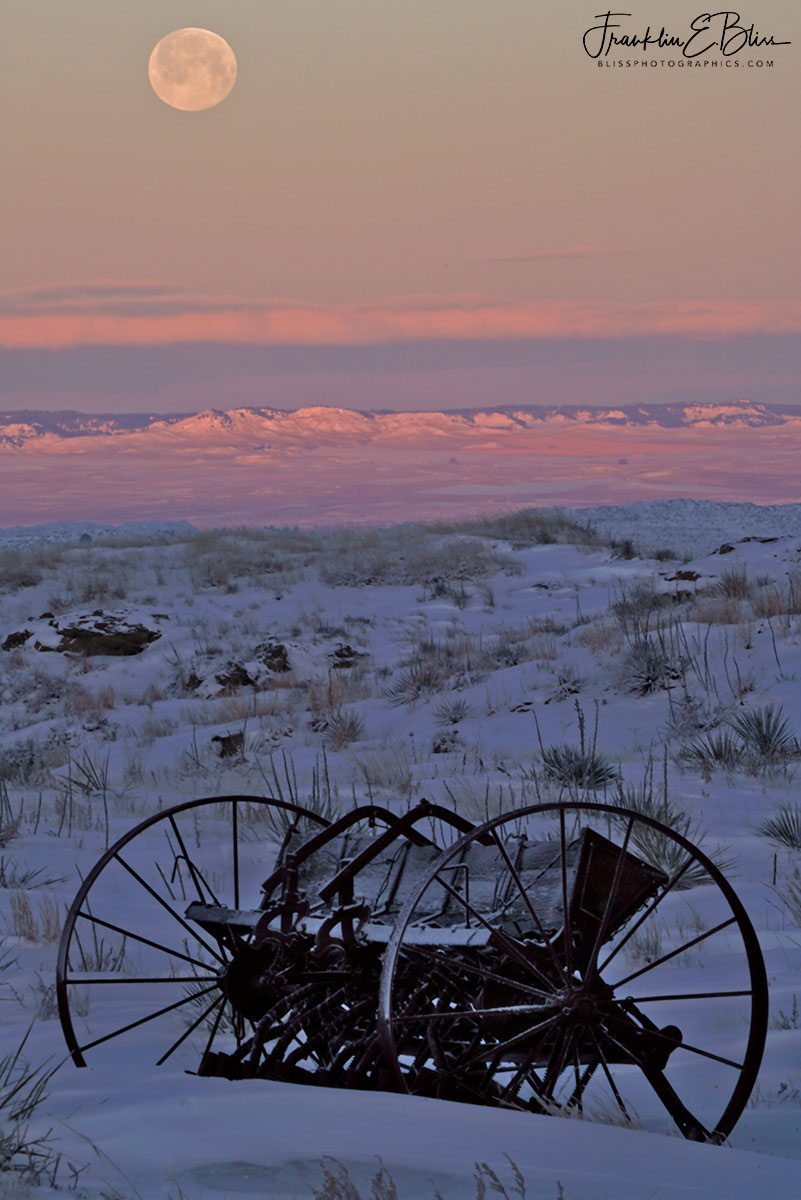 This is a deep photo lol. The Depth of Field (DOF) is very thick. Getting all this in focus is a technical thing that can be done in Manual mode as long as your camera is capable of the dynamic range required to get all this detail. These Sony Alpha 7R series have silly good ability in low light as you might have noticed following my work.

I always rant and rave against deeply blue snow which is (in my opinion) a very very very rare natural color only in EARLY civil Twilight.. Pink however does reflect off ice like a movie projector screen even after sunrise.. Pink is common relatively IF you have a set of mountains named (for real) the “Red Hills”. I wonder why they are called the “Red Hills”. 🤔

I see pink Belt of Venus” (BOV) Alpenglow light hitting the ground “Fairly” regularly in the winter. Normally at sunrise you just see the BOV as a pink band in the western sky just before sunrise. The shadow of the earth’s horizon being a shrinking with the rising sun, blue wedge under the pink band. With the sun arisen behind the camera above the horizon, that red light surviving traveling hundreds of miles through low angle atmosphere. It is the camera that is in shadow of the horizon. That shadow was moving at close to 1000 miles per hour toward me. (25,000 miles around the earth, 24 hours in a rotation = 1000 mph. Chasing the sunrise is a fools game unless your in a supersonic jet.