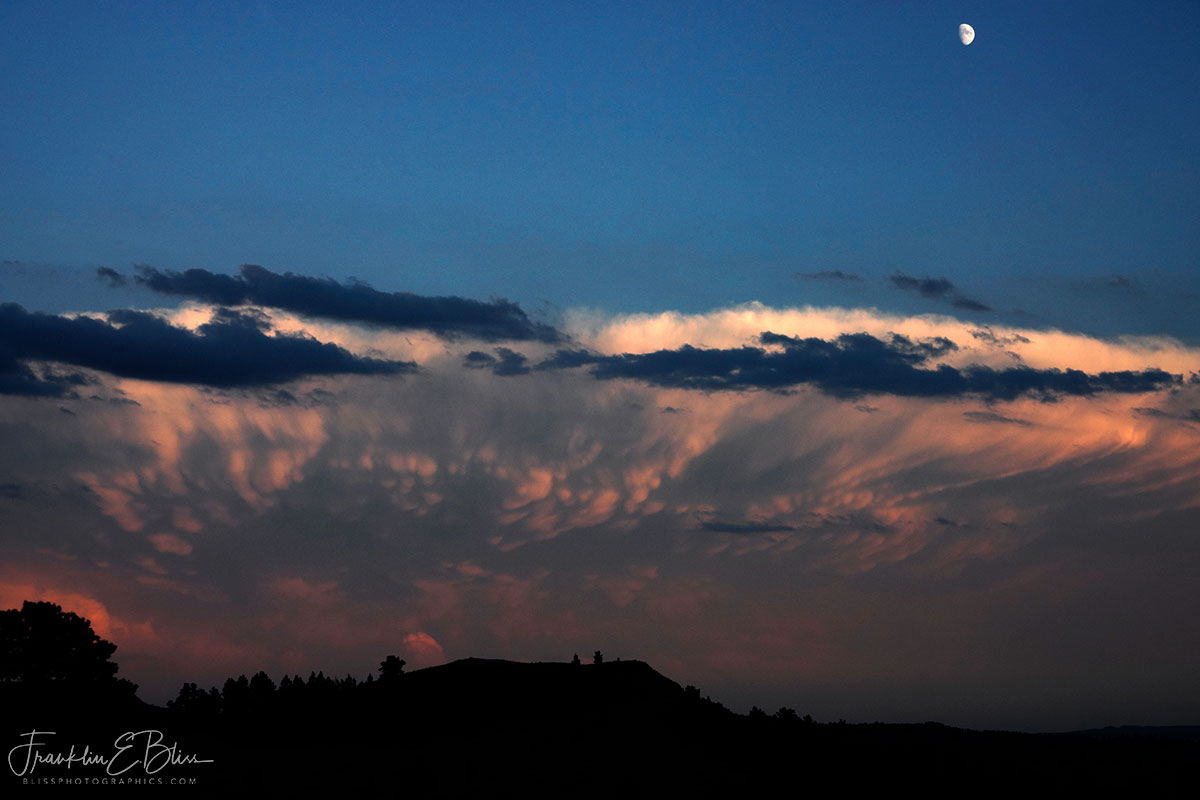 The First Quarter Moon has risen 1/2 an hour too early to be in the optimal position for me here. It’s still mostly a rule of thirds composition lol. This was taken in mid Civil Twilight. Roughly 15 minutes after scheduled sunset. There were additionally a host of storms behind me to my west. I was in a dark environment looking at a 30K foot high+ projector screen. That reflecting the “Belt of Venus” color gradient back to my photon capture boxes.

The Mammatus usually means a collapsing storm but they can be affiliated with serious weather. Being under this monster would have been less than desirable unless you get lucky to get just rain. It does happen. I might be hyper-sensitive to hail after watching chickens egg sized hard ice fall with all other sizes below for 1/2 an hour this July. These guys ruin insurance agents profit/loss ratios in the summer. They can certainly cause massive damage in their wake. That storm has as much energy as a small atomic weapon wound up in it’s rotation. There is a LOT of mass there too remember. I wonder how many gallons of water is suspended up there … humm.

A generic thunderstorm cloud contains enough water drops to fill up a 275 million gallon container. That’s around 2.3 billion pounds of water. Alternately = 1.1 million tons of water. Assuming a thunderstorm produced one inch of rain over one square mile. This would be 17.4 million gallons of water . Weighing 143 million pounds. Amounting to around 72,000 tons). Heavier than air all of it. Lots of energy to keep it all suspended up there eh?