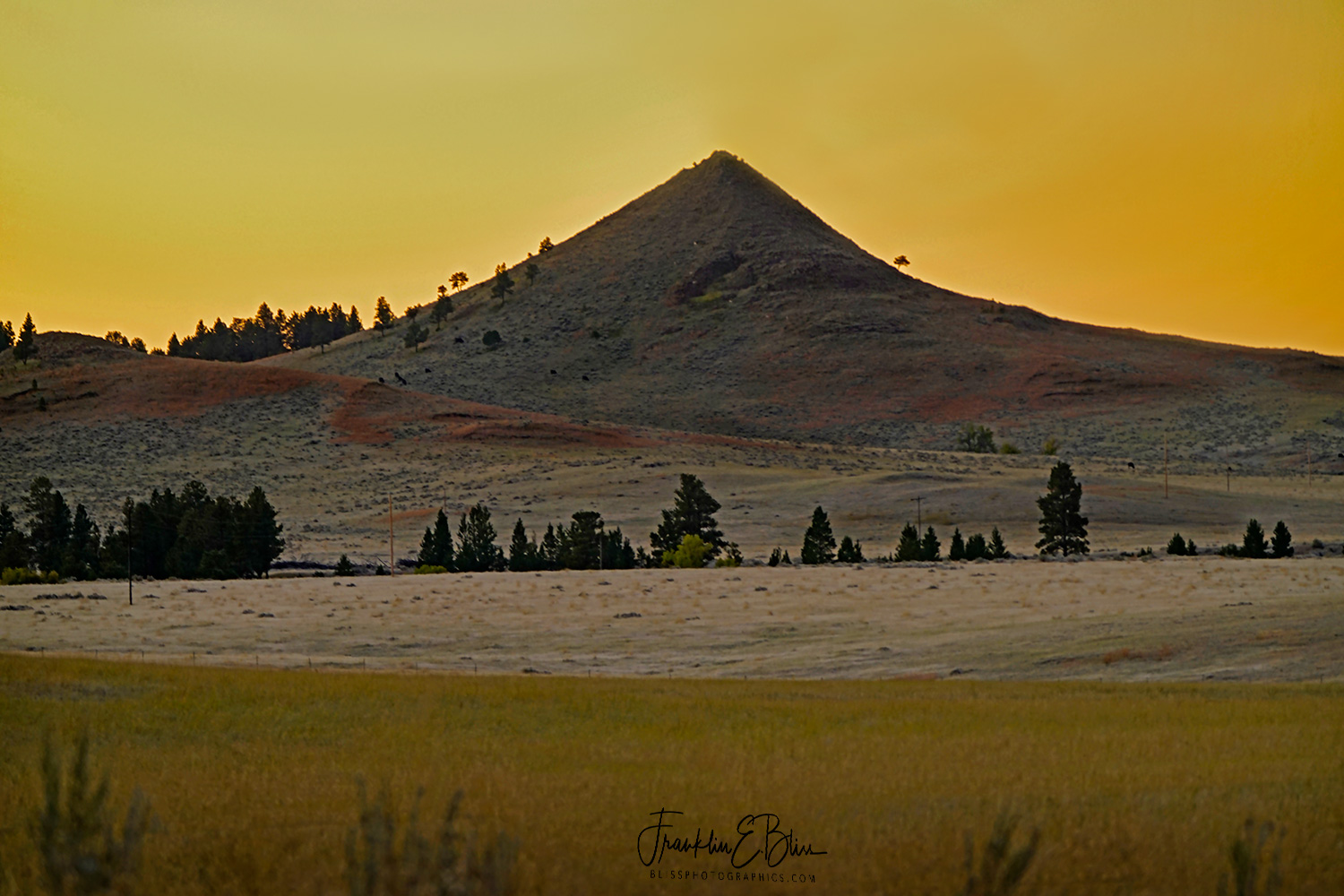 Locally this “Pyramidal Hill” is known as Mitten Butte. The Yellow Alpenglow behind on this Frosty Morning was captured a bit more than a week ago as the image just now made it to the web and gallery.. Twilight Landscapes are all dark…because they were/are 😁

A good word to look up would be “Monadnock” Great word of the day.

Geologically this hill is an erosional remnant, still standing when all the material/sediment around it was washed away. A hard cap rock and being at the top of the drainage made this possible. I’ve been to the top 3 times in 20 years. I do have photos somewhere lolol. There is no road up there as it is state land. The only way up is to hoof it. It’s about 300 feet higher than the base. IT’s Lance formation but no dinosaurs or fossil microsites that I saw and I have pretty much walked it all. . Because it’s state land, it is illegal to disturb any vertebrate remains I would have found. I saw some small pieces of vertebrate materials but nothing worth telling the state geologist about. I just wanted the viewpoint to see what was up there. Big view and not much but harder rocks than lower down the slope. All sandstones/mudstones and silts. Cretaceous river sediments is all that hill contains. No mystic Pyramid or Volcano, home for aliens or some other exotic purpose. Just a pile of hardened sand/mud/silt.