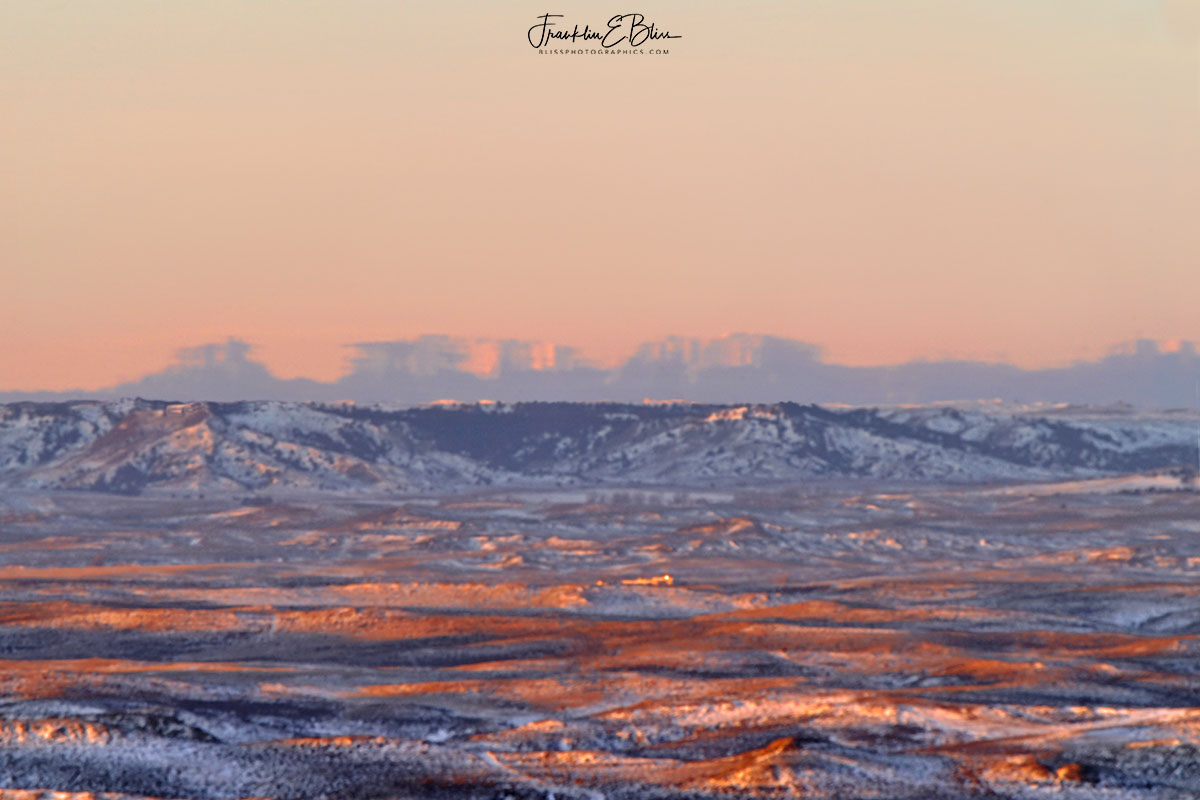 Mirage Over the BigHorns (They don’t look like that)….

Often observed over large patches of snow/ice at low uniform temperature. Sounds like here lolol… A Fata Morgana is a pretty rare event in my experience. I’ve never seen this before but it can occur anywhere. There is no limitation for temperature though as they can occur on hot days. This was not a hot day lolol.

Fata Morgana is described as a very complex “superior” form of mirage. It will have three or more distorted erect and inverted images . All within the primary mirage. Changes of the constantly variable conditions of the atmosphere cause it to change form rapidly. A Fata Morgana may change in infinite ways within just a few seconds, Including changing to become a straightforward superior mirage. A superior mirage occurs when the air under the line of sight is colder than the air above it. This unusual arrangement is termed ” temperature inversion”. Warm air above cold air is the opposite of the normal temperature gradient of the atmosphere during the daytime. That obviously was the case here.

Seen from sea level to mountain tops, this phenomena has even been seen from aircraft. I’ve never ever experienced this in 20 years of living up here. Now the Big Horn Mountains are 130 miles distant. That is one long distance mirage. About 200 miles line of sight past the Big Horns are the Wind River Mountains. The strange slopes COULD be from the Wind River Slopes showing in the mirage. Alternately, the mirage COULD be Multiplying and stacking in several layers the slopes of the Big Horns themselves. (Educated Speculation at best).

Title: Mirage Over the BigHorns