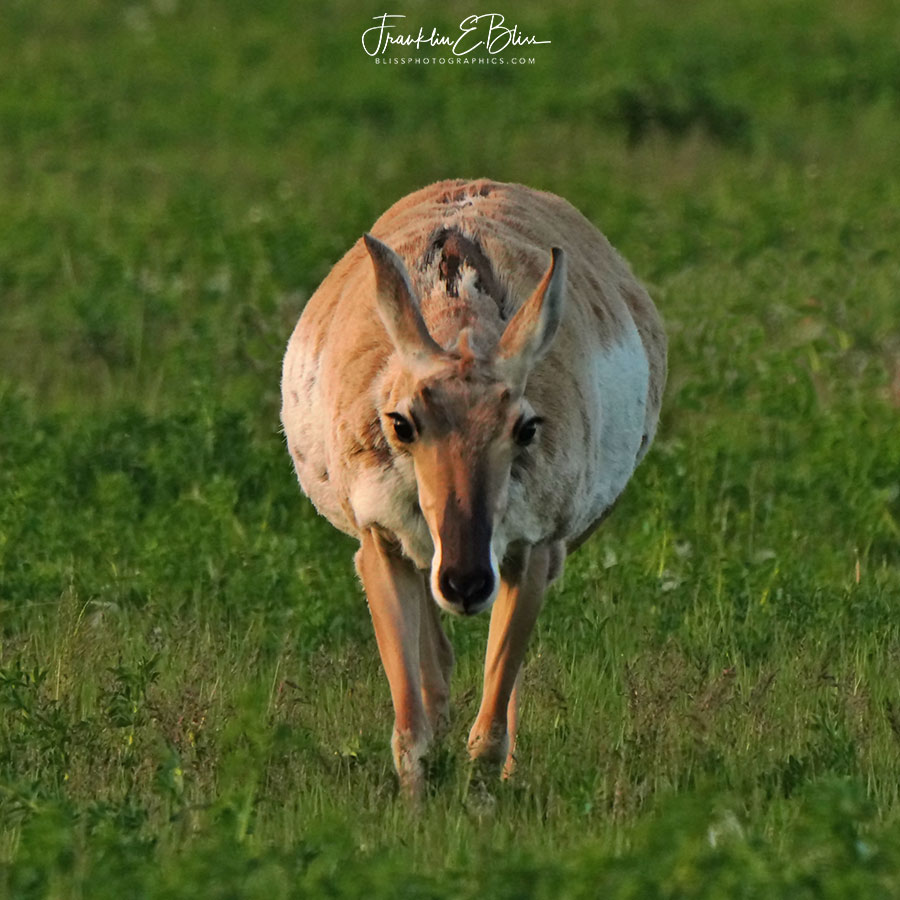 It is fairly unusual for a Pronghorn of any sex to walk toward the camera directly. This one is a doe. I can count on one hand the number of images I have even similar to this posture. Mostly visiting photographers see their butts heading out. Oddly, she was literally walking directly toward me for some distance. Must be near sighted… Or that Black pickup looked like an angus lol.

I would indicate though that if there isn’t triplets in there, I’d say she is going to have quads. Technically this might be the biggest “Fastest” land animal in North America. She might have been a little not fast enough last fall. I will tell you with certainty that she is not as quick as she was last year before that Buck got involved. I’m really not sure if she is aware of the fact that that “coat makes her butt look big”. I’m not going to tell her. A professional has to maintain appropriate relationships with photographic subjects after all.😇📷

I see so many Pronghorn each year I can’t keep track of individual does but this one seems familiar with me anyway. She looks pretty scraggly but that is only because she is shedding in clumps of fur. She’s perfectly healthy. Most Pronghorn in cattle country have big chunks of hair off their back as going under barbed wire fences at 30 mph has it’s draw “backs”. I’ve seen those scars get infected before but it’s not that common such that it kills them from it. It’s only known in the Presidential “Book of Secrets” why they prefer to go under fencing rather than over like every other ungulate in North America. 😜👀