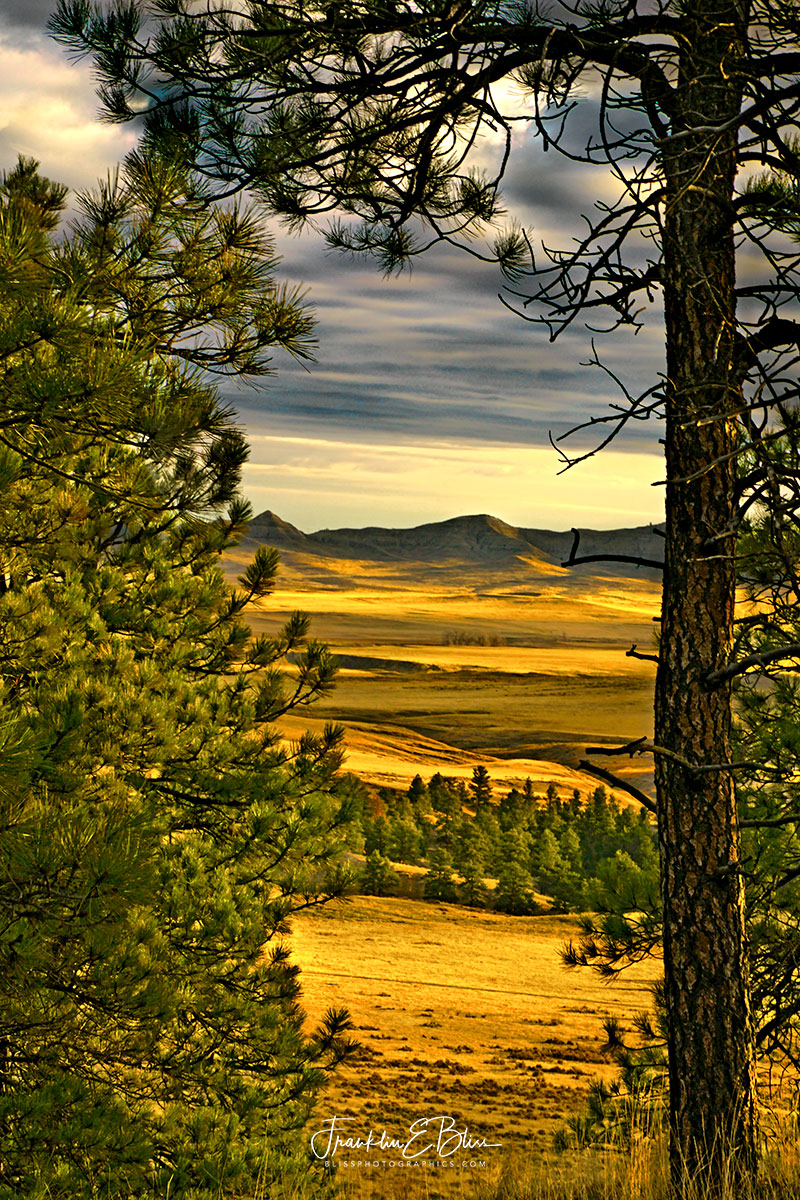 I am literally standing on the Montana/Wyoming border taking this shot. This is a favorite overlook of mine. A view to the north of the Mud Hills which is the first Mountain range north of my ranch. It sits across the 10 mile wide Ranch Creek Drainage. We call this place the “treed” pasture as it’s about 2 square miles of mixed pine trees. There are many parallel ridges/grassy hills with deep gullies between.

A land of many uses:

Cattle grazing during the summer pasture is a major use here obviously. Cattle can’t be pastured around pine trees in the winter as they will eat the needles. Those needles contain turpentine which will cause the pregnant cows to spontaneously abort. Several hundred cow/calf pair hang out around here for a month or two during Late May through Early July. We move cattle out of here in early July to facilitate the Wyoming Tactical Rifle Championship. Courses 3 and 4 use the borderland areas of our ranch. .

This ground has been home to a nationally ranked Team Tactical Rifle Championship for 18 years. Almost 4 miles of groomed rifle courses in 16 shooting stations. Exposing 150 fixed reactive steel Targets out to 1200 yards. This location is the last (or first) station on course 3 lolol. Snipers nest with literally thousands of precision rifle shots at those reactive steel targets down range.

There are a few dozen fossil locations (I’ve found so far) within this “Pasture”. Hell Creek/Lance Formation exist here that contain dinosaurian (and others) fossils. I found my first dinosaur tooth in this pasture 18 years ago. I knew they were here, I just didn’t know where. You do have to look though occasionally I stumble on dinosaur bones laying in the grass. They often look like any other stone in the middle of the prairie. I have found several fossil locations that way. You can’t find them if you can’t see them lolol.

We even have had a nationally released 4×4 video in 2008 filmed here. Peterson’s 4 Wheel Drive and Off Road Magazine filmed part of their “Ultimate Adventure” video series here that year. It’s out there if you want to watch several high end jeeps flip over. All trying to climb out of some of the soft sandstone lined gullies here on ranch.

As I say, a land of many uses…