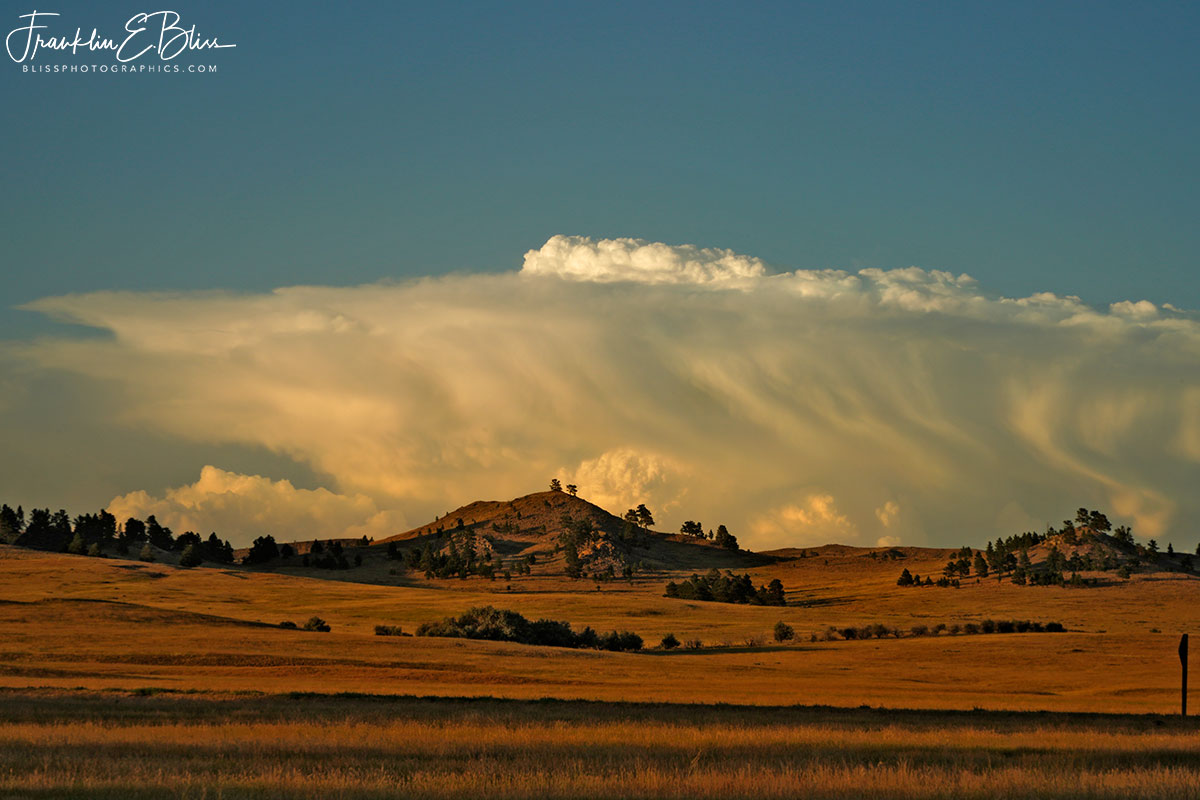 These monster storms often miss us entirely, sometimes not so much. We had one roll right over us dropping 1/2 hour of up to 3 inch hail on the place. A mile wide strip of crushed grass and broken things. There were at least three ranches up here along the border that got pummeled in early July by one of these big clouds. We do get much needed rain from the periphery of these big fellows. Sometimes you get a little more than you need. Flash Floods, Hail, Lightning, Tornado’s do come out of these. Occasionally we get just a nice rain 😜

The HUGE country up here only sees a few tornados a year. The big rotating mass (like a 80 mile wide top with a 20 mile across base) spins very slowly, imperceptively so. The drafts and wind currents clearly visible along the sides. The center of the cloud was still growing taller in this point in the storms timeline. Rotational energy in the horizontal that turns into vertical becomes problematic. Tornado’s are no fun except to see at a distance.

I followed this storm for about 3 hours leading into late twilight. It was such a good projector screen later in the evening for that late twilight “Belt of Venus” pink and orange. The road way added a few layers to this red tinted landscape. It’s Golden Hour lighting at this point in the timeline. That just hasn’t reached up to the clouds yet just hitting the ground as I clicked this frame.