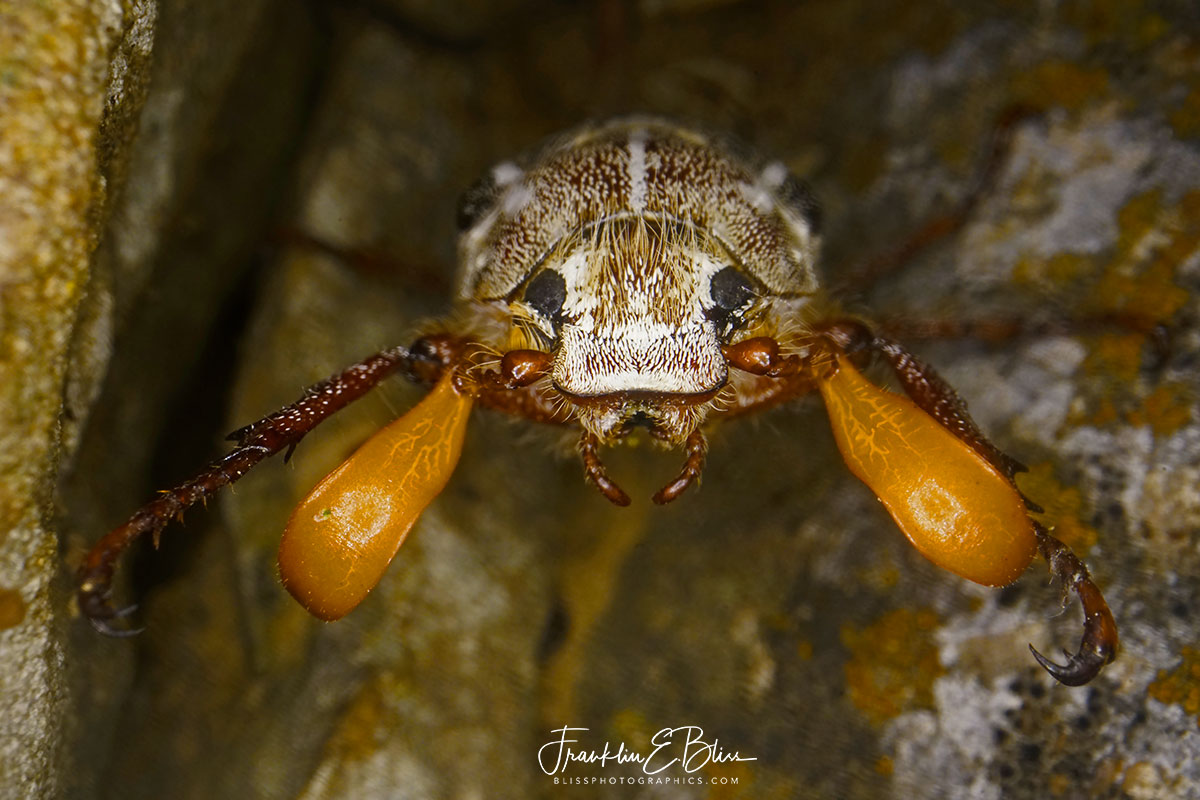 10 line June Beetles larva eat roots of all sort of good plants so they are a shoot on sight critter. I tend to shoot them with cameras but they don’t necessarily get a catch and release program assignment. Only because they are a marvelous bug from a looks perspective did he survive this long. An inch and a half in length, maybe a 1/4 inch high. I have other captures of this hissy fit fellow.

The species puts on quite a show when you get a little too close or try to handle it. On a general basis I categorically consider them a grump. It’s not much happy here about my big “eye” lens in it’s face. Those 4 hooks on it’s front appendages are to be respected according to him. Waving them like they were big sticks, the still had other legs on the rock. He was standing up telling me in no uncertain terms to “leave him alone”.

This image doesn’t show it but those yellow antenna are made up of layers of antennas. I have another image showing it. This composition was his idea not mine. Bugs are like photographing young children. They do what they want but you can USUALLY get their attention. This one didn’t fly away and pretty much stood his ground if he could. I would look pretty big incoming with a big macro lens plus he would see himself in the lens mirror ….. aaaaaaaaaaaaahhhhhh!..