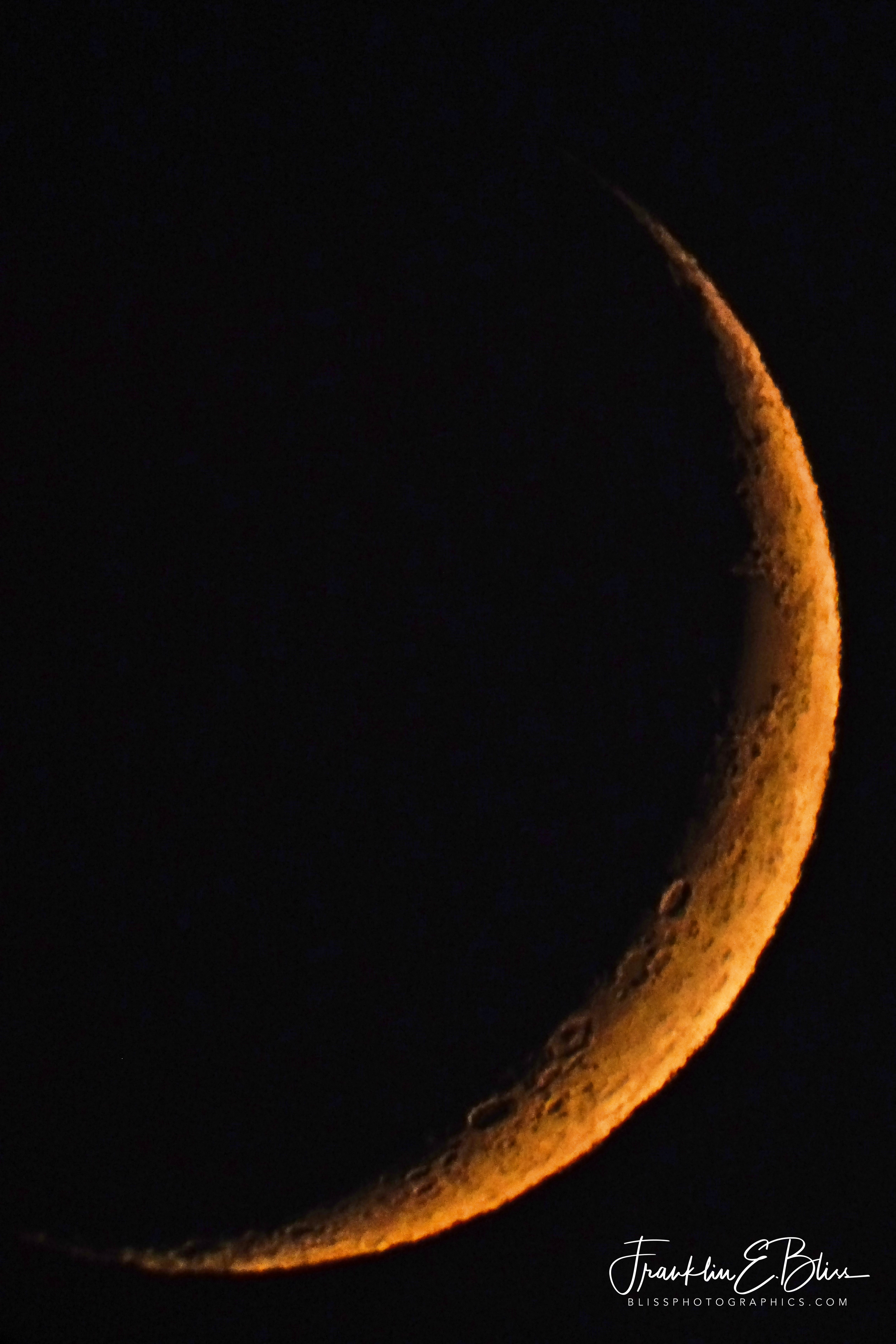 At 239,000 miles away, this Low Sky Crescent Moon is a pretty cool image. It’s only a 5 percent or so crescent with edges distorted very sharply by the atmosphere. Taken this last week. I just got to finishing it but it did get pushed to the front of the line lol.

Using a terrestrial optic to do astronomic work is usually wrought with problems. This was taken while the camera was resting on my Jeeps Window. No tripod. No sharpening just as it came out of the camera minus a little crop. This is a full resolution 2×3 feet aspect image. I left a little extra black on the top because the moon would continue up and is actually centered vertically.

Seeing into the shadow happens occasionally but not on this one. Usually you see it with just a little atmospheric ice acting like a projection screen to the light that is in that shadow. Pretty inky black sometimes. The best shows are during the lunar eclipses where that dark shadow area is visible in the “earthshine”.

Seeing Details on/in Craters still is better right on the “terminator” (where the shadow meets the light). You can see the long shadows better which helps resolve the topography. Contrast is higher at the terminator.