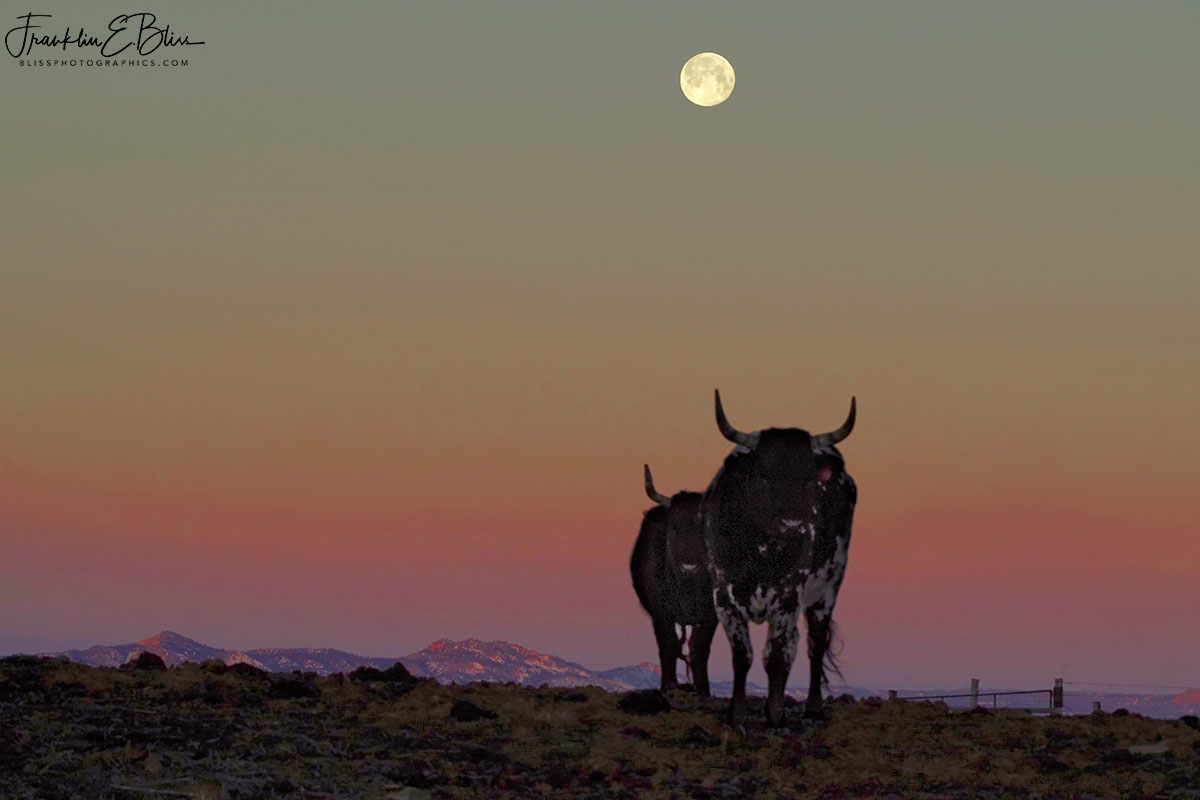 I’ve officially declared this last Monday of 2019 Moon Monday. As such I will post 6 of my favorite moon images elsewhere on facebook. Over the day. This morning at 6 AM was the first. This is the 9AM entry.

The Pink “Belt of Venus” variety of Alpenglow consists of ice illuminated by red light. That light made it through hundreds of miles of similarly ice filled atmosphere. Only the red light makes it through. Here the timing is such that the red is also gracing the “Red Hills” (their real name). Make’s one wonder how those hills got their name.😜Most folks out east would call them Mountains. We live basically at the same elevation (4000 ft) as the sun line on those hills. There is a 40 mile wide river valley draining into Montana between us. Those hills are a far bit down yonder….

The full moon that morning was too late setting that day for me to nab it’s photons while in the Belt of Venus. 😔

I would say right out of the gate that making cow pies in a scene an integral part of an amazing image I trapped out in our west corrals is a skill lol. 📷 This environment is RIGHT at sunrise ongoing over my shoulder. The cattle are standing in shadow where the tips of the “Red Hill” are getting illuminated. Our place is in morning shade for about 20 minutes after sunrise. There is a big ridge to our east (Ridge 1) that I work photographically for it’s 180 miles skies east-west.

These are Corriente’ Longhorns. The lineage was first imported into the Americas in 1493. They are tough guys and olympic quality athletes all. They take very little care but go where they want to. Fences are just inconvenient to them if they really want to go through. They use those horns. Smaller Corriente’s boss much larger cattle around easily and routinely.