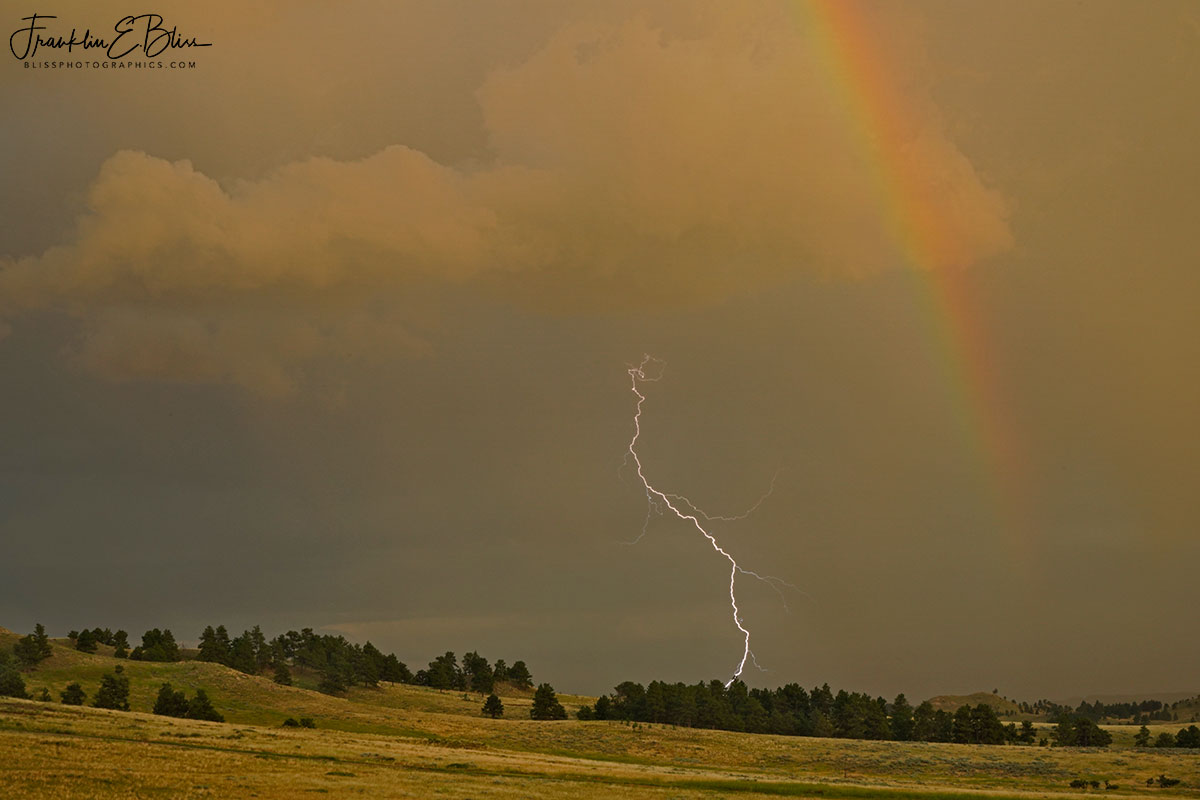 Lightning and a Rainbow

Lightning AND Rainbows together I have determined are an uncommon capture in the same photos. At least during my time travels lol. I’m thinking I have ONE other recent high resolution digital capture taken staring “Sneaky Pete” the windmill with a rainbow plus a lightning shaft. The storm that produced this scene gave me 1/2 dozen other similar captures that will slowly work their way into my daily published posts.

This was a very small part of a very large Mesocyclone I had been tracking on radar all day. It started down in Casper with it’s track bearing down on us. It JUST missed us by a few miles to our east. I’m sad we didn’t get the precipitation but I’m glad this monster missed us. We have had enough wind damage this year. My best to my friends/neighbors to my east after this storm. We all roll the dice with these big prairie Mesocyclones. Basically they are 100 mile across spinning tops of clouds. Tey have the power of an atom bomb expended during it’s brief lifetime. I have some AMAZING larger wide angle storm views of this storm.

Fortunately there wasn’t TOO much lightning that I saw. The fire danger is high. My lightning triggers liked the light on this particular storm. Some times none of the various triggers I use pick up a bolt. I might have three cameras set up on three different camera triggers and only one will take it. Go figure. I endorse no camera lightning triggers as of yet in my professional career. Some bolts are captures such as this.

Title: Lightning and a Rainbow